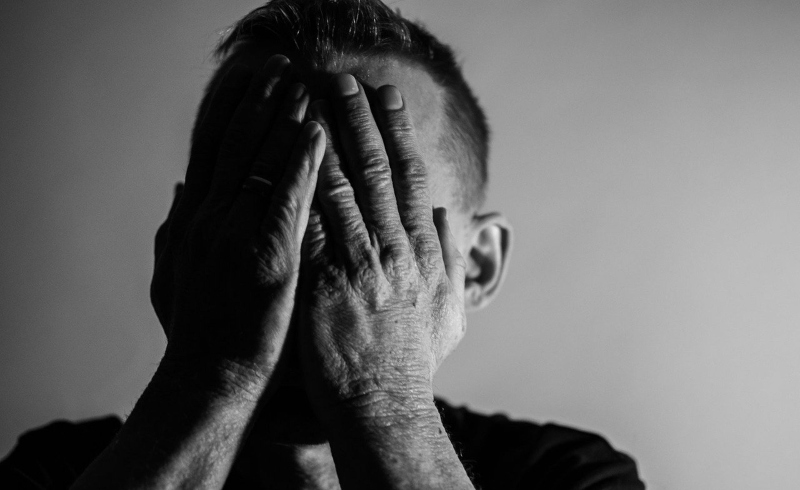 —
“A third of Americans are showing signs of clinical anxiety or depression, Census Bureau data shows, the most definitive and alarming sign yet of the psychological toll exacted by the coronavirus pandemic,” according to a recent article in The Washington Post.

There is a nationwide effort to raise awareness and help end the stigma for people with mental health conditions. Let’s remember that as public discourse about mental health increases, the associated stigma decreases. That’s why it’s critically important to shine a spotlight on a range of mental health issues affecting people of all ages, from depression to dementia. Fostering open communication, education, transparency, advocacy, and outreach — both online and offline— are solid strategies to eradicate prevalent myths, fears, and stereotypes.

Consider the following statistics from the National Alliance on Mental Illness

If you haven’t personally experienced a mental illness it’s likely you know someone who has faced challenges inside and outside the workplace due to a psychiatric condition. People affected are our friends and neighbors, parents and relatives, co-workers, and acquaintances.

There’s still a huge public stigma associated with mental illness, even in today’s modern age. Will it ever end? Perhaps more people will come to terms with the reality that mental illness is similar, in a general sense, to any other serious illness such as diabetes or cancer, for example. But other illnesses aren’t considered taboo topics in society at large.

Even though mental health support groups and advocacy organizations have grown over the years, the stigma lingers to the detriment of society. We hear about mental illness in the news, but usually in connection to mass shootings, suicides, and related tragedies. These negative stories serve to reinforce the public myths, fears and stereotypes which already abound. It’s rare to see a positive story in the media about people with mental illness. The news media need to do a better job with explanatory reporting and highlighting success stories.

We unify to observe Mental Health Month in May each year and similar weekly or daily public interest campaigns to raise awareness. However, most people then go back to their daily routines and don’t think much about it — unless they are personally affected or know someone who is, like a friend or family member.

Obviously, these are perplexing questions with no quick fixes. If the answers were easy we would have found them by now.

Many mental health impairments, such as depression, anxiety, and panic disorder, fall under the workplace protections of the landmark Americans with Disabilities Act of 1990, as amended (ADA). In addition to other laws enforced, the U.S. Equal Employment Opportunity Commission (EEOC) investigates, litigated, and voluntarily resolves ADA cases of disability discrimination in the workplace based on mental impairments (in addition to physical impairments).

EEOC reminds us: “It is illegal for an employer to discriminate against you simply because you have a mental health condition. This includes firing you…”

In addition to other adverse actions impacting a person’s terms and conditions of employment.

Chris Kuczynski is an expert on disability employment. He’s a career attorney at the EEOC (assistant legal counsel) with whom I worked as a national media spokesman several years ago. Chris told me some companies still harbor myths and fears regarding safety risks posed by persons with mental health conditions.

Moreover, the stigma surrounding mental disabilities is related to the fact that they’re usually hidden. “We fear what we can’t see,” said Kuczynski. “The same is true for hidden physical disabilities.” His advice to employers:

If you can’t see a disability you may not understand it. That’s why it’s so important for employers to get the best and most accurate information possible about the disability they are dealing with.

Mental illness is a harrowing disease which has been unacceptably portrayed by the media and popular culture for decades. But it’s no longer the case that men wearing white uniforms will show up, put a patient in a straight jacket and drag them off to the so-called “loony bin.”

While medical treatments have vastly improved over the decades, not all mental illnesses can be mitigated all the time. Moreover, the disgrace and humiliation associated with mental illness remains problematic. People still use blatantly derogatory terms like “lunatic” and “nutty” to describe people with mental health conditions (both openly and behind closed doors).

The World Health Organization (WHO) says, “When life feels overwhelming, never be afraid to ask for help. There is absolutely no shame in doing so…”

World-renowned leadership coach Tony Robbins reminds us, “Your mental health is just as important as your physical health…”

The National Alliance on Mental Illness (NAMI) points out, “Talking, sharing, and educating ourselves on mental health are just a few ways you can be a part of the movement…”

Perhaps advances in medical technology, biomedical research and breakthroughs in neuroscience and nanotechnology will ultimately alleviate or cure most mental illnesses.  But until that day arrives, hundreds of millions of people worldwide continue to suffer in silence. This situation is neither fair nor reasonable for the 44 million Americans with a mental health condition. It’s also important to understand that many other people with mental illness don’t come forward, meaning the total number reported is likely much higher. The current figure just represents the proverbial “tip of the iceberg.”

We can all do more to end the stigma every day and month of the year. The current national and global problem is simply untenable.

Facebook11Tweet1PinEmailShares12
wpDiscuz
0
0
Would love your thoughts, please comment.x
()
x
| Reply
Share this ArticleLike this article? Email it to a friend!
Email sent!