Embed from Getty Images
—
The clock struck 7:23 PM as soon as I landed at Brussels Zaventem airport.

“Oh, no, I need to hurry as the landlady is expecting me in less than an hour,” thought I and immediately hurried to pick up my luggage.

“One ticket to Brussels, please,” I chirped to the lady at the ticket booth, trying to suppress my anxiety as I glanced at my watch again. 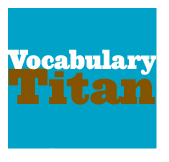 After I changed the train at Brussels’ North station, instructed by a friend with whom I was going to live in the next year, I sent an SMS to the landlady. We communicated in French and I was happy she responded immediately and understood what I had written. My French was at an intermediate level, but I was lacking confidence.

Why Panic Is Your Worst Advisor

Two stations before the one I was supposed to get off and meet the landlady, I decided to peek into my luggage. As I was unzipping one of the side pockets, I noticed this was not my suitcase although it looked similar to mine. Not only it was not mine but it was also much heavier. I guess in the rush I hadn’t realized that.

“Hello, do you speak English?” blurted I after the landlady answered the phone. She did and I quickly explained the situation. I have no idea what I was thinking calling her for help with my luggage, but to make matters worse, she didn’t even understand and told me something completely irrelevant and hung up.

I called my friend and she told me to forget about my luggage for that day and just go as the landlady wouldn’t wait for me too long. At Etterbeek station, where I was supposed to get off, I couldn’t open the door. I asked some passengers how to do that and they told me to check the other door but to hurry up as the train was about to leave.

I rushed with my hand luggage on my backpack and a stranger’s suitcase in my left hand only to arrive at another closed door. At that moment, the train left the station. Bummer.

I got off the next station, which was already outside of Brussels and I tried calling a cab. Due to the panic, I completely forgot all the French I knew, so I tried explaining the man where I was and where I was going in English. He uttered something and hung up. “What’s wrong with these people!?”

Face Your Difficulties with Calmness

It was dark and it began to get cold. The fresh breeze helped me realize I needed to calm down, wait for the train back, and secure my bed for the night.

After the landlady greeted me, showed me the apartment, and explained how to put on the heating and turn on the WiFi, she left.

For some reason, I could not put the heating on and since I took the wrong luggage, I did not even have any sheets or blankets with me. I spent the night wrapped with my winter jacket, quivering from time to time and thinking “What a bad way to start my one-year stay in Belgium…”

The next day greeted me with a dark and cold embrace, but there was no time for whining as I needed to attend an orientation meeting for my Master’s degree. I was about to commence my studies in European Policies and Politics in the Catholic University of Leuven, so I needed to travel to the beautiful town of Leuven, standing at 20 mi north-west of Brussels.

After meeting my colleagues and getting to know them for around two hours, I excused myself because I had to leave earlier than expected. I needed to take care of my luggage.

I had already called the airport three times without any success, so I decided to take the luggage to the airport and hope the other person had left mine in “Lost & Found”.

What a Small Note of Apology Can Do

I arrived at the airport and politely explained my situation to the security guards who let me pass. Peculiarly enough, the person at the “Lost & Found” section told me that I am not the only one who had mistaken his luggage. The warehouse was teeming with suitcases.

Luckily, in a few minutes, I noticed my suitcase. I left the other one I had taken the previous day, filled in a form, and was about to leave. Halfway through, I felt quite guilty for ruining the other person’s plans. I went back and asked the people at “Lost & Found” for a pen and paper. I left a note of apology with my e-mail and phone number, offering the girl (I noticed female belongings inside and a map of Antwerp) a treat when she is in Brussels.

After that, I left the airport quite content with myself. I even managed to fix the heating. In a couple of days, my Master’s program started and since I had not received any phone calls or e-mails, I completely forgot about the event.

Some weeks after that, I got an e-mail with the title “In Regards to Marina’s Luggage”. Briefly, Marina was a 15-year old girl who was visiting some relatives in Antwerp and a senior lady sent me a very warm message, thanking me for my apology note.

Fast forward a year later, I finished my studies and came back to Bulgaria and met with Marina.

The Wonderful Acquaintance that Changed My Life to an Extent

Marina was definitely the most inspiring young lady I had met until that moment. She could speak and write in English and French and she was learning Korean online. Still 15 at the time, she had already read hundreds of books and was thinking about a bachelor’s degree in Korea.

I was flabbergasted! I was already 23 with a Master’s degree from Belgium’s most prestigious university in hand, and I was not sure what do to next. And there was she, a 15-year old girl, already speaking more languages than me and with a set plan for the next several years.

Marina told me about a Korean drama she had watched several times. She was watching it once again – this time without subtitles in order to improve her Korean. I inquired her about the name and watched it…several times, too. Since high school, I had been fascinated with everything about Asia, but this added more curious fuel to the fire.

I started gathering more and more knowledge about Korea, China, and other Asian countries while still wondering what to do with my life next.

Three years later, when I was just on the verge of quitting my well-paid government job, another encounter in Geneva led me to visit China, but that’s another a story for next week. Stay tuned!

Svetoslav Dimitrov is known as the Vocabulary Titan. The moniker is a combination of his passions - writing and working out. Svetoslav adores ordering words in a fascinating sequence in the fields of Travel, Healthy Living, and Motivation & Success at his website. The primary aim of Svet's writing is to provide value at all times. You can also follow him on Facebook.

Very nice story Svet 🙂 Can’t wait for the next installment.

Thanks very much, Hung! It´s being prepared in the creative oven 🙂

I learn at least 5 new words every time I read an article that is written by you. Amazing understanding of the language, great story that seems funny at the one hand to me, and carrying a lesson on the other hand.

Oh, thank you. I am happy to enrich your vocabulary!

It was kind of funny, but it was horrendous at the same time – figuring out where I was and what I was fighting for :)) 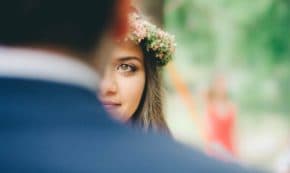 Facebook42TweetPinEmailShares42
wpDiscuz
4
0
Would love your thoughts, please comment.x
()
x
| Reply
Share this ArticleLike this article? Email it to a friend!
Email sent!