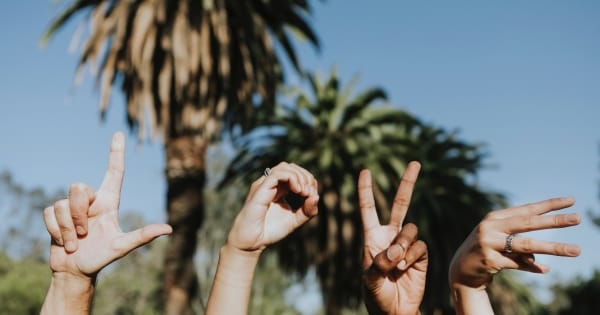 For the last few months, I’ve regularly seen Terry Crews being featured on short lists of models of non-toxic masculinity, alongside Mister Rogers, Bob Ross, and only a few others. Crews had a #MeToo moment that was followed by other examples of him speaking out against the negative way that many men grow up in.

And then he stumbled.

Derecka Purnell had criticized Barack Obama’s comments about black people that he had made to a My Brother’s Keepers meeting, in which he questioned insecure teens for showing off wealth they don’t have through ostentatious displays. Crews let it be known that he didn’t think that a woman had any place talking to a man about how to raise boys.

To that question, I would say no, but that’s not where this conversation with Crews went. Instead, he was questioned by the Court of Twitter about what he was implying about boys being raised by lesbians, for instance.

While supporting the idea that same-sex couples can raise a child, he stood his ground, and clarified it: “I believe paternal AND maternal love are like vitamins and minerals to humanity.” In response to a tweet that said, “A child will not starve with only one gender loving them,” he replied, “But they will be severely malnourished.”

From my perspective, this is a grossly homophobic statement, hardly a new one. It relies on what I think is an outdated premise, that men and women are inherently different to such a significant degree that the best situation for a child is to have one of each.

Now, I get the idea that there are certain topics, particularly related to adolescent biology, where it helps to have an adult that has lived through those events. Intersex folks aside, a biological male will never menstruate, and so may struggle with explaining to his daughter what’s happening when she experiences menarche. A biological female will never have an erection or a nocturnal emission of sperm.

Also, I get the idea that we have built up complex expectations based on gender identification, based on the bodies we live in. As a result, a woman who has grown up in Western culture has experienced myriad harassment and anxieties that a man hasn’t, and a man who has grown up in Western culture has been fed a constant diet of hypermasculine toxins. (For instance, as I write this paragraph, I’m listening to George Thorogood’s “Bad to Bone,” and heard the lyric, “Every woman I meet, they all stay satisfied”; as I edit it, I’m hearing Stone Temple Pilots singing, “I’m half the man I used to be.”)

But the latter is precisely what Crews is being lauded for challenging, publicly and loudly. And I would argue that the former, the biological component, is not only comparatively negligible, it can be addressed by any trustworthy adult in the child’s environment, not just the parents.

A much earlier version of me would have laughed at Crews’s fall from grace. Haha! Even the perfect man is a jerk when it comes down to it! None of us are trustworthy!

But I don’t want that. Both boys and men need positive role models, not another fallen hero to gather around and laugh at. That is one way in which toxic masculinity works, but communicating that there is no escape. There is no point to growth. If we are all dogs, we can continue to sniff each other’s butts with impunity.

I’ve seen some of his apologists engaging in defensive arguments. This seems to come from two places. One is the people who agree with him, who have been waiting and biding their time, waiting to pull out the tired argument that “Yes, well, I don’t have a problem with gay people, but.” There’s no “but.” If you think that a pairing that does not involve a biological male and a biological female make for inferior parents, you do have a problem with gay people.

Note that I’m trying hard to refer to people in terms of biology, by the way, because a child can have a man and a woman as parents while having two people raised as the same gender, if one of them is transgender. Likewise, a child can have two fathers that are, together, their biological parents if one of them is transgender. So this is a further complication in the “children need a mother and a father” argument.

The other reason for people defending Crews is cognitive dissonance: It’s tough to admit that someone who has said such progressive, liberating things about manhood would say something so patently homophobic.

But we all have blind spots. We speak of growth as a single line, as if we progress on one line at the same speed as the others. It’s jarring to see feminists who are racist, even though there are a lot of them. Women’s suffrage actions often left black women behind. More recently, Dr. Moya Bailey and Trudy coined the term “misogynoir” to refer to the complicated intersection of misogyny and racism. And people building women’s-only spaces struggle with how, or whether, to include trans women.

And even if Crews completely believes that there’s something inferior about parenting relationships that don’t involve one cisgender man and one cisgender woman, something I fully disagree with, that doesn’t mean he can no longer be a credible voice on non-toxic masculinity. It means he has an unfortunate perspective on LGBT issues, and while I hope that he would grow past it, I’m not going to tear him down over it.

Because that would be toxic of me.
—

—
Photo by rawpixel on Unsplash