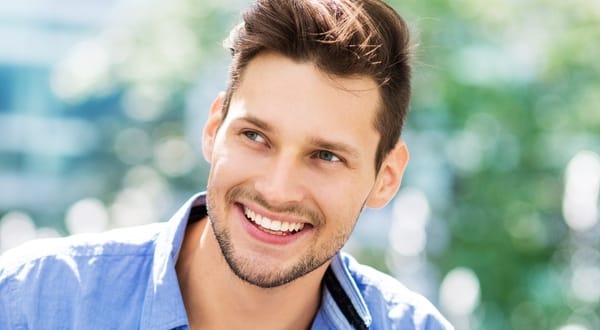 —
The 7th most popular TED talk of all time covers an issue that affects us all:

In a funny, all too relatable analysis of the human brain, Tim Urban breaks down the interplay of three driving forces in your mind.

“And this entire situation, with the three characters — this is the procrastinator’s system. It’s not pretty, but in the end, it works.”
To his surprise, readers of his blog, where he shared this theory, did agree, but weren’t nearly as comfortable nor even remotely satisfied with this system.

“These people were writing with intense frustration about what procrastination had done to their lives, about what this Monkey had done to them.”
Reflecting on the discrepancy between his and readers’ perceptions, he found:

As examples of this second variant of the “let me do this later” game, Tim mentions launching a creative career, founding a startup, seeing your family, working out, managing your health, and getting in or out of a relationship.

“Now if the procrastinator’s only mechanism of doing these hard things is the Panic Monster, that’s a problem, because in all of these non-deadline situations, the Panic Monster doesn’t show up. He has nothing to wake up for, so the effects of procrastination, they’re not contained; they just extend outward forever.”
It is this second, long-term kind of procrastination that’s the source of true unhappiness and regret, and thus, by extension, also our more superficial frustration with the first. Tim made people realize they were wasting years.

“It’s not that they’re cramming for some project. It’s that long-term procrastination has made them feel like a spectator, at times, in their own lives. The frustration is not that they couldn’t achieve their dreams; it’s that they weren’t even able to start chasing them.”

Now if this second kind of more expensive procrastination affected only a small number of extreme, extraordinary goals, all of this wouldn’t be too much of a problem. But that’s not the case. The set of desirable things that aren’t naturally deadline-based is much, much larger than its counterpart.

All of the best things in life are self-paced.

Finding a partner, starting a family, creating your dream career, excelling at a sport, specialized skill, or art, even just learning to be more mindful or open-minded or content with what you have, there are no deadlines and no urgency around any of those things. And so most people never begin to work on them.

I think the first step is realizing that we’re everything. We’re the rational decision-maker, the instant-gratification monkey, and the panic-monster.

No one does anything to us. We’re doing everything to ourselves. The teasing with pleasure. The surrender to the impulse. The dreaded last-minute course corrections. It’s all us, all in our heads. If we let that go, we could just start.

But what I find most fascinating is that it’s the exact same force that brings down the heroes that defy the odds — the Tim Urban’s and Sara Blakely’s and Usain Bolt’s of the world: a lack of compassion for ourselves.

There are millions of blogs out there, floating around the web like a bale of hay in a ghost town; lifeless, outdated, dead. All of these people had done the hard part. They got started. They built some momentum. They overcame their lack of deadlines. And then they stopped. Not good enough. Not fast enough.

Think about it for a second. Think about how many people have stopped chasing their dreams, the things they most want in life, for the sole reason that they weren’t getting them fast enough. That’s crazy to me. Because if that’s the alternative, why not keep going and learn to be okay with being slow?

Learn to like your pace and you’ll learn to love your place.

If you’re okay with having started, if you can settle for slow, you’ll always feel like you have enough time. If you can take solace in the fact that you’re working towards getting what you want, you’ll enjoy where you are on the journey. You won’t need to have it all tomorrow. Most importantly, you’ll find something no procrastinator ever can because of the hectic, bouncing triangle in their brain: true peace of mind.

You’ll still lose much of your precious time. Rome wasn’t built in a day. But at least you’ll fully exercise the power that separates us from monkeys: a sense of self-awareness for where we are in life and the choice that that’s always worth being kind to ourselves.

Facebook9TweetPinEmail1Shares10
wpDiscuz
Share this ArticleLike this article? Email it to a friend!
Email sent!