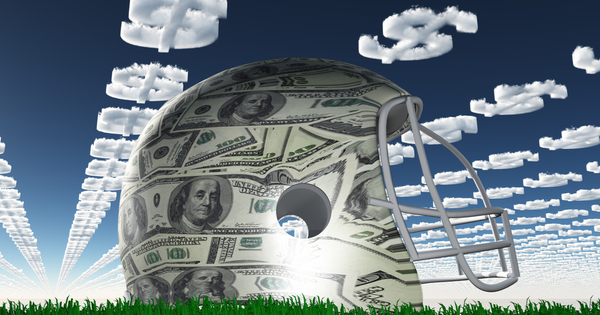 According to the law of nature it is only fair that no one should become richer through damages and injuries suffered by another.

Several weeks ago, I ran a letter from a column reader, Matt, a fellow Buffalo Bills fan, who was angered by the NFL’s new proposal to add another game to its season.  In my response to his missive, I agreed that any increased revenue generated from a longer season (and an expanded playoff field) was not worth the almost certain negative impact on player safety and their long-term health.

Since the column was published, there has been movement in negotiations between the Players Union and the NFL, prompting Matt to write to me again.  Here are his letter and my response — the “Second Half” of this contentious topic.

Ok, so the player’s union has narrowly approved the proposed labor agreement (clearly not enough read The Good Men Project!). The vote has predictably divided the voting members broadly in two: one cohort of highly paid, longer-tenured players with less to gain financially from greater league revenue (the nays); and a second group of more marginal players, those in the league for a year or three at the lower end of the pay scale who play minimal snaps any given Sunday and have more to gain from higher-value contracts and less exposure to added hits (the yeas). Team owners surely knew this dynamic would emerge, so the cynic in me sees only their greed and lack of ethics at play. But surely they also must know that fan interest is driven by the top-line players – the starters and stars who earn the most and whose bodies get punished the most. What if these players indeed miss more game time due to the rigors of a longer season. Will fan interest wane? Will then they take notice?

Look, I love football and watch at least one game a week over the season. But I cringe every time one of my team’s stars absorbs a nasty hit or a starter is slow to get up. Do any of us really need to spend one more weekend on this? It got me thinking of a video that a group of black pastors made in defense of Colin Kapernick when he first went unsigned, saying that they were going to ‘blackout’ the NFL that season in solidarity (a reference to previously followed protocols where local teams would be blacked out of local TV markets if the stadium did not sell out). By not watching ANY football and influencing others to follow, they hoped to send a message to the owners via lower TV ratings. They committed to use this added time to spending more time with family on Sundays, or on endeavors to build community, or in prayer. It was a noble gesture. So maybe more of us can say ‘I’ll boycott the added game to the schedule’ and take inspiration from those pastors and use our free Sunday more productively. It’s a start. Of course, the past few weeks and the several more to come makes us long for sports. But I’m sure we’ll become more even more strongly aware of the need for social connections in our community and moral leadership from business. Times change. Maybe the NFL can too.

PS – some good off-season signings by the Bills!

Thank you for your letter and your update on the NFL’s proposal and the responses of the players.  I agree again with you.  You assertion and your insight into the reasoning behind the disparate views of the players toward an expanded season is spot on.   On one hand, players that do not make as much money as stars and starters, and who have significantly shorter careers, understandably want to earn all they can when they can.  The reward outweighs (maybe) the risks.

But the stars and starters, who are in much better financial situations, who might even be set economically for life due to their sizable contracts and endorsement deals, are understandably placing more emphasis on safety and health.  They get that just one more game a season, or even more, if you include the playoffs, represents a greater chance for them to be seriously injured and, as studies show, even more susceptible to long-term physical pain, infirmity, and cognitive decline.

Yet,  as you suggest, this division of thought from the players is something the NFL team owners must have predicted and counted upon.   They basically orchestrated a no-lose situation for themselves.  While we now know the outcome, you can imagine a list of pros and cons being bandied about board room by team owners before deciding to go forward or with the proposal:

If the players vote to expand the season, we make even more money, boatloads of cash, from television deals and season tickets and all and everything that we sell inside a stadium on game time for triple its market worth.

Our pushback when people accuse of abject greed is to say we are doing this as a way to raise pay to players from bottom to top.  Additional revenue will allow for increased wages for players who might not be stars, enabling them to enjoy a more prosperous and stable future for themselves and their families.  By making this defense,  we align ourselves with the “working man,”  We become champions of the fringe players on our teams, the special teams cover guy, for example, who runs down kickoffs for a season or two, who will probably limp away from the game prematurely, but will do so with more coin in his pocket.

We put our star players on the spot – make them decide if they want their teammates, that special teams guy, to earn less money.   It’s not us, then, who are to play for not paying them best wage possible, it’s them.

We float the idea this is about the fans – we only want to give them more chances to enjoy the game, more chances to escape the world’s problems by immersing in the activity of watching sports.   It’s not about money, it’s about them.

And then the Cons.  Only one, as I see it from their view.

The players vote no to the proposal.  They see it for what it is – a way for us to make even more money, boatloads.  The stars, while sympathetic to their teammates who make much less playing such a dangerous game, know that more money in the short term, will never be enough to compensate for catastrophic and prolonged physical and mental torment after careers are ended.  They unite from top to bottom, and not only turn down the proposal but demand that wages for those third-stringers, those special team warriors, be elevated so that the reward for all who take the field will at least give some merit to the risk.

But as usual, the pros outweighed the cons.  We will have a longer season, and let’s hope a season that starts when it supposed to start.  We live in such sad and scary times.  And sports are so needed now to help us recover and heal.  But right is right, and this is wrong.

As for your idea of a unified response from fans, as inspired by the group of black pastors you mention, to “sit out” a game this season, to not tune in to TV or buy tickets and attend a game, would be an effective way to let the NFL team owners know what they did was not fair, was greedy, and was not what we want for our beloved players.  I for one would be happy to participate, but I also am realistic that if it was a big game where our Bills were playing, I would probably sneak more than a peak.  It’s not something I write with pride, but it’s truthful.  Hypocrisy starts with self-righteousness.  But it ends with honesty.  Let’s hope I can rise above my fandom, at least for one game, and do what is right.

Facebook20Tweet4Pin1EmailShares25
wpDiscuz
Share this ArticleLike this article? Email it to a friend!
Email sent!