I was living in London when it happened. It wasn’t a noisy event—no overnight conversion, no falling down in church, no speaking in tongues, no being struck by lightning, no sudden “Aha!” moment. Nevertheless, it happened.

I was 22 when I left home. Having been born in London originally, I had lived in the suburbs until I was 12, whereupon I moved to the countryside of Cornwall in the southwest of England. After ten years there, I had graduated from high school and been to college. As someone who had been teased and bullied at school and rather shy and not terribly confident, I had developed a reputation at school for being rather nervous and anxious, resulting in large numbers of glass equipment in chemistry class being smashed on the floor. This continued during my science studies at college, where I became something of a legend for the number of test tubes and mercury thermometers I broke (how did I know what the temperature of the flame would be?)

At 22, I arrived in London and did a couple of office jobs before deciding that I wanted to study in America. I tried to save money by taking a part-time job in a bar. There, I found plenty more glasses to smash and the legend returned. I also got stressed about customer service and would fret about any complaints or negativity from patrons. So from 22 onward, I had begun searching for answers.

This was 1994. The World Wide Web had just been invented by Sir Tim Berners-Lee, so the days of Googling stuff had not arrived yet. I went to the library, read newspaper articles and tried to figure out why I was so anxious.

At first, I tried man-made solutions. I investigated various ideologies and pursued numerous ideas but nothing seemed perfect. There always seemed to be at least one aspect of each one that I didn’t agree with.

I became hazily aware that I was leaving religion on the table until other options had been exhausted. I eventually became suspicious as to why my brain seemed to be avoiding the topic. So, one day I took a walk down to the Fulham Road to browse through a bookshop. There, I found a King James Bible. I flicked through it for maybe 20 minutes or half an hour, then put it back. I remembered this book from my childhood, when I had received a portion of it at school. I then put it back on the shelf and left.

THAT WAS IT. That was the biggest defining moment of my life. It doesn’t sound like much, does it? However, Jesus has had a profound influence on my life since then.

A few weeks later, I went back to purchase that Bible. I took it home and attempted to read it but it was hard-going. I decided to focus on keeping the Ten Commandments. So, began my walk with the Lord.

I began to realize that these various things that had been happening to me until then had come from God. When I accepted this, I was implicitly consenting to the truth of this by virtue of the authority of the One who sent them.

At first, I was happy just to believe in God alone. I didn’t identify with any particular religion. I began to wonder how much of my life could be better if I followed His lead more carefully. I began to submit my decisions to the Will of God. I listened to the Holy Spirit in my heart and if I experienced a light, happy feeling, I took that as a “yes.” A heavy, dark feeling meant “no.” I began following the light, happy feelings exclusively and my life began to improve.

After a while, I looked back and saw a path emerging that I hadn’t noticed before. It had a holy feel to it, like I was becoming a better person. I noticed that my friends were still doing the same things as before and having the same troubles, but I was moving out and into something better.

There were times when God showed me some worrying things. Lessons I was learning by following this path were not being learned by those not following it. Doors open to me because I walked in faith were unknown to others because they had no faith. They might never find or experience that door. They were making costly mistakes that I had avoided. They couldn’t see what I could see. I knew that if I tried to explain it to them, they would think I was crazy. However, when I saw them make those mistakes, I thought, “There but for the Grace of God go I.”

I began to develop a brighter outlook, like the future would be good.

I began to feel that I would end up in Heaven if I continued this. This is HOPE.

There were times when I stumbled and fell, but God always gave me the grace to get back up again. Grace is power from God to achieve things that would be impossible to achieve if that power had not been given. I was very grateful to receive this grace. It was very generous of Him. I felt rather unworthy and was desperately afraid that I would mess up really badly and lose everything I had ever worked for. Many times when I goofed up, I assumed I had been forsaken and that it was all over, only to find that still, small voice continuing in my heart.

At other times, I’m sorry to say, I sinned against Him—a combination of resistance and feeling sorry for myself, like I was irredeemable. On one occasion, I had behaved rather badly. I was surprised to find myself rewarded by being invited to a slap-up steak dinner. I felt completely unworthy and I decided not to eat it, in order to say sorry. “Eat it!” said my wife, who was also there. So, unable to get out of it, I ate the steak and it was great. I felt very grateful to God for His kindness, feeling rather vulnerable and like a little kid who had just avoided a serious punishment.

There were many other similar examples after that, all with the same moral to teach. I was someone special, someone worth caring about, someone God wanted to spend time with, someone who was important.

I felt a lot of affection for the Lord until, one day, I realized this affection had turned to LOVE.

Now my life has been transformed. I am now confident that I am loved by God and this has allowed me to love others. I can now love my wife, my son and my students and I believe I have something to offer the world. I have now studied to become a Life Coach and plan to use my experiences to help others. I believe I have a voice in the world that other people need and want to hear. I feel excited by my life and at the prospect of transforming the lives of others.

My hope is that, in reading this account, you will both appreciate why that visit to a bookshop turned out to be so important and realize the steps that need to be taken to achieve the same results. My fervent wish is that this story will inspire you to take the first steps towards receiving this new life and being transformed into the person you have always wanted to be, so that all your dreams come true!

Hi Oliver, I am genuinely so happy for you !! Thankyou for sharing this incredible journey. Much love Anne-Marie ?

Inspiring story about a life transformed. God really moves in mysterious ways. Thank you for sharing your journey, may you have a fulfilled and meaningful life with God. As of this moment, I am finding my way to a renewed life with Him.

GREAT story of your outstanding journey and I’m very happy that this appeared on GMP site. I know many, including myself, who share a similar journey. I belong to a group called Christ Renews His Parish (CRHP) which is an annul retreat for men that’s planned out for a year. I’m doing my second (CRHP 24) and was discerned as a spiritual director. My witness this year is “New Life In Christ” This article was inspirational and I’d like to thank you. Oliver, God is working through you and he loves it when we’re open minded and open hearted enough… Read more » 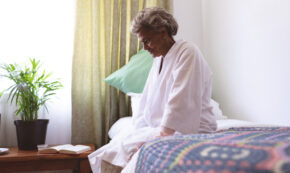 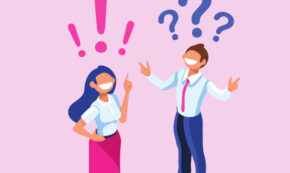 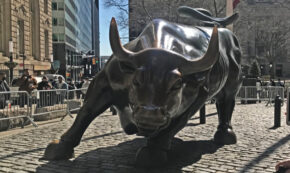 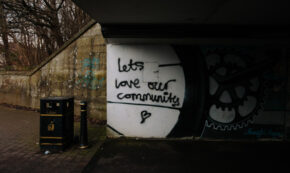 FacebookTweetPinEmailShares7
wpDiscuz
3
0
Would love your thoughts, please comment.x
()
x
| Reply
Share this ArticleLike this article? Email it to a friend!
Email sent!