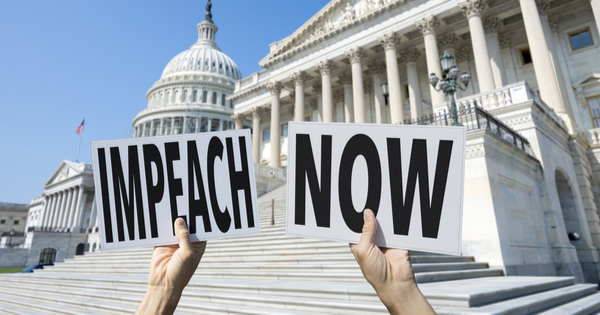 I’ve been watching the impeachment hearings half-heartedly. It is more like a professional wrestling episode than a courtroom drama. We have clearly, rigidly defined packs of assailants with predefined arguments and counters all set against the backdrop of patriotism. Hidden behind the drama, the theater, the awful, rancorous bluster and rhetoric is the corrosive effects of idiocy on the legacy of American prestige.

I don’t know if Trump broke the law when he asked President Zelensky to investigate the son of a political rival. It certainly doesn’t seem very presidential. Plus, it doesn’t fit in at all with the whole MAGA isolationist propaganda.

I’ve always accepted America has all the friends that money can buy, but this really seems to reek of a protection scheme. “Bad things happen, you know,” he says, his eyes filled with bombers and armored troop carriers. Moreover, it really runs counter to all the idiosyncratic visions of American strength and forthrightness. Can you imagine Gregory Peck asking Charles Bickford for help in the final gunfight against Charlton Heston in “The Big Country?”

But, the worst part is watching career diplomats and statesmen being insulted, maligned and chastened because our government is being run by a bunch of “4-star clowns who are about to give the whole circus away[1].” Most of our elected officials seem to thrive on air time, they will do anything to get a little ink. Their livelihood depends on being seen. In a real way, the US government is the ultimate reality show. Probably no mistake that Trump ended up as president.

Foreign service is another story, though. They toil away, off stage, doing the dirty work of ensuring world peace. Tearing down walls and building lines of communication, keeping what little sanity remains, staying one step ahead of disaster. A dirty, thankless job with few real rewards. Now, they are being dragged into congressional hearings and being asked to explain the failings of the White House. Talk about the sins of the parents being visited upon their children.

And to cap the performance, to add a little more insult to the injury we have the President, in one of the least presidential public performances, tweeting insults and accusations to the public record. Whether you approve of Trump’s performance as president or not you have to find his public, childish tantrums are disturbing and damage the delicate fabric of our nation.

And, you can’t escape it. It is repeated, and reported, and retweeted, ad nauseam. I am sixty years old, so I know full well how the internet has changed everything.

But, this seems beyond the pale. And it can only make things worse. When the president finds it just as easy to attack his accusers publicly and viciously as he does to defend himself it provides the perfect impetus to deal with our own detractors in the same way.

I remember when HR Halderman’s lawyer called Senator Daniel Inouye from Hawaii “a little Jap.” He later defended it by saying he wouldn’t mind being called a little American. It was a terrible thing to say and people were outraged.

How far we have fallen. I worry that we haven’t really hit bottom. Time will tell.

It seems as if polite society is a lot less polite, and it’s getting worse. We may have crossed a bridge over which we can never return. As long as we accept the level of anger and animosity we won’t. It isn’t only about democracy it is about our humanity.

And that is the real crime.

Facebook13Tweet1PinEmailShares14
wpDiscuz
0
0
Would love your thoughts, please comment.x
()
x
| Reply
Share this ArticleLike this article? Email it to a friend!
Email sent!