CJ Kaplan reflects on a coach who wasn’t just a coach, but a man.

Joe Paterno is just a coach.

I know this will come as a great surprise to the thousands of people at Penn State who chanted his name, took pictures with his statue and wore t-shirts honoring him at Saturday’s game against Nebraska. Joe Paterno is not a king or an oracle or an earthbound deity.

And I know the difference between the two.

In my formative years and throughout high school and college, I played all kinds of competitive sports. There was baseball, soccer, basketball and track. I even rowed crew all four years of college. In that time, the coaches that I had ranged from great to terrible, with most falling somewhere in between.

My favorite coach of all time was a pharmacist named Chet Feldman. Mr. Feldman helmed my USY basketball team when I was 16 years old. For the uninitiated, USY (United Synagogues Youth) is a league for those not blessed with prototypical basketball height and skills. (Read: Jewish kids) At a shade over six feet tall, my buddy Mike and I were the “Twin Towers” of the league.

It so happened that this particular team had four guys, including myself, who would go on to play for the high school varsity team. And, in a league where many of the players weren’t entirely clear on the double-dribble rule, this made us a powerhouse.

Now, Mr. Feldman didn’t care that his four stars were virtually unstoppable against nearly every team we played. If we played poorly, he gave us an earful. If we goofed off, he made us do wind sprints. And if we dogged it, he sat us on the bench. We were no more or less important than the guys on the team whose parents had made them play just to get some exercise during the winter months.

During one particularly memorable game, he pulled his starters after we had loafed through the first four minutes of the game. We seethed on the bench while our subs, thrilled to be playing meaningful minutes, played the other team to a virtual draw for the rest of the half. When he re-inserted his starters at the beginning of the second half, we opened with ten unanswered points and ran the other team out of the gym.

So, Mr. Feldman knew how to motivate us. But, that’s not what made him my favorite coach. What I remember Mr. Feldman most for was something that few people even know. It happened during a game where the outcome was never in doubt.

We were playing a team that was not populated with future varsity players and by halftime we were up by over twenty. At the break, Mr. Feldman told his starters to take a seat on the bench and get comfortable because we wouldn’t be going back into this game unless the circumstances changed dramatically. Early in the second half, things started to get chippy. Their starters weren’t faring any better against our subs and tempers flared. After they committed a few hard fouls and threw a couple of elbows, one of our guys undercut their forward as he was going in for a layup. The kid landed hard, jumped up and went after the guy who had submarined him. Predictably, the benches cleared. There was a little pushing and shoving, but order was eventually restored.

Our guy was given a double technical and thrown out of the game. Mr. Feldman sat next to him on the bench as the game resumed. After a moment, he turned to his still fuming player.

“Why did you do that?” asked Mr. Feldman.

“He elbowed me,” his player replied.

“You could’ve really injured him,” Mr. Feldman shot back.

The player did not respond.

“We are not here to hurt one another,” concluded Mr. Feldman.

He was speaking, of course, about the basketball game. However, I took it as something much more. We are not here to hurt one another in this game or on this earth. Coming from Mr. Feldman, it made a lot of sense. It must have resonated with my teammate, too because at the end of the game he went directly to the kid he had undercut and apologized.

A couple of years after I had graduated college, I got a call from my mom telling me that Mr. Feldman had passed away. He had been killed by an insidious form of cancer that doesn’t care whether you’re a good person, a loving husband and father or a respected member of the community. A man who had spent his life teaching fairness was dead. Unfairly.

His funeral service at our synagogue was a standing room only affair. Hundreds of people came to say goodbye. Nearly half of them were young men and women of my generation who were there not only to support his children, who were our friends, but also to honor a man they had come to admire and respect on his own merits. My brother and I were two of those people. And though it was a profoundly sad day, it was hard not to think of Mr. Feldman without smiling at the memories of all he had given us.

A few days after the funeral, I wrote Mr. Feldman’s son Rob a letter telling him how much I would miss his dad and furthermore how much the world would miss him. I thought about that letter in the wake of the horrific reports of sexual abuse coming out of Penn State this past week. I knew that if Mr. Feldman had been in a position of power at that institution, events would not have unfolded as they did. If he had witnessed or heard of the things Jerry Sandusky is accused of doing, he would have done everything humanly possible to stop it. It wouldn’t have mattered if Sandusky were a friend, a teammate, a co-worker or a relative. Mr. Feldman would never have let the abuse continue.

We are not here to hurt one another.

Joe Paterno is just a coach.

Chet Feldman was a man.

Great points across the board. The real cautionary tale is that until this was all unearthed, Paterno had the reputation of being a great coach and a great man as well.

Turns out both reputations hinge on what you do and how you react in a big moment.

Chet was my grandfather. I was young when he passed away, so I do not have that many memories of him – all I know is what people have told me. Your article was very thoughtful and I appreciate you giving some insight into how he was as a person.

Thank you for the article,
Josh

Thank you, Josh. I’m glad I could honor your grandfather’s memory in a way that was meaningful to you. And if you saw all the comments I’m getting from the people who knew him growing up like I did, you’d know that I’m not the only one who thought he was a very special human being.

A moving tribute, well written. I’m willing to buy you a beer so we could drink to his memory should we meet up (I live in Boston so it’s within the realm of possibility).

Thanks Albert. I appreciate the kind words (and the beer offer).

You’re welcome; I’ll be the guy with the knapsack and black Red Sox baseball cap.

I’m glad you said it! He should have done more! Too many people are overlooking this.

Everyone I’ve heard speak of this have had such great overreactions. I haven’t followed all of the details but from what I’ve understood, he brought attention to it then dropped it. My favorite coach who coached me through football, shot-put, discus, javelin and psych courses would have killed someone for such an offense.

Jo-Pa dropped the ball in a big way. He’s let Penn State down! More importantly, he’s let those children down!

Agreed Gordon. And the Bob Costas/Sandusky Interview didn’t do anything to make me feel any differently. 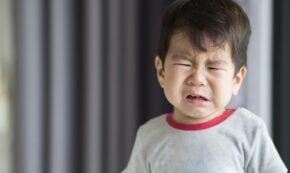 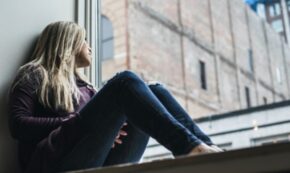 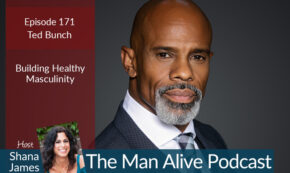 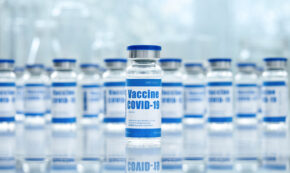 FacebookTweetPinEmailShares64
wpDiscuz
8
0
Would love your thoughts, please comment.x
()
x
| Reply
Share this ArticleLike this article? Email it to a friend!
Email sent!