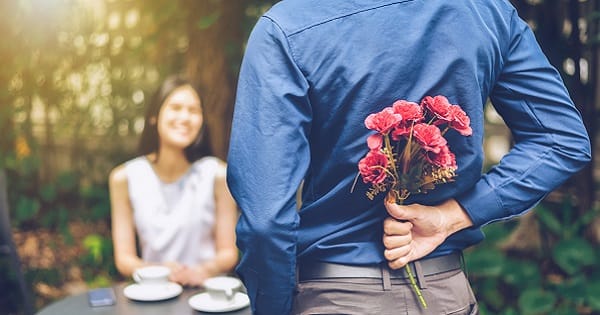 If you asked me, I would say I’m not a nice person. I’m a kind person, and I try to be a good person, but I have no interest in being nice.

Some people think that being good and being nice are the same thing. They’re not.

Being kind or good comes from a place of confidence or self-esteem. You give because your cup is full and feel able to share authentically from that fullness. When you give to others, it is not from a place of needing that giving returned. And, if someone is asking too much of you, you can establish healthy boundaries.

Nice people conduct emotional transactions. They give to get something in return. Whether it’s seeking approval or trying to manipulate the other person into feeling like they have to return the favor. They feel inadequate and therefore, won’t say no when they want to, for fear that the person won’t like them.

By definition, a nice guy doesn’t do things just from the kindness of his heart. He has a goal in mind. For example, if he’s trying to attract a particular woman, he’s either hoping his niceness will add up to that woman feeling like she owes him for something he’s done for her or that she will think he’s now worthy of sex or a relationship.

His goal is to manipulate a woman into feeling obligated to return his affection because he has, in this instance, proven to be a generous person. Though he hasn’t communicated to her that those were the terms of their relationship.

Romantic movies often romanticize this approach. Making it seem as if changing a woman’s feelings is as simple as spending lots of time with her. That all this focused attention will magically cause her to see this man differently. Suddenly recognizing that he was ‘the one’ all along.

It doesn’t tend to work like that in real life.

People are generally more complex in their interests and focus. These nice guy assumptions are at the root of the whole “friend zone” phenomenon that some men complain about being assigned to. I assume any guy who complains about being friend-zoned is a nice guy who thought his routine was going to earn him what he wanted only to find out that this woman believed he just wanted to do nice things for her and be her friend.

A good guy is one who makes his motivations clear. If he’s pursuing you, he lets you know that he’s pursuing you. He doesn’t pretend to be your friend while secretly plotting how to change your mind through bribery or Jedi mind tricks.

If a good guy becomes your friend and does nice things for you, he genuinely does them from the kindness of his heart. And, if he hopes you will change your feelings for him eventually, he understands that it is a conclusion you will come to on your own. He’s also willing to move on with his life and doesn’t secretly resent you for not fulfilling his fantasy.

Or, a good guy may accept a woman’s rejection, wish her well and understand that she’s not interested in what he has to offer. He will know that some other woman will want him for the man he is.

Some men think women can’t sense whether they are actually a good guy or nice guy. But a nice guy can’t keep his façade up forever. His resentment grows with every nice thing he does that doesn’t create results. Nice people also tend to be passive aggressive and assume that everyone takes them for granted.

Eventually, the nice guy act will drop and his real motivations will be revealed.

Dishonesty takes its toll. Being nice, or trying to be a nice guy is a form of manipulation and a heavy mask for the one who chooses it. It rarely gets you what you want. It mostly gets you to feel used and neglected. Neither will you achieve the intimacy you desire because no one will know the real you.

Being a good guy doesn’t guarantee that you’ll get what you want either. But at least you’ll know upfront and won’t waste time wishing and hoping.

People are not emotional slot machines. Just because you’re pumping in coin after coin, doesn’t mean you’ll receive a payout. That may just cause the person to take what you’ve given them and spend it on someone else. Usually, that will be the person they were interested in all along.

FacebookTweetPinEmailShares1.9k
wpDiscuz
0
0
Would love your thoughts, please comment.x
()
x
| Reply
Share this ArticleLike this article? Email it to a friend!
Email sent!