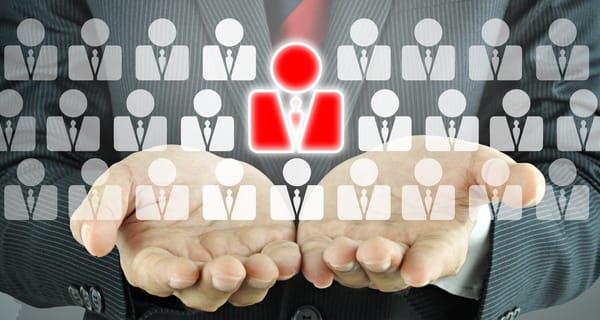 —
The recent announcement by the Spanish government about the future ban on the manufacture and sale of vehicles with an internal combustion engine in the year 2040 has triggered a broad debate on the subject, in which if something is striking is the difficulty in changing the perspective on concepts that have been rooted in society for several generations and the constant search for excuses not to consider change.

That the Spanish government opts for a date like 2040 places it obviously ahead of countries like the United States and many others that have not even begun to raise such a ban or have only done so in some states, but also behind countries like Germany , Austria, Korea, Denmark, Ireland, Israel, Holland or Norway, which have established dates that oscillate between 2020 and 2030. However, the announcement has automatically unleashed a barrage of comments that claim that the conversion of the car park is impossible, due to the supposed impossibility of imagining more than thirty-two million electric vehicles in circulation, and much less, to load them all at night. The simplicity of such an argument is total: first, because in no case is a replacement of all vehicles in the current fleet by electric vehicles, a situation that would not solve many of the current problems, and secondly, because in no case all these vehicles would need to be loaded in its entirety every night . But with this argument, which can only be described as absurd bulo, many claim to close the discussion.

No, the idea is not to convert the entire fleet of cars in a country to electric cars. Not much less. Going from traffic jams of thousands of vehicles with an internal combustion engine to identical traffic jams of thousands of electric vehicles poses an obvious advantage in terms of air quality, but it is not a marvelous goal. The idea, on the other hand, is to rethink who really needs a car in a society in which the ownership of the means of transport is completely redefined, and passes, in the vast majority of cases, from product to service. In less than ten years, the profusion of projects of fleets of autonomous vehicles and transport of other types launched by all kinds of actors will entail that everyone who chooses to live in a city will have enough transportation options so as not to have to consider the acquisition of a vehicle, which always It has been an irrationally inefficient option. In addition to the project led by Waymo, which is already launching its completely autonomous transport offer next December and begins its expansion to a growing number of cities, players like Ford plan to launch a fleet of several thousand vehicles by the year 2021, Daimler and Bosch finalize the launching of autonomous taxi fleets in several North American cities, BlaBlaCar invests in bus fleets, and companies of all types pose similar offers in different countries. Hydrogen, of course, also raises its alternative, only waiting for the supply of available vehicles to increase and for economies of scale in their manufacture and use.

If the ownership of one or several automobiles was provided, in the society we know, with connotations of all kinds, we have to consider a future in which this will not be the case, in which the usual and responsible will be precisely not to have an asset inefficient that, in practice, is inactive more than 95% of the time. That situation may be unimaginable for many now, but it is undoubtedly the scenario we are heading to. The cases in which a person really needs to own a car will be a minority, and will only be justified based on very specific needs. Autonomous vehicles are going to redefine many things, and the physiognomy of cities is definitely one of them. The future, less than ten years from now, will bring us increasingly cleaner cities, with apps to plan our trips, with an increasingly efficient public transport and plenty of alternatives such as bicycles, scooters and fleets of clean vehicles shared use at our disposal. Owning an automobile with an internal combustion engine in a city will increasingly become a calvary of areas of restricted circulation, increasing taxes on fuel, and the elimination of surface parking space to redefine the uses of public space.

On the other hand, it is striking to see the large number of absurd excuses raised to deny a need for obvious change: the most common is the so-called ” long exhaust pipe theory “, which absurdly claims that we only transfer pollution from cities to environment of power plants. This hypothesis, which we talked about at the time, pretends to forget that the generation of electricity is much more efficient than the engines of explosion of automobiles, and that, in addition, there are numerous plans of conversion to evolve these polluting plants towards increasingly cleaner schemes, besides a strong emphasis on the distributed generation. In less than ten years, many of the roofs of our homes will be producing electricity, this energy will be stored in batteries, and can be perfectly used when the sun does not shine. Batteries are undoubtedly one of the technologies that will evolve the most in the future, and they will also do better the higher their production, one of the plans that make Tesla’s strategy qualify as a masterful play.

Other voices point to what it means to go from depending on oil to depend on materials such as lithium or cobalt: absolutely nothing to do considering that oil burns and poisons us, while those materials are not destroyed in the reactions that They experience in their life cycle and are, in addition, perfectly recyclable. Again, a fallacious argument, only valid as an excuse for the one who claims to do nothing, change nothing and renounce any possibility of carrying out a change that, as we put ourselves, is absolutely vital to do.

And you? Are you going to continue inventing absurd excuses and repeating hoaxes, fallacies and misinformation that can not stand a minimum analysis, or are you going to start thinking about a change of perspective?

This post was previously published on www.enriquedans.com and is republished here with permission from the author.
—
Photo credit: Shutterstock