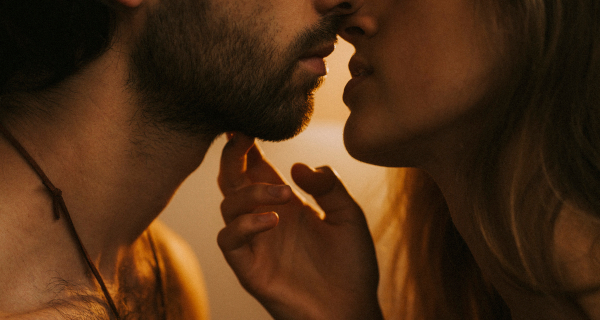 In recent times, many countries have rightly recognized drug addiction to be the mental health problem that it is and have started many ventures to help those who are suffering from it. But while there are de-addiction treatments for many kinds of drugs, there is one drug that has afflicted almost all of humanity but has hardly ever been recognized for the problem that it is.

Poets have waxed lyrical about it, most songs are written under its effects and it has given writers more material than they know what to do with. As clichéd as this may sound, this drug is nothing more than love. It might seem like an exaggeration to see love as something more tangible and dangerous than just an emotion but science has clearly proven otherwise.

A study conducted by scientists at the University of Stanford showed that love can be a painkiller that works just as well as a drug like cocaine. They chose subjects who were in the initial honeymoon phase of their relationships and they would make them feel a small amount of pain while showing them pictures of their significant others.

Simultaneously, they were scanning the brains of the subjects using an MRI machine. They subjects were also told to describe the amount of pain that had been caused. The results showed that love can actually block out a pain.

The scans showed that when the subjects felt love, they areas of the brain which are activated by drug use became active. On the other hand, if the subject was shown the picture of a friend who was good-looking, the effect was much milder in comparison.

The scientists also tested out this hypothesis by offering the subjects distractions while causing them pain.

It is also important to look at how drugs and love both affect the type and amount of hormones released by the brain.

For example, cocaine is a drug which causes the brain to release greater amounts of serotonin and dopamine, both of which are also called happiness hormones. Besides this, dopamine drives people to repeat tasks that make them feel intense pleasure, a good example of which is making love. Due to these associations, it is easy to get addicted to the drugs that can make the brain produce more of these hormones.

Falling in love can affect the brain in the same way as the drugs do.

An anthropologist called Helen Fisher did some research using images of the brain when it is falling in love. Her work showed that serotonin and dopamine as essential elements in those early days and work in a manner very similar to cocaine.

So now that this relationship between love and drugs has been established, we also need to look at what happens when love is taken away i.e., what happens during a break-up. Most of us are aware of how terrifying it can be when a person who is denied access to drugs begins to suffer from symptoms of withdrawal. Breakups can cause a similar, if less intense, reaction.

Break ups are not easy to go through, more so when one party really hoped that the relationship would be a long-term commitment. The problem is that once a break up happens, the past remains intact. The ex-couple will still have all the brilliant memories they created.

Unfortunately, they are left with no hope for the future. One of them might have had the whole future planned out with the other only to have it all come crashing down on them. Not only that, it can also feel like their personality is being rejected which will abruptly bring down their confidence they had in themselves.

Of course, all this doesn’t mean that there is nothing good about love. It is the very cornerstone of our survival as a species.

They will have more confidence in themselves and are at lesser risk of indulging in substances like alcohol and cigarettes. They are better able to deal with the hurdles and anxiety that have to face in everyday life because they feel good about themselves in general.

A report published by the University of Cardiff in 2011 also claimed that being in a relationship can increase your chances of longevity.

People who are in long-term relationships are healthier, both physically and mentally because they tend to live healthier. As mentioned in the study by Stanford University, love does block out pain and this can be useful in many ways. For example, if you are feeling very nervous and jittery, you will feel calmer if you focus on thoughts about someone you love.

But then again, these are the success stories and not every relationship works out in the end. Media has romanticized the idea of dealing with breakups in a variety of unhealthy ways like excessive drinking, binge eating all kinds of food that is bad for the body, rebounding using someone else and so on. These methods may provide some instant gratification but they don’t actually help you get over someone.

A break up brings with it a whole gamut of emotions ranging from sadness and sorrow to betrayal and anger. It can affect a person’s personal life as well as their career. Therefore it is important to learn how to deal with it properly.

The video below presents the essential five-step guide to dealing with a break up in a constructive manner. Watch and enjoy!

Facebook6Tweet3Pin1Email1Shares11
wpDiscuz
Share this ArticleLike this article? Email it to a friend!
Email sent!