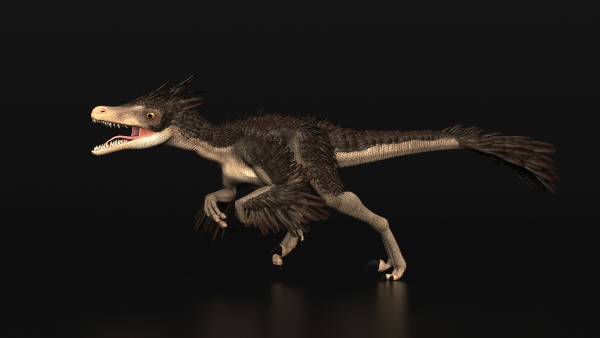 The Evolution Debate is About Honesty

[James A Haught, editor of the Charleston (West Virginia) Gazette, was awarded a Clarion Award by the Association of Women in Communications in the category of editorial opinion in US newspapers under 100 000 circulation. Haught’s editorials and columns defended the separation of church and state in a variety of ways, including outspoken opposition to recent attempts of creationists to have the Kanawha County school board advise teachers to teach the supposed evidence against evolution (see Karl D Fezer, “Juicy Fruit or Spearmint in West Virginia”, RNCSE 2000; 20 [1-2]: 16-19). RNCSE is pleased to reprint one of the columns for which Haught received his well-deserved award.]

During a recent evolution showdown, a visiting “creation scientist” from California repeatedly challenged me to debate, because I support the teaching of evolution. A Charleston talk radio host blistered me on the air because I would not come on his show and quarrel with the creationist professor.

But I felt it would be silly for me to argue about his supernatural beliefs. After all, I would not debate a Scientologist who asserts that all human souls are “thetans” from another planet. And I would not quarrel with a Unification Church member’s claim that Jesus appeared to Master Moon and told him to convert all people as “Moonies”. And I would not dispute a Mormon’s belief that Jesus visited prehistoric America. And so on, and so on.

Let them all believe whatever they want. It is pointless to go on radio shows and wrangle over mystical claims. However, such claims must not be imposed on captive children in government-owned schools. That is prohibited by the separation of church and state, a core principle in the First Amendment in America’s Bill of Rights.

America’s time-tested freedom of religion means that every group may worship however it wishes in its own private church, but it cannot use the power of government to push its beliefs on others. Therefore it was gratifying that the Kanawha County school board overwhelmingly rejected a proposal to let creationist teachers denounce evolution in class. Educated families owe thanks to 4 brave board members – Pete Thaw, Bill Raglin, Cheryle Hall and John Luoni – who withstood heavy pressure from a throng of fundamentalists.

To me, the whole issue hinges on honesty. Let me explain: Science, from a Latin word meaning knowledge, is simply a search for trustworthy facts. It is human intelligence at work. The process is honest, because every researcher’s claim is challenged by other researchers. They test and retest by many methods, until a new idea fails or holds firm. (A researcher who falsifies data is a loathsome criminal in the eyes of fellow scientists.)

While some individual scientists are pig-headed, an entire field cannot be. Science goes where the evidence leads. Science is honest enough to admit mistakes. When new evidence shatters a previous assertion, the old belief is dropped or modified. No such setbacks have hit the theory of evolution.

After 140 years of research, virtually the entire scientific world now agrees that evolution is a fundamental aspect of nature. Complex animals and plants arose from earlier, simpler ones, over hundreds of millions of years. The fossil record shows it. Geological strata show it. Radioactive dating shows it. The incredible diversity of species, with variations in different locales, shows it. The uncanny similarity of organs, bones, fluids, and nerves in many animals shows it.

College biology books are filled with many more examples. All this is why evolution should be taught in public school classes along with astronomy, physics, chemistry, and other established sciences. However, a fringe of “creation scientists” – rigid religious zealots – contend that evolution never happened, because they think it disagrees with their literal reading of the Book of Genesis. These people are not objective about evidence: they reject anything that supports evolution and exaggerate anything that might concur with the Old Testament.

The visitor who challenged me to debate holds a doctorate in physical education and is listed as “an adjunct professor of physiology for the Institute for Creation Research” at Santee, California. He implied that he’s motivated only by scientific interest – but his group’s Web site is that of a church. It proclaims:
We believe God has raised up ICR to spearhead Biblical Christianity’s defense against the godless dogma of evolutionary humanism. … ICR is funded by God’s people … to proclaim God’s truth about origins.
The Institute for Creation Research calls itself “a Christ-focused creation ministry”. It says humans were made fully developed “in the 6 literal days of the creation week described in Genesis”. It says this was a “relatively recent” event, and that fossils were formed during Noah’s flood. It says anyone not saved “solely” by Jesus will “be consigned to the everlasting fire prepared for the devil and his angels”. In other words, a billion Muslims, a billion Hindus, and hundreds of millions of Buddhists, Jews, Baha’is, Shintoists, and so on are doomed to fry forever, according to the ICR.

Well, all this is standard fundamentalism – but it is not science, and it would be illegal to teach it in public-school science classes, especially in cosmopolitan Charleston schools containing Muslim, Jewish, Hindu, Buddhist, and Baha’i children. Maybe you can see why I chose not to debate this mentality. Incidentally, the visiting professor offered $250 000 to anyone who can prove evolution. If this column wins the reward, I’ll donate it to a real science institute.

[Reprinted from the Charleston Gazette, December 21, 1999, by permission.]

This version might differ slightly from the print publication.