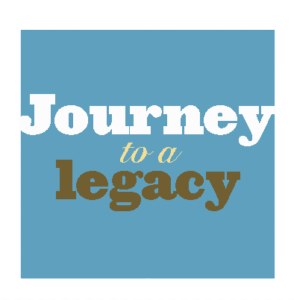 A name I had heard on the news a few years back, but like much of today’s news, it just sounded like one more terrible incident where a youth was mistakenly killed because of his skin color, so it went in one ear and out the other.

I didn’t follow any of the court proceedings or anything pertaining to Trayvon’s life, death, or that of his murder. I was too busy in my own world to bother with the details of this incident.

My daughters and I enjoy reading. We read a book a week if possible. Some books have several hundred pages, while some don’t. They enjoy reading about various topics ranging from biographical, comic books, to children’s books. Lately, however, my oldest has been picking out some real huge books to read, which I wholeheartedly encourage her to do.

So, over this past summer, I challenged my children to read a book a week and then take an “Accelerated Reader” (AR) test at the local library each Saturday. If they scored 100% on the AR test, they’d get $10.

Little did I know that one book would impact my oldest daughter’s heart and mind. The first book she picked to read was entitled, “The Hate U Give” by Angie Thomas. A movie based off the book had recently come out and I knew the general overview of what the story was about.

Two young African – American teens are pulled over by the police. The male teen is killed leaving behind his female friend to question racial bias and take a stand against social and racial injustice.

As my daughter began reading the book, she began to ask various questions about social justice and police brutality. Additionally, she began to make comments regarding the unfairness of how African – Americans are mistreated in relation to Anglos by law enforcement.

One day, my wife and I had a full-blown discussion where my daughter started reiterating some of the underlying themes of the book and she brought up how the police had unjustly killed Trayvon Martin. Granted, she was incorrect on who murdered Trayvon (it wasn’t a member of the law enforcement community), but the mere fact that my 11-year-old daughter was beginning to question the authority and legality of law enforcement came to us as a surprise.

I didn’t even know that she knew about Trayvon Martin as we had never spoken about his circumstances in our home. Additionally, we had never discussed the issues of social and racial injustice especially in relation to law enforcement.

My daughter started to describe how unfair it is for law enforcement to shoot and kill an “innocent” person without any repercussions. She was so passionate about this issue that she began to cry incessantly.

Who knew that the book she was reading would spark some form of activism within the heart and mind of my daughter?

After talking with her and sharing the reality that sometimes members of law enforcement in an effort to protect themselves and others, need to use deadly force in instances that later prove to be questionable and ultimately difficult for the decedent’s family members and the public, she asked that we take her to Hobby Lobby so she could buy herself some white canvass tennis shoes.

Not only did she purchase a pair of shoes, but some erasable markers as well. Upon getting home, she immediately went to her room. After a couple of hours, she reemerged with her new tennis shoes, that were no longer white. Instead, she had painted had one side grey and the other side she hand drew a picture of two fingers giving the “peace” sign. On the other shoe, she paid it red on one side and on the other side, a picture of Trayvon Martin with his name printed and “RIP 1995-2012” on it.

Additionally, she drew a picture of Trayvon with a halo and the words “Unite we fight with words” on it.

To say that I was shocked that she had the creative ability to create and design her own shoes is an understatement. More so, I saw that my daughter has the heart of someone who cares about social and racial injustice.

And even though she can’t express her social activism by posting on social media or protesting in the streets, she did what she knew how, through her creative skillset. She created her own shoes that she wears as a sign of protest and a statement that both social and racial equality is of utmost importance to her.

The ability to express activism comes in all shapes and sizes. For my creative, social injustice infused daughter, her ability is through drawing and creating a voice with her hands.

This little girl, my beautiful daughter, will one day turn the world on its head with her voice and her creative abilities with a statement that expresses her longing for fairness and equity.

A few days later, I took her to the library for her AR test on “The Hate U Give”.

Ten dollars later, we headed to Hobby Lobby for more markers for her next social justice creation. 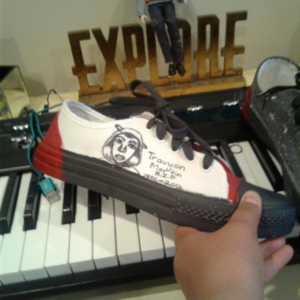 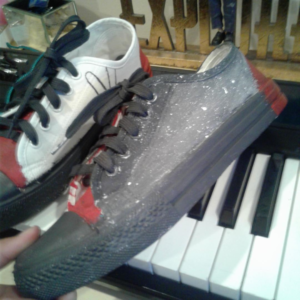 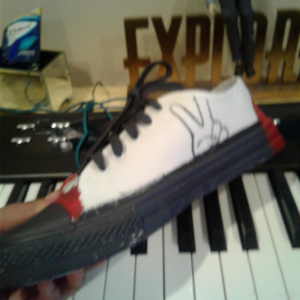 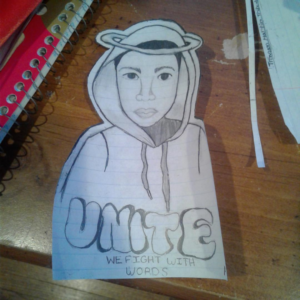