I’m a logical man. I like keeping a clear head. I’ve never wanted to get high or otherwise distort my senses for pleasure. I’ve never taken pills recreationally, never tried heroin, LSD, ecstasy or psilocybin (though I do love other mushrooms). I’ve never even been drunk or smoked tobacco (let alone marijuana). If I want to get outside myself, I’d rather read a book, listen to music or watch a movie.

My only experience with mind-altering substances has been at the dentist: once a general anesthetic when I was having a tooth removed (coming out of it, I felt like I was in a bad 1960s film where the hero was slipped LSD to incapacitate him) and once laughing gas for some cavity and filling work (I hated giggling uncontrollably, and it didn’t fully dull the pain either). I vowed never again.

That said, I’m not morally opposed to drugs. The prospect just doesn’t appeal to me. If others want to use drugs, let them, so long as they don’t do it in the road and frighten the horses (or otherwise impinge on the rights of others). Prohibition doesn’t work, especially when it’s based on biased, distorted or bad information.

I was intrigued to learn some so-called psychedelic, hallucinogenic or psychoactive drugs might actually cure some addictions. The mantra of most drug addiction programs and mainstream, alternative or luxury rehab centers has long been that you can’t cure addiction. Once an addict, always an addict. Even if you don’t use drugs or drink for 20 years, you could still relapse. (Philip Seymour Hoffman is a recent sad example.) An actual cure would be exciting news, especially considering the ongoing opioid prescription pill and heroin epidemic.

I was both appalled and puzzled when I learned that at least one potential cure had been known about for decades, but blocked from use or even serious study because it was placed in the same prohibited category as heroin and opium.

Ibogaine is a psychedelic, hallucinogenic or psychoactive drug derived from certain plants, used for spiritual and medicinal purposes by followers of Gabon’s Bwiti religion. It also could be a powerful tool for drug rehab centers, if the United States government wasn’t preventing its use.

It’s potential was discovered in 1962 by Howard Lotsof, a 19-year-old heroin addict, who was just looking for a new high. He found what he was looking for and went on a 36-hour trip. When he returned, however, he discovered he no longer craved heroin, or any other drug – not even ibogaine – and didn’t have any withdrawal symptoms. It seemed like a miracle cure. He then gave ibogaine to seven addict friends, five of whom reported the same experience: no cravings, no withdrawal.

Lotsof spent the rest of his life advocating for ibogaine use despite the fact that it soon became a proscribed Schedule I drug: no safe or medically approved use, and with a high risk of addiction. Antagonism to even testing the drug was based on general fears of psychedelic drugs and specific reports of cardiac arrhythmia, sometimes fatal.

Those fears are, at the very least, not entirely deserved. LSD and many psychedelics are non-addictive, though frequent users can develop a tolerance, requiring larger doses to achieve the same effect. And claims of flashbacks or hallucination persisting perception disorder (HPPD) seem highly exaggerated.

General concerns about the side effects of psychedelic drugs led to the United Nations’ 1971 Convention on Psychotropic Substances and the United States’ 1978 Psychotropic Substances Act, virtually outlawing their use. That some advocated hallucinogens like magic mushrooms and LSD for the hippy-dippy-trippy purpose of raising human consciousness or spiritual epiphanies probably made them seem suspect, too. (Nixon famously made cannabis illegal to demonize student anti-war protesters.)

Subsequently, finding money for research has been difficult. Since most of these drugs aren’t physically addictive, the argument was for other, mainly moral reasons, though negative health effects were emphasized. Few things make me angrier than distorting facts for some political or moral agenda.

Also hindering the study of ibogaine for fighting drug addiction is that the drug companies, who most often underwrite such research, aren’t interested because it is a natural product, so they can’t patent it. Plus, if it works as its advocates say, it is one-and-done, with no repeat business, said Phil Skolnick, the director of the Division of Pharmacotherapies and Medical Consequences of Drug Abuse at the National Institutes of Health’s National Institute on Drug Abuse (NIDA).

Now the rising opioid addiction epidemic, and the low success rates of current treatments, is spurring renewed interest in not just ibogaine but other psychedelic drugs for addiction treatment, including ayahuasca, lysergic acid diethylamide (LSD), psilocybin (magic mushrooms) and even methylenedioxymethamphetamine (MDMA or ecstasy).

For example, ibogaine clinical trials — some randomized and double-blind — are now underway in the US, Mexico, the UK and New Zealand despite claims (possibly exaggerated) that its side effects include death. LSD has shown some success with fighting drug addiction and alcoholism. Psilocybin is being tested to treat depression. And ecstasy is being tried for post-traumatic stress disorder and social anxiety in autistic adults.

I’m skeptical of miracle cures, so I understand why the Food and Drug Administration won’t approve ibogaine without studies. But so far the government won’t supply the funds for study because of psychedelics’ bad reputation and the rhetoric employed by politicians. (No one wants to be brought up on the floor of the Senate or the House for advocating funding the medical use of psychedelic drugs when medical marijuana is still controversial.) So, with no widespread research, evidence has been almost anecdotal, and firm conclusions have been hard to come by.

Dr. Deborah Mash –- a Professor of Neurology and Molecular and Cellular Pharmacology at the University of Miami Miller School of Medicine and probably the top researcher on the use of ibogaine –- doesn’t claim it’s an addiction cure, only an addiction interrupter. It allows the brain to reset to before the addiction started. She adds that it should be taken under medical supervision, followed by therapy. By itself, she says, it won’t prevent a later relapse. (Some luxury rehab centers in Latin America seem to have good facilities and staff as well as five-star accommodations and amenities.)

However even patients who relapse seem to have an easier time getting clean later on. Prior use of hallucinogens by addicts is often seen as a good indicator of whom would complete a drug treatment program and stay sober, according to an article in the Journal of Psychopharmacology.

Unfortunately this is not really news. Every few years new reports come out, touting promising studies – a recent article in Rolling Stone and a documentary on National Geographic Channel – but nothing happens. Until the government gets behind the research, or at least gets out of the way, nothing much is likely to happen. A recent study on LSD and language was so restricted by absurd government regulations that it could only involve 10 people.

Even then, some people probably shouldn’t take them at all. The late Philip K. Dick, who had an exaggerated reputation as a LSD user – he actually only used it twice – told an interviewer “I used to beg people not to take acid. There was one girl who came over one night, and I made her an amateur Rorschach ink blot, and she said, ‘I see an evil shape coming to kill me.’ I said, ‘You’d be a damn fool to take acid.’ ”

Dick didn’t find LSD enlightening or mind expanding either. In an interview, he said of his perceptions on an acid trip, “It didn’t seem more real than anything else; it just seemed more awful.” Even so, Dick didn’t advocate for a general ban. Neither do I. Neither should our politicians.

As things stand, the use of hallucinogens is restricted to foreign or clandestine facilities. Some are properly staffed by proselytizing former addicts, whether in spartan or luxury rehab centers. Others are as dangerous as snake pits.

Though I personally have no use for mind-altering substances, I agree with Mash when she says, “either ibogaine works or it doesn’t, but we in the scientific community need to test, to study it.” If some psychoactive substances can cure addictions and treat mental illness, the government should not only permit but should encourage that they be properly researched and regulated.

Stephen Bitsoli writes about marijuana, politics, addiction, and related topics for several blogs. A former newspaper and magazine feature writer, and an avid lifelong reader, Stephen enjoys learning and sharing what he learns. 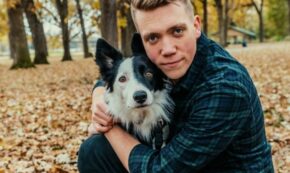 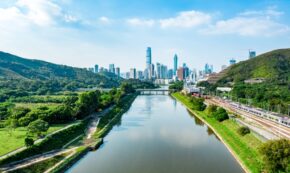 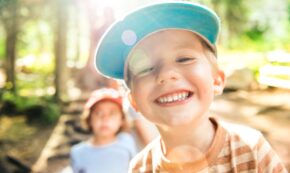 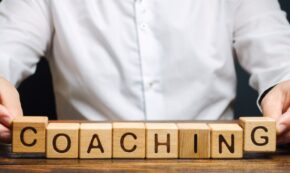 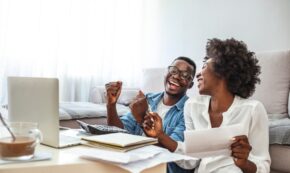 FacebookTweetPinEmailShares126
We use cookies on our website to give you the most relevant experience by remembering your preferences and repeat visits. By clicking “Accept”, you consent to the use of ALL the cookies.
Do not sell my personal information.
Cookie SettingsAccept
Manage consent