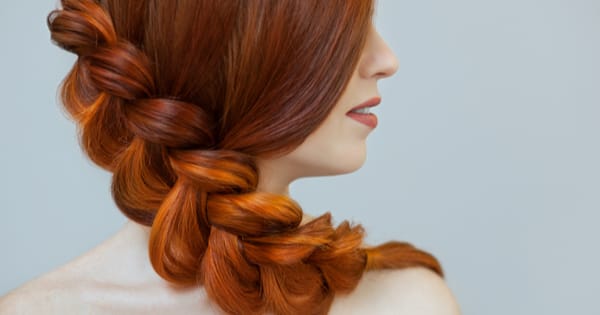 If there’s one thing I knew growing up, it’s that I was working class. Or lower middle class, to use my father’s designation for our status.

I knew it because Dad told me. All the time. As part of our bedtime stories, he carefully laid out the American class strata for my brother and me. (Dad’s taste in bedtime fare was often eclectic. Another favorite was to provide us with round-by-round accounts of famous boxing matches.)

I can still picture his lesson now, the classes running from left to right like any other number line, though this one never quite reached infinity:

After reciting the five categories, he’d mark our location with a sort of verbal “You Are Here” circle:

I wasn’t taught to be ashamed of this designation. On the contrary, I was encouraged to embrace it. We were working people who had nonetheless managed to get ahead a little. (I wouldn’t hear the term “working poor” until after I began to work in the affordable housing industry in 2010.)

We’d gotten a little ahead, but not too far ahead. Again and again, I was reminded where my loyalties should lie. We had most in common with others from our class, and we shouldn’t be fooled by attempts to align our loyalties according to race, ethnicity, or geographical region. These were red herrings, designed to separate us from our own best interests.

Worst of all was the propaganda seen in various media, but nowhere more ubiquitously than in advertising, that suggested people of our ilk would shortly be transformed, moving two or three slots to the right on the number line simply by aligning ourselves, and our spending habits, with those who were already there.

I got good grades in school and performed extremely well on standardized tests. As is common in working-class families, I was told this could translate into greater freedom later on. However, even here what I was taught varied from the traditional message.

I wasn’t told: Get good grades, become a doctor or lawyer, make more money. Rather, the message was: Get a good education, find work that interests you, escape the drudgery of having a job you hate.

As a child, I accepted this message as gospel. Most of it still makes good sense to me. It was paradoxical, then, that I had such a passionate taste for Nancy Drew.

Nancy Drew was most decidedly not Lower Middle Class. She and her lawyer dad and her housekeeper were at least two bumps over from the Corrigans on the class spectrum. To me, the most striking evidence of this, besides the accouterments of wealth that subtly punctuated her life—the housekeeper, the “coupe,” the lake house vacations—was the dearth of humor in those books.

Try to find a joke within the pages of the Nancy Drew mysteries. I dare you. Humor is mentioned occasionally, but no actual examples are provided. The writing always moves from scene to summary at those moments, just as in Ayn Rand novels the prose moves to summary whenever it’s suggested the characters might be having a good time.

However, Nancy Drew and her friends weren’t quite as joyless as Dominique and Roark. They had fun—they danced, they swam, they drove around in that convertible. They even laughed. But I never actually caught any of them saying something funny.

One shameful underpinning of my class-conscious upbringing: I was taught to believe the lack of humor was a byproduct of Nancy’s Upper Middle-Class status. Rich people weren’t funny like us.

What were they, then? What was it I wanted from Nancy Drew? For she was certainly a role model, just as surely as Bugs Bunny, Underdog, or Jo March.

The answer is that Nancy had poise. She had poise and I wanted it, too. I could feel its lack in me. Most of the time I felt like a wild child, a black-haired mess whose tongue was lead in her mouth. But I hungered for poise, badly.

Poise and titian hair, of course.

I acquired the hair before the poise. After a few failed do-it-yourself attempts, I realized I needed help. So I made a salon appointment, emerging hours later with hair the titian color (which, let’s face is, is basically orange) of my dreams.

The salon appointments continued for the next two years, even though I realized pretty quickly no one liked the titian hair but me. My mother just shook her head when I went home for a visit. “If your hair were red, you’d die it black,” she muttered. But there’s no arguing with someone who’s working a childhood dream out of her system.

Somewhere around the time when I returned to my own hair color, I acquired poise, too, after a fashion. I realized this when I’d see a slightly daunted look in people’s eyes when I spoke to them. It was the same intimidation I’d felt myself when confronted with poise as a younger person.

The source of this poise? No doubt I began to acquire it at the ritzy private liberal arts college I attended as an undergrad, a gift from Dad, who insisted my parents re-mortgage the house so I could go to the school of my dreams.

This poise has the same source as glamour—which is, as it happens, an etymological derivative of grammar. Even when my glasses are crooked on my face and my clothes don’t match, people stop and listen when I speak.

Thus, despite the fact that my sensibility, and my economic reality, remain entrenched in the “You Are Here” spot on the class line Dad identified decades ago, I feel a sense of possibility that’s usually denied those who fall on the lower end of the class spectrum. More than that, I feel a kind of power. This is puzzling in our culture, which generally only recognizes power as a byproduct of money, fame, or a certain sort of looks. I have none of those things. And yet it’s there, a whiff of power, hovering around me in the air.

I attribute it to Dad. Somehow he knew freedom and poise could come with education, and that these things were accessible to people from our class, even if common wisdom, and Nancy Drew, suggested otherwise. His belief in me taught me how to believe in myself—one final thing Nancy and I have in common.

END_OF_DOCUMENT_TOKEN_TO_BE_REPLACED

Facebook35Tweet3PinEmailShares38
wpDiscuz
Share this ArticleLike this article? Email it to a friend!
Email sent!