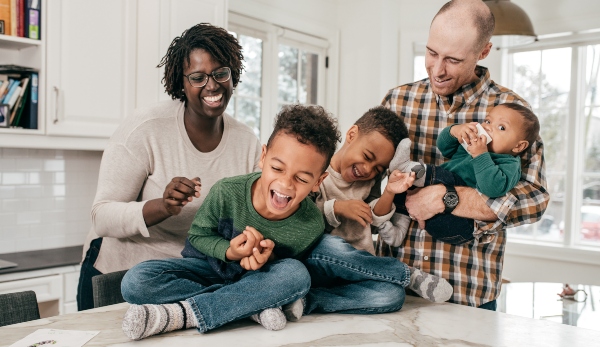 The environmental movement is a microcosm of other realms of society in one troubling way: women are missing. In journalism, academia, politics – on climate change, agriculture, and the economy – men are the visible decision-makers and spokespeople.

We’ve been running a political experiment that excludes women. The result is a politics dominated by abstract notions of the economy that neglect the home and the commons. Governments assume their primary responsibility is to grow the economy and protect private property. They interpret the facts using old legal frames, which permit exploitation of people and places. The onus of proof is on communities to prove that an activity is harmful, not on polluting companies to demonstrate it is safe. The ‘free market’ almost always wins.

The experience of communities’ worldwide is that their water, air, soil, and children’s health are disposable for profit. Oil spills, childhood cancers, polluted water systems are not accidents. They are expected outcomes.

Like toxic waste, injustice accumulates over time – especially when we try to bury it. The irrevocable damage is hidden in the futures of our children.

And so we are stuck; aware of the urgency and complexity of the issues we face, and paralyzed or too disillusioned to act. We are stuck because we have been looking for solutions without all of the stakeholders at the table, including women. This affects how we perceive and define the problems, and limits the kinds of solutions that are available.

Our own complicity in the unfolding environmental tragedy can haunt us, leading to what some have called “moral wounds”. These moral wounds, where we know that our transportation, energy, agriculture and medical systems are environmentally bankrupt, and also that we are integrally involved in those same systems, lead to what some call pre-traumatic stress disorder: we see what is coming, we are part of the problem and we have no way to make more ethical choices.

Women know they have been excluded. Exclusion makes it more difficult to take meaningful action, compounding the moral wound. The underlying message to women about helping solve any environmental problem has been to shop responsibly. Use your dollars. Change to energy saving light bulbs. Be the de facto gatekeeper of every purchase for toxic chemicals. But shopping doesn’t work as the sole solution. We tried it. There were too many warning signs, too much evidence of decline and danger.

Women can see the mounting costs to their communities from climate change and environmental degradation. In caring for the aged and sick, women become keenly aware of the increase in disease and disability in children. Women, who gather the water and are responsible for their family’s nutrition, can see the damage to the water and to the land that we share. They see the environmental threats to their children wherever they turn. The evidence is overwhelming: future generations are in danger.

At the same time, women are recognizing that they have unique wisdom to offer; their roles as caretakers bring them close to natural cycles – to birth, death, and resilience, they have stories of survival and different visions for the future. Women’s bodies are the first environments for future generations; our bodies reflect and transmit the toxic state of our collective environment. Women’s bodies bring life into the world and so we have a responsibility to make sure the environment is healthy and whole.

Women also share a collective history – as property, second-class citizens, underpaid employees, and as bearers of age-old violence. And so women have always been disproportionately burdened by structural injustice and environmental degradation. The first phases of feminism were a response to these realities.

Borne out of this history, and given what we now know about the complex environmental issues we face, a new wave of feminism is emerging, predicated not just on claiming rights but on claiming responsibility. This is the crucial difference in this new phase of feminism: a responsibility to act. This responsibility is larger than shopping choices and making small changes in our homes and families. The fierce responsibility is to create the paths to a habitable and healthy Earth. This sacred obligation can only be fully met by making systemic changes, which compels us to do two things: block threatening, damaging policies and technologies, and create new commons-based solutions.

A community that unites and stands together to block an oil pipeline or fracking is far more likely to succeed than an individual working alone. The same goes for creating the commons infrastructure needed for a healthy world—the parks, sidewalks, public transit, clean energy systems. We can’t create a public transit system that reduces greenhouse gas emissions alone, but we can do so together.

And so, women are coming together—around kitchen tables, on porches, in women-led organizing campaigns, in large gatherings—and withdrawing their consent to a toxic legacy, an unstable climate, the loss of birds, fish, pollinators. They are naming the moral wounds and stepping up to address them. Governance of the people and by the people is dependent on the consent of the governed. Women are no longer consenting to being excluded. They are no longer consenting to decisions that amount to a theft of the future from generations to come. In these gatherings they are saying that band-aids on the wounds of the Earth and the body politic are insufficient. The wounds need to be healed. They are asking how can we live in ways that restore the commons and allow us to hand them to future generations in better shape than we got them?

Together, women are sourcing new definitions of problems and seeking smart solutions. Women are recognizing that their participation (or lack thereof) is more than a personal demand for individual justice. Our inequality affects not just our lives but those of children and our great grandchildren of all species. And so women are rising up to claim their responsibility and act on behalf of the earth, the commons, and future generations.

Since 2012 there have been three large gatherings of women that have met to forge new tools and open new paths for this work on behalf of Mother Earth and future generations.

In 2012 the first Women’s Congress for Future Generations met in Moab Utah and drafted the Declaration of the Rights of Future Generations and the Responsibilities of Present Generations. In 2013, the International Women’s Earth and Climate Summit met in New York and released a Declaration that announced that the women of the world were calling for urgent action on climate change. Then in 2014 we convened the second Women’s Congress for Future Generations in Minneapolis Minnesota where we issued the Declaration of the Rights of All Waters. There is more evidence of this movement: numerous women’s environmental organizations such as the Women’s Earth Alliance, Women’s Voices for the Earth and the Women’s Environmental Institute are doing remarkable work on behalf of the Earth and future generations.

Men have a role in this too. In this new phase of feminism everyone shares responsibility for the commons: the moral wound is not women’s alone. We’ve tried some new experiments and new roles for women and men. At the 2012 Women’s Congress for Future Generations, men participated as Sacred Witnesses both to the damage of the Earth and then witnessing the work of the women present. At the second Women’s Congress in 2014, men did not have differentiated roles, but women organized the event, ran the panels, and were the keynote speakers. We are experimenting not only with how to work together but how to take care of what we share in new and creative ways. This is not exclusionary work; this is allowing those who have been excluded for a long time to fulfill their rightful role and to claim responsibility.

Indeed, we know there are cycles and times of change. A woman’s unique authority to be at the decision-making table is not sourced simply by the ability to give birth. Women who are taking care of children will have a unique role in protecting the commons for future generations of all species, which will be different from those who are young and untethered, which will be different from those who are wise elders. There is a place for each of us. And that place may change. But the common thread that ties us is our responsibility.

We honor our foremothers who are the backbone of the feminist movement. Feminist leaders have shown us how to claim our place at the table. This new phase of feminism focused on ensuring a healthy commons for future generations can only come from a new understanding of essential rights. Recognizing the rights of both present and future generations confers on us this responsibility to pass on clean water, clean air, biodiversity, and a stable climate.

What you can do: You can: