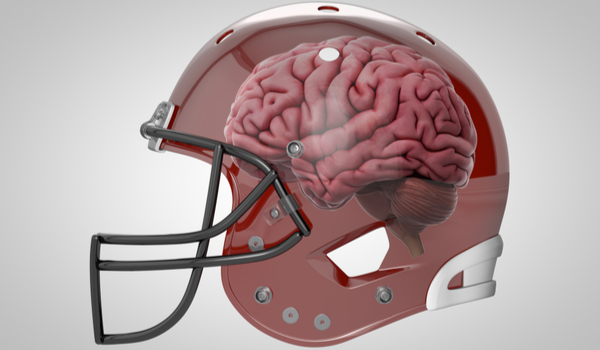 The NFL season used to start in August with the preseason and then end in January but that’s not so much the case anymore. It’s always football season now. Once the Super Bowl is over it’s just the beginning again for the NFL. Time to start ramping up coverage from every angle, be a part of every website possible, and to make sure that every demographic is paying attention.

The half time show is one way they make sure of that. It’s the reason the show has had a pop act since 2010. This year the game got equal post-coverage as Shakira and Jennifer Lopez.  What they “weren’t wearing” got hot on social media, with some posting “What do I tell my kids?”

The same clapback wasn’t experienced when Adam Levine was practically naked a few years ago, but rather he was thrown under the bus for looking much like a Chipotle to-go bag or an early 1990’s tattoo parlor wall. But through all of it, the NFL consistently has come out smelling like a rose. Even as they quietly released the most disturbing stat of this year’s competition.

It has very little to do with nudity but everything to do with women.

Reported concussions were up this year from last after the highest year since the NFL began releasing information on them in 2012. This forms a three-year average of 240 concussions per season, a troubling and scary thought as we watch our heroes of the gridiron scramble their brains at the rate of about one concussion per game during the season. The more we learn about CTE and head injuries in the NFL the more we would imagine that fewer and fewer people would want to take part in the demise of another human. But NFL Commissioner Roger Goodell stated just before Super Bowl LIV that viewership was up. 187.3 million fans with 47% reported to be women.

“The highest fan base ever…has been driven by an increase in Gen Z and growth of female fans”, said Tim Ellis, the NFL’s Chief Marketing Officer, when speaking with CNBC. He went on to opine that 38% of avid NFL fans are female. Microsoft’s Corporate Vice President of Brand commented that the Super Bowl ads reflect that change in demographic and that we are no longer staring at women in bikinis during breaks in the football action. She said, “now people know better.”

What is not made clear was where those numbers came from. Super Bowl advertisements can’t prove that more women are watching. As for Goodell, he hasn’t been the most trustworthy commissioner a sport has ever seen, and he gets paid to build these numbers up. This wasn’t an independent third-party study, but rather numbers and statements that come directly from the NFL. Are they going off cable bills? Did they send out mass surveys to the younger generation, especially women, to get this information? It’s difficult to imagine crowds of teenage girls super excited for a battle between the Titans and Texans or just about any Sunday late game.

The sport is more violent than ever and with the added medical science showing us that head injuries are more prevalent than we previous thought; it seems counter-intuitive that more and more people would want to start watching now. It seems even more unlikely that women between the ages of 7 and 22 are the reason the popularity is growing. People who don’t care that much about football wouldn’t start watching because of CTE and concussions. Why the NFL is pushing this fact out now seems suspicious at best, and a complete lie at worst.

Not too long ago, boxing was the premiere sport of choice in this country. Muhammad Ali emerged from the shadows, a mere shadow himself of what he once was. The same could be said of Earl Campbell too, but somehow the NFL remains untouchable, their questionable stats, statements, and figures going unchecked. But maybe it’s because no one actually cares that much. Other people have been able to say whatever they want and the backlash is very little if at all. As “celebrity” climbs in popularity, and we ask fewer questions, it becomes apparent that people will continue to go on getting hurt, facts will get slanted, and truths will be harder to come by.