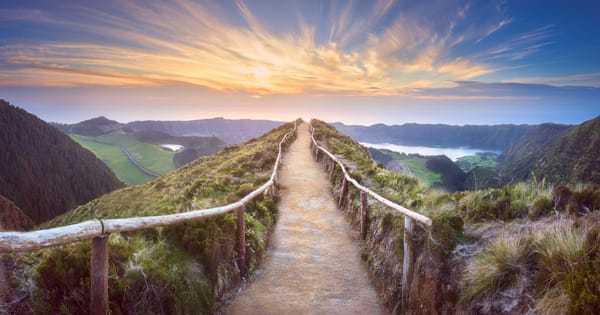 I was getting ready for bed last night and suddenly the whole world became quiet. It was like someone suddenly turned off all the noise. I could still hear, but whatever I heard only reinforced the quiet inside me. I felt there was nothing else I had to do, no place other than here I had to be. This was it.

The quiet was so deep, whatever I looked at was endowed with tremendous meaning and feeling. Looking at Milo, the cat sleeping on the bed, and I noticed an inexplicable sense in myself of both vulnerability and joy.

Sometimes, I feel a barrier has been placed over my mind or body, like a glove. Or I try to speak to someone or read a book and the words I speak or read echo in my mind. Another me seems to be doing the hearing and I hear only second hand.

But other times, there is no barrier. The Buddha, in the Bahiya Sutta, spoke about mindfulness as being: “In the seen there is only the seen, in the heard, there is only the heard…” This is it, I think. What is heard is not separate from the hearer. Only afterward do words come to mind, words to describe it all, about beauty, pain, joy or sincerity. Words can hint at or point the way, but the truth is the experience, not the words.

In college, I took a wonderful class taught by a philosopher named Frithjof Bergmann. He was German and, at one point in his life, an actor, and he often made his lectures dramatic events. One day he asked us what makes life meaningful. For the philosopher Nietzsche, he said, life gains meaning by giving it necessity, achievement or a personal goal. When the events of one’s life are organized like a work of art, to serve a purpose, life feels meaningful.

But for the novelist Herman Hesse, what adds a sense of meaning to life are particularly extreme moments, when the events of one’s life come together or take on a shape like the unified elements of a story–but is not a story. It is not an end that creates meaning, but a moment.

Other people talk about being part of a mission and serving something greater than themselves, and they make of their life a story. As in many religions or political ideologies, they look for meaning by searching for a role in a cosmic drama of a hero against a fiend, of good against evil. Or they just hope to contribute to making life better for someone other than themselves. This is a version of Nietzsche’s goal or purpose. Others might believe gaining power or money gives meaning.

But Professor Bergmann cautioned us. To think life needs to be given a meaning is to say life itself is not sufficient or not meaningful. Life becomes something secular, something incomplete, that still has to be endowed with the sacred, or with whatever is thought of as missing. In a sense, this leads to absconding from life.

It’s not that having a goal in life or a mission greater than oneself is not worthwhile. It certainly can be. I was a public-school teacher for many years, and spending each of my days helping others transformed my life.

But without the silence inside, without fully feeling what I felt and hearing what I said, the reality of what I was doing and why would not have been there. The hard work and long hours of teaching would have become a drain, not an opportunity.  I would have been acting on the shadow of meaning, not the reality.

Last night, if I had created in my mind a story of defeating enemies or I had planned ways to fight for power or money, I could never have found what I had found. My attention would have been diverted from the moment I was living to an image of a heroic person that did not exist. It would have taken me to an end divorced from a means, an idea not a moment.

Instead, there was no absconding from anything. Nothing was missing. There was no need to add meaning because everything was already meaningful.

Only afterward did the literature of my life rush in. And I realized how alive I had felt, joyous and open.

So, maybe sit up, close your eyes, and simply breathe. With each breath, savor it like a great gift. Taste the air as it comes in, feel and appreciate your ability to relax and let everything go as the air goes out.

To appreciate this most simple and basic aspect of your life, the whole of life takes on more depth. If any thoughts come up, just notice them as you inhale–and as you exhale, let them go and return your attention to the breath. After three or four breaths, open your eyes and look. You will better discern what needs to be done.

Then you can do it.

Facebook38Tweet3PinEmailShares41
wpDiscuz
Share this ArticleLike this article? Email it to a friend!
Email sent!