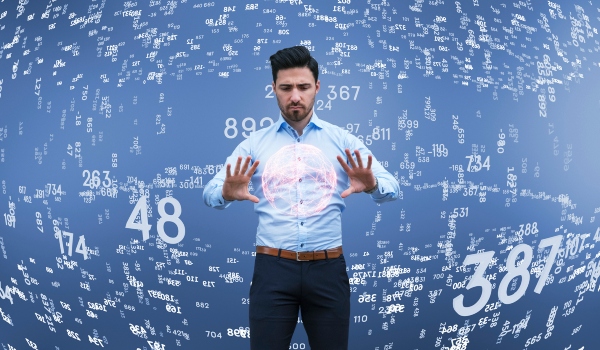 —
This is a node I have created on the debategraph map of the Pattern Language Project which describes the dynamic phenomena that appear under non equilibrium economics.

Below is an abstract/summary from W. Brian Arthur Complexity Economics: a different framework for economic thought pp 9-11. This paper provides an interesting perspective and some very useful elements for the structure and content of the pattern language, showing how complexity & network theories are key to our enterprise, and it opens up areas of further exploration.

W. Brian Arthur describes economics as a vast and complicated set of arrangements and actions wherein agents—consumers, firms, banks, investors, government agencies—buy and sell, speculate, trade, oversee, bring products into being, offer services, invest in companies, strategize, explore, forecast, compete, learn, innovate, and adapt. In modern parlance we would say it is a massively parallel system of concurrent behavior. And from all this concurrent behavior markets form, prices form, trading arrangements form, institutions and industries form. Aggregate patterns form from individual behavior, and individual behavior in turn responds to these aggregate patterns: there is a recursive loop. The economy is therefore never in a state of equilibrium, but in motion, perpetually “computing” itself—perpetually inventing itself and constructing itself anew, creating novel structures and possibilities for exploitation, and perpetually open to response.

Arthur describes complexity as the study of the consequences of interactions: the patterns, or structures, or phenomena, that emerge from interactions among elements—particles, or cells, or dipoles, or agents, or firms. The study of formation—the formation of structures—and how this formation affects the objects causing it. Complexity studies how changes play out. Or, in other words how change (or behaviour’s effects) aggregates and propagates through interconnected behavior.

Observing flows in economy or in other domains such as traffic flow one may notice three things:

Here are examples of phenomena that can be seen when an equilibrium frame or filter is not applied:

As wins or losses are based on forecast capacity, investors typically generate (or discover) their own forecasting methods, try out promising ones, drop those that don’t work, and periodically generate new ones to replace them. The stock price forms from their bids and offers, and thus ultimately from agents’ forecasts. Our market becomes an ecology of forecasting methods that either succeed or are winnowed out, an ecology that perpetually changes as this happens. And we see several phenomena, chief among them, spontaneous bubbles and crashes. If the price of a stock rises for a while from a first type of forecast, investors will buy in thus validating it, which may cause a further rise. Eventually this drives the price high enough to trigger a second type of forecast. Investors holding these sell, the price drops, which switches off the upward forecasts, causing other investors to sell too, and a crash ensues. The scale and duration of such disruptions vary, they happen randomly in time, so they cannot be predicted. What can be predicted is that such phenomena will occur, and will have certain probability distributions of size and scale. (how does this compare/combine with ‘self fulfilling prophecy’?)

The phenomena illustrated appear and disappear very much in distinct historical time or space, so we will not see them if we insist on equilibrium. And they are localized: they appear in one part of the network or the stock market, possibly to diffuse from there. They operate typically at all scales—network events can involve just a few individual nodes or they can be felt right across the economy. But usually they take place in between the micro and macro, so we can rightly call them meso-phenomena. They are properties of the meso-economy.

And we can see something else. If the degree of interaction in such a system is changed from outside (the probability of events causing further events is increased, say, or more linkages are added), the system will go from few if any consequences to many, and from that to undying-out consequences. It will go through a phase change. All these properties are hallmarks of complexity.

These are phenomena (or orders or structures) that arise in complex systems. Other phenomena have been noticed and others remain to be discovered. Complex system phenomena do not appear until some underlying parameter of the model that depicts the intensity of adjustment or the degree of connection passes some point and reaches some critical level. The overall behavior then undergoes a phase transition. The degree of complexity or transition from simple/equilibrium, to complex and to chaos or multiple equilibrium is a function of the rate of propagation of the change and the capacity to adjust. This is a characteristic of nonequilibrium models. (In this respect we may want to look into the Cynefin model and work on the conditions of transition from one quadrant of the model to another).

The mathematical theory shows that propagations of events causing further events show characteristic properties such as power laws (caused by many and frequent small propagations, few and infrequent large ones), heavy tailed probability distributions (lengthy propagations though rare appear more frequently than normal distributions would predict), and long correlations (events can and do propagate for long distances and times). Such features occur in all systems—physical, chemical, biological, geological—in which events propagate, so it is not surprising that they occur in our economic examples where propagation is important. They also show up tellingly in actual economic data (Brock et al. 1992; LeBaron et al., 1999).

The mechanisms we’ve been looking at arise from self-reinforcing behavior in the interactions, called positive feedback loops. Agents buy into a stock, or disturb a market slightly, or propagate some change, and this causes further buying in, or further disturbance, or further propagation of change. Or as we saw earlier, agents show uncertainty in choice and this causes further uncertainty, or bring on some novel technology and this calls for further novel technologies. Such positive feedbacks disturb the status quo, they cause nonequilibrium. And they cause structures to appear. A small backup in traffic causes further backup and a structure forms, in this case a traffic jam. This is where Brownian motion comes in; it brings perturbations around which small movements nucleate; positive feedback magnifies them and they “lock in,” in time eventually to dissipate.

The presence of positive and negative feedbacks acting together is very much a defining property of complex systems. If a system contains only negative feedbacks (in economics, diminishing returns) it quickly converges to equilibrium and shows “dead” behavior. If it contains only positive feedbacks, it runs away and shows explosive behavior. With a mixture of both it shows “interesting” or “complex” behavior. With positive feedback interactions add to each other and cause structure, in time to be offset by negative forces and dissipate. Structures then come and go, some stay to be further built on and some lead to further structures. The system is “alive”.

These observations add to the earlier literature in economics on positive feedbacks or increasing returns (at the micro-economic, the firm’s level). Here, if a firm (or product or technology or geographical region) gets ahead, possibly by small chance events, given increasing returns it will gain further advantage and get further ahead; it may then subsequently go on to dominate the outcome (Arthur,1989, 1994). The process that increasing returns bring into being is by now well known. Positive feedbacks are however present more widely in the economy than we previously thought: they show up not just with firms or products, but in small mechanisms and large, in decision behavior, market behavior, financial behavior, and network dynamics. They act at all scales to destabilize the economy, even the macro-scale (Keynes’ theory can be seen as positive feedbacks temporarily locking in one of two possible states: full employment and unemployment). And they lead to a set of characteristic properties: multiple attractors, unpredictability, lock-in, possible inefficiencies, and path-dependence. Their counterparts in physics are multiple metastable states, unpredictability, phase- or mode-locking, high-energy ground states, and non-ergodicity. All properties we associate with formal complexity.

This post was previously published on Commonsabundance.net and is republished here under a Creative Commons license CC BY-ND 3.0.