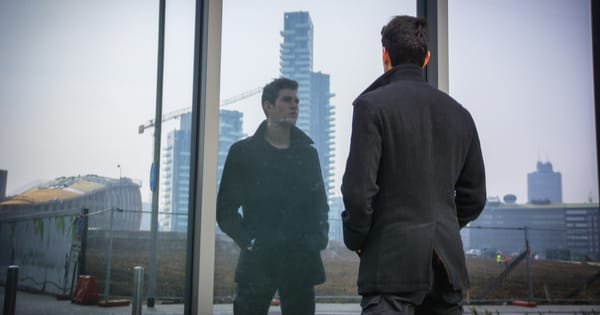 Did you know that most of us lie to ourselves all the time? The brain will do literally anything to stop itself from feeling hurt, and that includes whispering to ourselves sweet nothings until the pain goes away. Sometimes, if a lie gets so bad then you could end up convincing yourself of that lie. I know it because I’ve been there before.

The lie I used to tell myself, and that I convinced myself of, is that I used to work somewhere when I didn’t — I had even constructed little scenarios about what happened when I worked there. After enough time and people that I told it to went past, I eventually believed it. You see, I needed to tell this lie to get a job that I wanted, which I did, but right at the beginning I had to keep talking about my last place of work when realistically I had been unemployed. It was a lie that I told everyone because I was scared of admitting the truth, that I was out of work and no-one would have hired me during that time.

Self-reflection is understanding how your inner self works, and what makes you do the things that you do. Like Socrates said,

To know thyself is the beginning of wisdom

The beginning of self-reflection is truth. I absolutely like to rule my life with 100% honestly to myself and others around me. How can you understand yourself better if you’re not honest with yourself in the first place? Deconstructing those patterns are usually the path to a more forward-thinking and abundant life.

How does someone lie to themselves you may ask? Well, it might be convincing yourself that they, “really do like you,” when inwardly they’ve not shown you any signs whatsoever as to whether they like you or not. Or it could be that you’ve been really horrible in a situation, and rather than own up to your part in it, the anger takes over and you’ve convinced yourself that it’s all their fault. Most of us tell ourselves these lies and the other people we can drag into our safety circles, as a way of protecting ourselves from feeling horrible about the situation, or more to the point, being partly responsible.

We all do it, lie to ourselves. Even on the minute and unnoticeable scale, so don’t go feeling bad about it. It’s part of human nature, and part of the tribalistic way we are as animals.

But that doesn’t mean to say that you can’t drag the scale in which you lie to yourself to the bare-bones minimum, and perhaps even when you catch yourself doing it recognize that you are doing it. If you go meet a counselor, then he or she is more than likely to try to get you to unravel the ways in which you tell yourself flying porkies.

Honesty is the first point of self-reflection but it’s not the last. You can know yourself completely but never make any steps whatsoever to modify your own behavior to make life better for yourself. I know countless people that know themselves very well but reflect very little and find themselves in the same situation over and over again. As Rita Mae Brown said in one of her mystery novels:

Insanity is doing the same thing over and over again, but expecting different results.

Reflection is the art of looking back and seeing where you’ve gone wrong. You can only do that if you’re being honest with yourself. You see, I know how that feels — because I’m 39 right now and I’ve racked up a fair bit of wrongdoings; my drug-addicted path, my self-centeredness, and more importantly, always putting myself first. It can be quite tough being objectively honest about some of the mistakes I’ve made in my life. Recognizing them, and understanding what needs to be done so they can’t happen again has always been the way forward. Everyone makes mistakes, everyone.

And yet I don’t stop there. Understanding what happened in my parents’ lives to lead them down the path of treating me the way in which they did; the good, the bad, and the ugly helped immensely. Understanding why and reading between the lines is key!

I’m a self-reflectionist. Sometimes when we’re watching a comedy and I point out something that wouldn’t happen in real life my wife has to stop me and say, switch it off Raymond, it’s a comedy. It’s not meant to be analyzed! Hah.

So, there we are. Know thyself, be honest, and reflect constantly. That’s my motto! 🙂