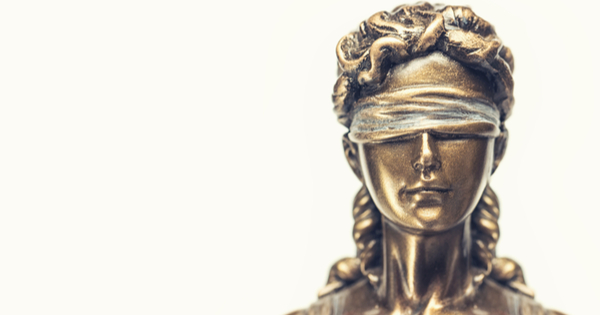 We faced a deadlocked jury, a smirking, defiant defense attorney, a frail(?), unrepentant movie mogul pushing his walker up the courthouse steps. Reach back a little further, see the fury of a Supreme Court nominee, the anger of the Chair of the Senate Judiciary Committee and the scorn of the President. Two high profile cases of rape, and the most promising result seemed to be a tie in the jury room.

Christine Blasey Ford was dismissed in front of a whole nation by the Senate. When you listen to to Senator Susan Collins rambling, sycophantic excuse for her vote in favor of the nominee you knew it didn’t matter what had happened to her all those years ago. Trump nominated him and the Senate was going to approve him. All of the Blasey Ford bravery was for nothing. It is impossible to imagine the difficulty of coming forward with such painful recollections.

During the investigation into the charges against Kavanaugh the FBI interviewed two women who accused the nominee with similar charges. Neither was subpoenaed by the Senate. Evidence that should have been considered, that could have bolstered Blasey Ford’s accusations was ignored. Bear in mind, this was a Supreme Court appointment, and the Judiciary committee disallowed witnesses who accused the nominee of rape. If it weren’t so shameful it would be ridiculous.

Back to New York, where Harvey Weinstein’s jury was deadlocked, after hearing from two accusers. He was accused of rape, sexual assault, or sexual harassment by dozens of women. Women who have achieved fame and fortune. They don’t need to manufacture headlines by making false accusations. They are not witnesses, but maybe they should have been. It seemed possible that he would be acquitted.

Of course it was possible, no matter how improbable that he was innocent.

According to RAINN, the Criminal Justice System says that of every 1,000 cases of rape, only 230 are reported. 46 of those reports will lead to arrest, and 5 will lead to convictions and imprisonment. Five out of a thousand cases. It bends a person’s view of reality. Three out of four rapes will never even be reported. There is a serious problem with the value of women in America. Shoplifters face worse odds.

It’s easy to understand why women would be reluctant to come forward. Being a victim once is bad enough, being a victim the second time is terrible. The old adage of “fool me once, shame on you, fool me twice…” comes to mind. Watching the vitriol of Lindsey Graham while he discussed Blasey Ford was an illuminating experience. It revealed how deeply flawed the system is, how stacked the odds are in favor of those in power.

And, if you don’t believe white men are the ones in power you aren’t paying attention.

We will never civilized until we afford the same system of justice to every member of society. We need to make the family of man the family of everybody.

That is why the Weinstein verdict seems like a bolt from the blue. Found guilty of both a felony sex crime and rape (but innocent of the equally likely and most serious charge, predatory sexual assault), Weinstein could be facing 5 to 25 years of jail time.  (He also faces charges in California). As actress Ashley Judd said on Twitter:

For the women who testified in this case, and walked through traumatic hell, you did a public service to girls and women everywhere, thank you

Tim, Thanks for a compelling article.
Regarding your comment: “All of the Blasey Ford bravery was for nothing.” My stepson just spent winter break assisting Christine Blasey Ford and other volunteers in organizing the over 150,000 hand written letters (doesn’t include emails) that Blasey Ford received from mostly women who commended her for her courage and willingness to speak out.
Many, many also attributed their own healing to her. Just a reminder that we can never know what is for nothing and what is truly world changing.

Thank you so much, Tim. Every day, there are so many tiny instances of sexual abuse, harassment, derogatory behavior, and commentary against women and parents have to reach their children -boys and girls – to be respectful and to not be afraid to speak up.

You have the answer. We need to teach our children respect and consideration. The world will be a better place for everybody.

FacebookTweet7PinEmailShares7
wpDiscuz
3
0
Would love your thoughts, please comment.x
()
x
| Reply
Share this ArticleLike this article? Email it to a friend!
Email sent!