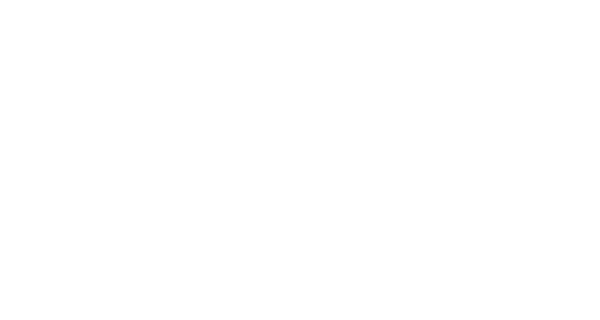 My experience in a college rat lab.

I was recently asked by a student who is studying animal testing to provide my experience working in a lab. I thought I would publish what I wrote to her in case others may benefit from this:

When I was an undergrad at Ithaca College I was fortunate enough to be awarded a grant to conduct my own research study. A professor I admired was serving as my mentor, and I was going to conduct a study based on hers. She was looking at the interaction effects of early childhood trauma, alcohol, and aggression in rats. My study looked more deeply at the early childhood trauma paradigm we used and examined the impacts that the maternal separation protocol we used had on the mothers. I had pet rats as a kid, and going into this I actually thought that working with rats would be fun and that through my research, I would be able to help improve the conditions of experimentation by looking at ways to ameliorate some of the harmful effects of the maternal separation protocol on the mothers, who were really just collateral damage in this protocol designed to traumatize babies.

The reality of what I was doing every day was very different. it became pretty clear that the protocol was distressing to the mothers as they would scream and fight while I separated them from their babies. Overall, the lab was just an incredibly horrible place. Rats were kept in bins known as “shoeboxes” for their size, which are nowhere near the appropriate amount of room to keep a rat in ethically. Rats need a large cage, regular playtime outside of their cage, and socialization. The rats and the lab received none of this, accept the times that we were testing on them. Even if the tests we were conducting were not cruel, the basic conditions they were kept in was already unethical.

The studies we were conducting involved causing purposeful and regular harm to the test subjects in order to learn from their responses and apply this to our knowledge of human psychology. For example, the maternal separation protocol we used involved separating newborn babies from their mothers for three hours a day, a process which is known to cause conditions similar to having been neglected as a child. We did this to hundreds, if not thousands, of babies – bringing them into the world only to force them to grow up neglected and traumatized. The aggression protocol we followed involved baiting aggressive male rats to attack a less dominant male. These bait males were often seriously harmed, and often had to be euthanized due to their injuries.

More than once, mistakes were made which caused animals to suffer additionally and be unnecessarily killed. For example, a careless janitor cleaning one of the nursery cages did not realize that pups had been born, and threw out all the litter – pups included. When my lab partner and I got to the lab that morning we realized what had happened, and had to dig through piles of trash outside to pull the newborns out of the bags they were left to suffocate in. We could hear them crying in the bags as we dug through the dirty litter, desperately trying to find all of them. After we rescued them, they had to be euthanized anyway due to the severe trauma they had experienced (versus just the usual trauma we were going to put them through). This happened TWICE.

Additionally, it was important for all litters to be the same size, otherwise, this would be a confounding variable. Most rat litters consisted of between 8-13 pups, so we “culled” the litters down to 6 for consistency. This involved cutting the heads off of the newborn pups with a pair of scissors. Whether any one pup lived or died at that moment was pure chance. I personally refused to perform this task.

It was not uncommon for animals to become harmed in the lab who did not need to be euthanized, but who we were not prepared to care for. No animal in the lab ever received veterinary care. One time, a mother rat had a complication during birth. We had to either perform surgery on her or risk losing the entire litter. My lab partner and I were not able to handle this on our own, and our Professor was nowhere to be found. We ended up calling in my lab partner’s boyfriend who had got to like 3 weeks of vet tech training or something. We were absolutely negligent in her care, and she and her babies suffered for it.

And, of course, no matter how well the study went, at the end all of the “subjects” were killed. While there were some paths to adoption for some of the rats (and I did end up adopting 2 from the lab), the overwhelming majority of the rats needed to be killed to complete the study because we were examining cortisol levels in the brain, which could only be collected posthumously. We killed thousands of rats in a gas chamber in only one semester. What I experienced in the lab has had a lasting impact on me. At the time, I was incredibly depressed and did not really understand why — I thought I was doing something good. About 4 months into my project I started abusing alcohol to numb the guilt and pain I was experiencing. I would spend my lunch breaks crying on the bathroom floor regularly. I still have nightmares about the lab, particularly about the pups, and was recently diagnosed with C-PTSD with the violence I experienced and perpetrated in the lab being a factor.

Perhaps the saddest part of all of this, though, is that we did not help anyone. The studies we were conducting added nothing new or helpful to the field and all of that suffering and death was essentially for nothing. There are tons of alternatives to animal testing, and more and more the efficiency of animal testing as a valuable method is being called into question. But I think a point that often gets lost is that this debate is often framed from a human-centric, speciesist point of view.

Even if the studies I was working on would have helped humans to some degree, who are we to determine that this advancement is worth THOUSANDS of tortured and murdered sentient beings? It may seem silly, but I often urge people to consider a superior, highly evolved, alien race with IQs of 500 and abilities beyond our imagination. If this alien race was to stumble upon Earth and start testing on humans to help solve issues in their own population, would we consider this justified or ethical merely because they are smarter and more powerful than us? Certainly not.

We recognize that our own pain and suffering is valid, but refuse to apply this same logic and empathy to non-humans. Yet, this very same science tells us that they are sentient, and do suffer. In fact, if the rats in my lab did not experience pain, trauma, or other emotions similar to humans — they would not have been useful subjects at all.

We have to move this debate beyond alternatives to animal testing and look at the core morality here: is this ethical? Can it be morally justified? As someone who participated in the violence for longer than I wish, I can tell you without a doubt that there is no ethical justification for what we do to non-humans, in labs and beyond.

This post was previously published on MaryKatefain and is republished here with a Creative Commons License.

FacebookTweetPinEmailShares182
wpDiscuz
0
0
Would love your thoughts, please comment.x
()
x
| Reply
Share this ArticleLike this article? Email it to a friend!
Email sent!