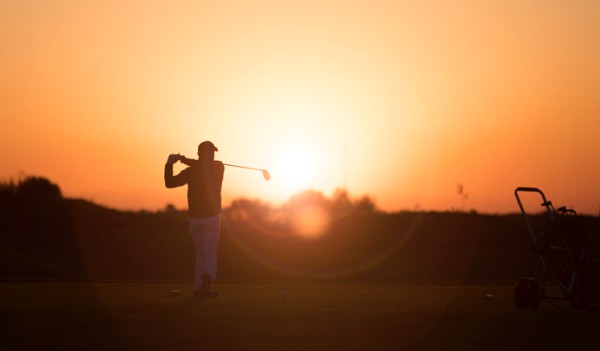 Since Dwight Eisenhower was president, a set of customs has arisen linking the office with golf links. Ike’s two terms began a Kabuki production where the out party accuses the in party of being led by a man who spends time on the links when he ought to be solving the country’s problems. When the out party becomes the in party, the new POTUS heads for the links.

Some wags claim that the association of Kabuki with prostitution during its origins in the Tokugawa shogunate made it a natural description for U.S. politics; others point out we’ll not be needing to describe the golf links dance much longer because Donald John Trump has probably retired the trophy.

That’s a good guess, but it’s wrong. Trump has rolled over Barack Obama like a big orange wheel after setting up Act One by attacking Obama’s time spent golfing on Twitter at least 27 times.

According to Judicial Watch, Obama and his family cost the taxpayers $114 million for travel over his eight years. Trump has exceeded $105 million (the tab as of July according to Forbes) already on golf excursions only.

On the hustings in 2016, Candidate Trump told the nation:

In his two terms, Obama golfed every 8.8 days. Trump, so far, hits the links every 4.2 days. Slam dunk. Republican Dwight Eisenhower, who started the modern trend, put both Obama and Trump in the shade by golfing every 3.7 days in his two terms. Even so, Ike is not the champ. That would be Democrat Woodrow Wilson, who played every 2.4 days, an average that would no doubt be higher had he not been incapacitated by a stroke in October of 1919 (his second term ended in 1921).

Mr. Trump has something in play besides his love of golf. Every time he visits a Trump property — where most of his golfing takes place — his security detail goes along. The cost of all those rooms and meals is income directly from the U.S. Treasury to The Trump Organization.

The President shall, at stated Times, receive for his Services, a Compensation, which shall neither be encreased nor diminished during the Period for which he shall have been elected, and he shall not receive within that Period any other Emolument from the United States, or any of them. Constitution, Art. 2, Sec. 1, Clause 7.

To my knowledge, neither Wilson, nor Eisenhower, nor Obama was in the golf business while president. Or, for that matter, ever. Trump owns sixteen golf courses, of which four are outside the U.S.: Two in Scotland, one in Ireland and one in the United Arab Emirates. He has three more under construction, two in Indonesia and another in the UAE.

This brings up the periodic peregrination of a U.S. Air Force cargo plane from Joint Base Elmendorf-Richardson in Alaska to Kuwait. What in the world could that aircraft be carrying that must be repeated? When I was in the USAF, there was a unit of USAF Security Service at what was then Elmendorf AFB. I expect there were also listening stations aimed at the Soviet Union in addition to the one for which I volunteered, that could only be reached by snowmobile or dogsled. (I put in that volunteer statement at the same time as one for Vietnam. I drew Vietnam orders in 1966 for duty in 1967. I can’t imagine why.)

I’m saying the mission may be classified. Vladimir Putin has been on a crusade to Make Russia Great Again and that’s enough to motivate the U.S. to turn the Big Ears back on. I don’t know if that’s the case and I can see that MRGA in Cyrillic letters would look funny on a gimme hat, so file these remarks under rank speculation.

Whatever the mission, it has in the past involved an overnight stop in Europe to rest the crew and refuel at Ramstein Air Base in Germany or Naval Station Rota in Spain. Several air bases are available to the USAF if there was a new and necessary stop in the U.K. It matters because the difference in fuel costs between civilian and military pumps is enough to piss off the U.S. civilians whose taxes foot the bill.

The expensive fuel is purchased at Glasgow Prestwick Airport, a venue long on the verge of going broke. The Scottish government bought Prestwick in 2013 for one pound, a transaction entered with an eye to keeping the airport solvent.

Prestwick has proved to be a money pit, and the government signaled its intention to give up the project this summer. It will be put on the market, but if there are no takers it will be shut down. Glasgow Prestwick shutting down would be very bad news for The Trump Organization because Trump Turnberry is only 30 miles away.

Trump Turnberry is the site of a seaside golf course as beautiful as it is challenging, but the resort will not be kept right side up with only Scottish customers. Hence, the need for a convenient airport. According to Politico, Turnberry lost $4.5 million in 2017. In 2018, Turnberry revenues made up well over half of that deficit.

On the left side of UK media, The Guardian ran an original report in February of 2018 on Glasgow Prestwick and the efforts to keep it open with public funds. The gist of the report was critical of Scottish politicians who were claimed to be simultaneously critical of U.S. military adventures and trying to hustle U.S. military business for Prestwick.

The Guardian’s documentation of Scottish hypocrisy a year and a half ago renders it entirely possible that those efforts bore fruit and there is at least one reason besides The Trump Organization’s needs that explains the USAF’s apparent profligacy.

As is often the case with Trump stories, it’s unclear how the original source, Politico, got on the scent, but at least one USAF crew member had communicated a completely non-classified fact to a friend that the crew was staying in a place where their per diem was insufficient to buy meals. That place was Trump Turnberry. According to The Guardian, Turnberry was prepared to allow American GIs to play golf for free.

It’s been over 50 years since I was an airman, but my recollection is that we were unlikely to be allowed to pause for a game of golf in the middle of a mission. But I don’t play golf, so what do I know?

I know I’m still a taxpayer and I’m not crazy about the USAF overpaying for jet fuel whether because some officers got wined and dined by Scottish pols or because the Commander in Chief ordered underlings to line his pockets.

Golf was born in Scotland and that is still a matter of pride. Turnberry, before it got the Trump brand, had hosted more than a dozen major tournaments. How in the world could Trump Turnberry lose money?

The same way, I suppose, Donald Trump could steer a casino into bankruptcy. Did I say a casino?

They say gambling odds always favor the house, so if Trump casinos could need that many Chapter 11 baths, something about the management must be really special.

In Turnberry, Trump acquired a golf resort popular since it was built in 1906, bordering the beautiful Firth of Clyde in the very land of golf, and redesigned after WWII.

The only way to mess that up would be to replace the Godiva chocolate on guests’ pillows with a deep fried haggis on a stick. You go look. I’m afraid.

What about the domestic emoluments clause? Is there any chance Trump will be prosecuted?

The chief law enforcement officer in the U.S. is Attorney General William Barr. He has signed a contract to host a “family holiday party” at the Trump International Hotel at a cost of $30,000.

One of Trump’s major critics, George Conway, tweeted that it’s “absurd” to think Trump would be influenced by such a paltry sum. Maybe so. But would Barr be influenced by the hypocrisy of doing something and then claiming it’s against the law?

Maybe Barr should rent a room at Turnberry and think about the optics of that party.