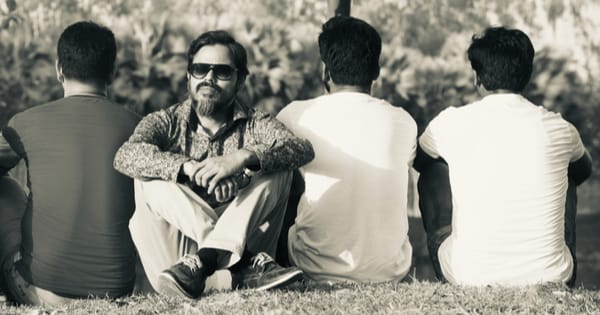 High Functioning Autism isn’t something that you can just diagnose at the drop of a hat, and it’s even more invisible and challenging than you would expect. Most of us have absolutely no clue we are on the scale; we just plod through our lives thinking there is something wrong with the world that doesn’t quite add up. Those of us who didn’t have the most stable of upbringings internalize that uneasiness and blame ourselves for the weirdness that we experience.

In reality, it’s more so an amazing uniqueness, and I’m now trying to put that into words.

The problem I’ve always had with people is that I’ve never quite understood why they do the things that they do. That is until I got involved in Mental Health and went through an intense progression route of self-reflection, addiction recovery, career development, and leadership training.

I have a good idea of the uniqueness of humanity now, but I’ll admit that I don’t know everything. You see, for at least the first thirty-two years of my life I was muddling through, not really knowing why I couldn’t make the connections other people could. I would watch in awe as my friends would move in and out of people with eerie confidence that I wished I had. Other people were strange.

They were strange because they existed in a reality that wasn’t quite mine. I couldn’t understand why someone could value something completely different to me, nor could I understand why other people would sit there and viciously defend their behavior. I had a strong sense of what was fair and right, yet it seemed that I live in a world where very few others valued this strict code of conduct as I did. I just didn’t get them. But it wasn’t only that.

I was talking to a friend a few months back (whom I also suspect is on the spectrum) who described to me an invisible force that makes communication weird. I’ve felt that before — the uncomfortable feeling when trying to communicate with another person but not quite knowing what to say or do, and I just know I’m going to mess it up again. I STILL want people to like me, yet I worry if I’m going to come across as a weirdo. I still have this with some people. I feel I’ve got my communication skills down to a fine art, but there will probably always be some people out there that I can’t read very well, and I don’t know what the hell they are trying to tell me. It’s an odd situation, but one that I’m learning from.

Truth be told I’ve always felt slightly weird around people. Mainly because I have no idea how they will be or how they will react to me. It was the not knowing that was the scariest — I’ve always liked to know what was ahead of me. If I could tell the future then that would be just damn great. I’ve been known to plan my time several days in advance and then get extremely frustrated when even the slightest instance of my planned day went out the window. Knowing what I’m doing and what I was up to was paramount. I was never a person that regularly welcomed change.

I also feel the same around groups I have little experience of being with; teens for example. My son isn’t a teenager yet, and being a teenager was one of the worst experiences of my life. So dealing with that age group crumples me. It was the same with children until I had my own — I expect this will be the same as I move through the age groups with Alex.

But it’s not only that, it’s the insane ideas that form in my head and that I just have to — to the detriment to everyone around me, follow them through. My wife and I have frequently been at loggerheads with one another about the ideas I have and the burning sensation in my mind to get them done. It’s like a fiery rage of frustration when I can’t complete them. She’s had to cut me in my tracks at times or I would probably end up self-destructing. But a relationship is give and take. What she complements me with, I equally complement her style with. It does take a strong-willed woman to handle my obsessions, but it takes strength in character in me to know when I’m defeated, or more importantly that she’s right.

Stimming was a real problem for me in school and in later life. My favorite way to stim was to randomly repeat a phrase that I had heard from someone in the accent that they used. Typically it was something I watched on TV or heard on the Radio.

But randomly shouting it out I learned quite early on wasn’t acceptable, and sometimes not tolerated. I remember getting in trouble at school, and a guy nearly bashing my head in because I liked the way he sounded. It’s more tolerated today, but I’m always checking myself when I do it.

And mostly all of this is because I appear as neurotypical. Apart from a bit of weirdness here and there, which by and large was accepted in my friend circles when I was younger, I tend to have to fit into a neat little box. Society tells me that I need to be, feel and act one way, but I feel entirely differently.

I think the crossroads in every High Functioning Autistic is where he tells society to get bent, or tries to shape his mold to fit into society. I tried to fit into society, and it led me down a deep path of not accepting myself and behaviors that were harmful. I think it was all dependent on the influences we had growing up; were they positive, or negative?

You’re probably wondering right about now why I can articulate this to you so finely, and yet I class myself as a person with High Functioning Autism?

Obsessively watching people, their interactions, social dynamics within groups, and their interactions with me, and how I (and others) impact the wider groups we are in. I’ve read books, trained hard, worked within an environment that promotes self-development and leading by example. I’ve had all of this hard-coded onto my noggin over at least 15 years of personal development and recovery. It’s not something that has come easy. I had to work hard to get this knowledge, whereas I suspect some people may just grow into it. So it can be done. But we have to work that little bit harder.

Facebook185Tweet1PinEmail1Shares187
wpDiscuz
Share this ArticleLike this article? Email it to a friend!
Email sent!