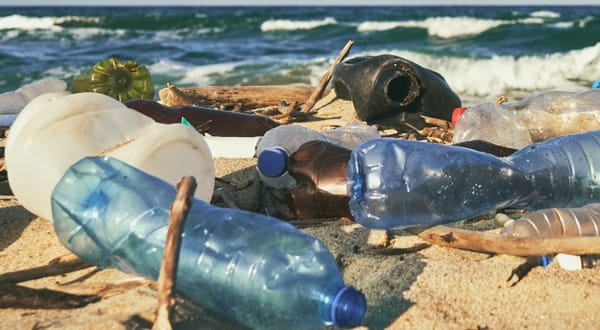 —
The war against plastic, particularly against single-use plastic, is intensifying: a report by Global | WebIndex states that a documentary series presented by David Attenborough and aired on Netflix, ” Blue Planet II “, has managed to be responsible for a drop of 53% in the consumption of single-use plastics in some markets, an effect obviously difficult to attribute, but that allows to get an idea of ​​the progressive awareness of society in this area.

The commitment continues to grow: the European Union has banned single-use plastics from 2021, consumer companies such as Nestlé have committed to remove them from their packaging in 2025, while others advance initiatives of various types for the use of reusable packaging. Cruise companies such as MSC or airlines such as Portuguese Hi Fly eliminate them completely, while science tries to propose alternatives in the form of natural and biodegradable materials that can replace them.

We are starting an authentic recycling revolution, but there is still a lot to do in terms of awareness. Younger generations seem to be much more aware than their parents and grandparents about the problem and are willing to be less price sensitive when we talk about sustainability, but the challenge is not simple, and plastic is definitely the enemy to beat: It calculates that only 9% of plastics are recycled, 12% are incinerated, and all the rest is deposited in landfills or anywhere. Last year, China, which had developed a huge worldwide industry in the recycling of waste from half the world, announced that it stopped accepting garbage from other countries., and caused with that closure that a large number of companies that sent their waste there, especially plastics and paper, were left without alternatives and began to recycle even less, to increase the percentage that incinerate or deposit them in landfills.

The drastic measures prove to work: the prohibition of the plastic bags or the obligation to collect them in all the establishments, that many initially criticized, has caused that category of product leaves the first place of the environmental threat ranking and is replaced by the bottles of drinks, followed by food wrappers and cigarette butts. It is, fundamentally, a matter of habits: getting used to carrying reusable bags in the trunk of the car or when we go shopping, and pressure manufacturers to opt for sustainable packaging alternatives. For brands, an opportunity for differentiation and demonstration of corporate social responsibility.

The arrival of plastic in the second half of the nineteenth century and its explosion after the first world war enabled the manufacture of many objects of daily use and became a very important industry. But now we need to eliminate it, starting with single-use plastics, but ending up turning it into a practically circular economy, in which the vast majority of the plastic used is recycled. This will entail a great change in habits and a strong evolution in the preferences of consumers in all senses, from the packaging of the products they choose to the fashion they use. Brands that are not studying and contemplating this trend, it would be better to start worrying about it.

This post was previously published on www.enriquedans.com and is republished here with permission from the author.
—
Photo credit: Shutterstock