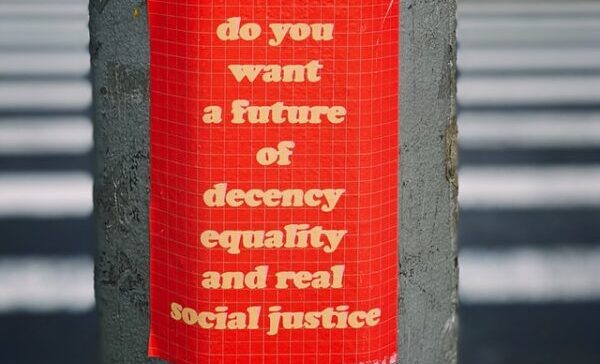 Our problem is that we don’t believe it, or don’t want to believe it. It’s too incredible. We know it intellectually. We can see it and feel it. Every time DT’s face appears on the tv screen or we hear his voice we have a stress response. We feel our stomachs fall to the floor or we shout out curses involuntarily.

Or we hear numbers of new COVID-19 deaths or of states experiencing spikes of illness or disenfranchising voters or of the incredible concentration of wealth in the hands of the .1%. Or we hear the name of a brown or black person murdered by police and we get angry. We demonstrate. We make phone calls. Or we wonder⎼ what can we do?

Or we hear about a plot by white militias to kidnap, maybe murder, Gretchen Whitmer, a sitting Democratic Governor, attack police and incite a civil war. And what we don’t hear from the President and his party is outrage. Instead, DT tweets attacks on the threatened Governor. He supports the terrorists. Even though one of the terrorists called him a tyrant, it was DT who augmented and manipulated the extreme division in this country that helped incite their actions. And we wonder⎼ how can this be? It is too incredible. We have moved to a state called shock.

Democracy is a government of, by, and for the people, and must be about maintaining a quality of relationship amongst all its members. We must recognize the need for a diversity of viewpoints and the rights of others, and all can, must take part.

But politics, like any competition, can become, like Mao Zedong said, war without bloodshed. Right now, one group is trying to divide the nation into two exclusive and conflicting sides. One group is trying to remove the restraints on violence, not only to frighten both sides but to stroke the flames of frustration, fear, and enmity into murdering democracy itself. They are trying to set the constitution in flames. They are not trying to win an election but to eliminate them.

They are trying to make us feel that ‘order’, and the ‘rule of law’ are impossible, mere dreams, and the words are meaningless sounds, by calling themselves the law and order party or their leader, the “law and order President”.  They are the enemies of the rule of law. For them, ‘order’ or ‘rule of law’ is twisted to mean rule by one side, one person, only. That is the only way to have peace. All opposition must be terminated, all diversity of viewpoint must cease. Only one person, and those who feed him, matters.

We must face the fact that maybe our so-called leader is so out of control, so at war with himself or so consumed with himself, that he will set us all aflame with his delusions. Or maybe he is a pawn of Putin, an agent of a foreign power engaged in destroying us. Or possibly both.

But no matter what, we must oppose him and what he stands for every way we can. We must give life, breath to the government of, by, and for the people by being those people⎼ by voting and doing what we can to take power from DT and those who would even incite civil war to feed their greed.

In a now-infamous quote, in 2016 DT claimed he could “stand in the middle of Fifth Avenue [in New York City] and shoot somebody” and not “lose any voters.” He was that confident in the support of his base, and crass and uncaring enough to brag about it. Well, he now is responsible for thousands of deaths⎼ through his malignant refusal to listen to scientists, to care about others, and to act responsibly to fight the pandemic⎼ and might be responsible for millions more by attempting the assassination of democracy itself. This is our moment. I hope we the American people will use it to sweep him from office and hold him responsible.

Photo by Jon Tyson on Unsplash