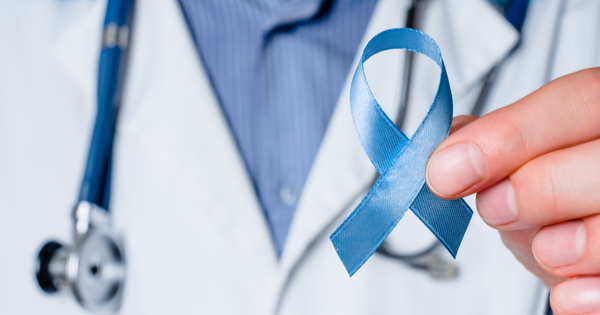 Today, Breast Cancer Awareness Month begins. Millions of women will take to the streets and the airwaves to share their stories. With pink ribbons affixed, tattooed and emblazoned, they’ll give voice to the memory of those lost and lift up the survivor.

And it won’t just be women marching down Fifth Avenue or racing for a cure in cities around the world. Husbands, sons and brothers will don the pink, give their time, raise money and hold their loved ones’ hands in a collective “rage against the dying of the light.”

I am one of those men. My mother has metastatic breast cancer. My stepmother has had breast cancer twice. My high-school best friend who is more sister than friend had a radical mastectomy in her ‘40s. My other friend has had fought breast and ovarian cancer for decades. I am sad to say I know more statistics about Tamoxifen, IBRANCE, neuropathy and stereotactic radiation than I know about NBA stats.

But here is one stat most men and women with their pink ribbons don’t know… while an estimated 286,600 new cases of invasive breast cancer will be in diagnosed for U.S. women in 2019, during the same period, 174,650 U.S. men will be diagnosed with prostate cancer. One in eight women will be diagnosed with breast cancer over their lifetimes while one in nine men will receive a prostate cancer diagnosis. In 2019 alone, over 41,00 U.S. women and 31,00 U.S. men will die.

But for men with prostate cancer and for those who have survived, there often are limited corporate outreach programs or major ad campaigns. No ribbons to wear on our chests … or down below. We will march, run and race, but not for ourselves.

I am a prostate cancer survivor. I was diagnosed six years ago, at the age of 52 after a totally unplanned PSA test showed a score well above normal ranges. After another PSA, I was sent to a urologist for a biopsy. While I would never attempt to compare my experience my wife’s stirrups-and-speculum gynecological exams, it was painful, humiliating and bloody. Less than two weeks later, without even a curt hello or the shutting of the office door, it was announced I had a Gleason score of seven. I had prostate cancer.

It has been suggested to me (with research indicating a positive correlation) that the same genetic blueprint that resulted in my mother’s breast cancer may have manifest as prostate cancer in me. BRCA1 and BRCA2 mutations are often high for people of Eastern European Ashkenazi heritages. So along with potential heart disease and a high propensity to enjoy chopped liver made with chicken fat, prostate cancer likely was my fate.

But as I soon found out after receiving my diagnosis, a thirst for knowledge and kinship was limited, at best. No Susan G. Komen or Avon Foundation for Women to turn to or click on. A weekend soccer tournament turned up no t-shirts promoting a cure for what ailed me. To be blunt, there were no pink balls for my balls.  “Pink out” left me out of the game.

While there were noted figures such as Joe Torre and General Norman Schwarzkopf who openly talked about their cancer, it wasn’t until two years after I put my “blue balls” on the proverbial digital table that I found someone in his ‘50s like me, Ben Stiller, telling his story. And it is only in writing this story that I found out about Movember. For the past six years, I have felt lost in a wilderness where if you fell, no one would hear you.

I know there are men like me who have received the news but know little beyond the diagnosis. In the past month alone, two close friends have confided in me that they have prostate cancer. Like me, these middle-aged men must now make difficult decisions about radical prostatectomies vs. radiation, active surveillance vs. unconscious denial.

And what do I tell them? Do I go into details about incontinence that lasts for years or that Cialis will cost them as much as their kid’s summer camp? Am I honest about the fact I lament not producing sperm or that you must calendar urinal time? Breast cancer survivors share their stories from podcasts to prime time. Prostate cancer survivors – millions of them from Ivory Coast to coastal California – often ponder penial purgatory in silence.

Olivia Newton-John says, “Men need to be aware of the health of their bodies, as well – prostate cancer and breast cancer are almost on the same level. It’s fascinating to me that the correlation between the two is almost the same – people don’t talk about it so much, but they are almost equal in numbers.” With prostate cancer being the second leading cause of death after lung cancer, and the most common form of cancer for men after skin cancer, maybe it is time for men to stop the covert chatter and start real conversations about the facts and fiction regarding prostate cancer. Maybe instead of a ribbon, we can start with sharing the fabric of our collective experiences. Over a beer, on the field or in the virtual world we inhabit.

This October, when you physically, politically and personally stand up and for the women in your life, and all the women who have died, survived and have yet to be diagnosed with breast cancer, stand up for yourself. Stand up for the 31,000+ men that will die this year from prostate cancer or the nearly 175,000 who have or will be diagnosed this year.

And when November comes, do more than forget to shave. Take the first step in our march to finding a cure.

Brian Rutter is a suburban work-at-home dad and husband who provides strategic and creative marketing services to companies around the world. His blog offers a unique perspective on living and surviving in the trenches of the American suburbs. You can find him at www.theburbman.com. 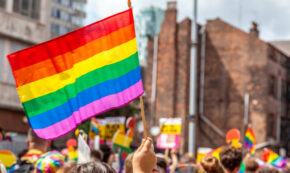