Get Daily Email
Join/Login CLOSE
Home / Featured Content / Tired of All the Fighting? 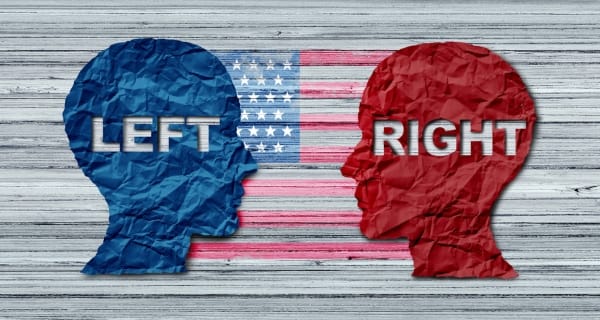 —
The 2020 U.S. presidential campaign is upon us, coming at a time when researchers and pundits deem the country polarized.

There’s a lot of shouting on both sides of the political aisle and on television media panel discussions. While debate is healthy in a democracy, citizens and social observers worry that the political atmosphere has become so toxic that too many people with different party loyalties view each other as enemies.

That’s the way the political powers want it, says Gary Collins, author of The Simple Life Guide To Decluttering Your Life (www.thesimplelifenow.com).

“It’s called political tribalism, picking one of the two main political parties and identifying only with that side’s beliefs, thus making anyone belonging to the other side the enemy,” Collins says. “Shutting yourself off from others’ opinions can manifest itself into an idealistic form of hate.

“Keeping us pitted against each other means the politicians are winning and we’re losing. When it comes to political affiliations and the strong beliefs that arise from them, I’ve seen many families torn apart, marriages ended, and friendships destroyed.”

Collins has some ideas on how to detox from the super-charged political atmosphere and stay engaged with a more balanced approach:

Don’t affiliate yourself with one political party. “Politicians are smart and devious when it comes to remaining in power,” Collins says. “By separating us and pitting us against each other, they have greater influence upon us while narrowing our possibilities as a country, which often stem from reasonable discussion over varying viewpoints. What we should do is take all political parties’ beliefs into account and vote for the best candidate, regardless of affiliation.”
Don’t depend on the big networks for news. Collins thinks a conflict of interest exists in some large media organizations, which he believes leads to slanted news coverage. “The biggest news networks in this country are owned by massive corporations that are politically skewed and donate large sums of money to their preferred side’s political campaigns,” Collins says. “Today’s news media is in bed with the politicians, so you’re basically being given only the information they want you to have. The answer: get your news in small doses, 10 minutes or less a day, and from multiple sources.”
Don’t get your news from social media sources. Collins says fake news is rampant on Facebook and cites statistics showing over 60 percent of U.S. adults get their news from social media. “It’s been proven you can’t believe much of what you see on your news feed,” he says. “And every head of a social media company has a political slant that runs right into their social media platform, big-time. That’s bad for America, period.”
Change the things you can — now. Collins says people should turn down the noise of national media and polarizing political talk and, instead of being frustrated, take action in causes they believe in. ”By keeping us divided, politicians and media also give us the illusion and belief that we’re powerless,” Collins says. “But this couldn’t be further from the truth. We need to reconnect and realize we’re free. Instead of beating your head against the wall and getting all wound up by social media, talk radio, and the news, ignore them and go do something about the things you deeply care about.”

“We have to learn anew how to communicate with each other,” Collins says. “And we have to learn how to understand and listen to others’ points of view.”

—
A version of this post was previously published on The Simple Life Now and is republished here with permission from the author.

Gary Collins is the author of The Simple Life Guide To Decluttering Your Life (www.thesimplelifenow.com). He has a varied background, having worked in military intelligence, served as a Special Agent for the U.S. State Department Diplomatic Security Service, worked for the U.S. Department of Health and Human Services, and also worked for the U.S. Food and Drug Administration. In addition to being a best-selling author, Collins has taught at the college level, consulted and trained college-level athletes, and been interviewed for his expertise on various subjects by CBS Sports, Coast to Coast AM, The RT Network, and FOX News, among others.