Get Daily Email
Join/Login CLOSE
Home / Featured Content / So You Think You Want To Date A Single Mom?

Hera McLeod persevered through tragedy to become a proud single mother. She now offers five pieces of advice to any good man looking to start a relationship with a single mother.

Growing up, I thought I had a plan. I would meet the man of my dreams, get married, have children, and then live happily ever after. Unfortunately, life had a different plan for me. Three years ago, I was thrown into single motherhood. All of a sudden I became that Mama with a whole lot of drama.

After finding out my ex-fiancé had lied about his identity and hidden his colorful criminal history, I fought in Family Court to keep my son Prince safe. Sadly, when my son was only 15 months old, his father murdered him in an attempt to collect over $580,000 in life insurance.

After what I have been through, you might think that I would be the type of man-hating woman who assumed all men were as evil as the one I ran into. This couldn’t be further from the truth. My experience with the worst type of man has not only made me seriously take a look at my standards, but it has also made me appreciate good men even more. If I can still appreciate a good man, I imagine just about any woman can, if she chooses to keep living after a traumatic experience.

Given that I am from a conservative family of people who remain married, I was never given any sort of playbook on how to date after having a child. Luckily, through my own experiences and some help from other single mothers I know, I have been able to compile a list of things a good man should know before attempting to date a single mother.

If you are a guy who has met an amazing single mother (there are many of us out there) who you think you want to date, I would like to offer you some information so that you can be aware of what you are getting into and start off like a winner.

1. Bring your A game: While you should always consider bringing your A game when you go out on a date with someone you are interested in, it is especially important when you are dating a single mother. We don’t have time for games or flakiness. You don’t want her to be thinking, “Damn…I would rather be hanging out with my kid than sitting here across from this guy.” Instead, you want her to be thinking, “Wow, this is so refreshing. I haven’t had good adult conversation in a while. It is so nice to be out on a nice thoughtful date with a nice guy.”

2. Don’t assume we are desperate, looking for a father for our kid, or “easy”: Just because we have a child, and don’t happen to be married to the father of this child, does not mean we are willing to jump into bed with you after the first date. A quick way to end any progress you have made with a single mother is to assume that she is “fast.”

One of the first dates I went on after my son was born turned into a nightmare when I realized my date assumed I was a slut. As he walked me back to my car, I was excited about how well the date had gone and was even looking forward to the next one. I literally felt the butterflies die in my stomach, however, when he turned to me and point blank asked me, “So, are you fast?”

At first I was so shocked that I assumed he was joking. When he responded to my quizzical look with, “You know… like can we go to a hotel room right now and get it on?” The date soon turned into an epic failure. We all know where babies come from, but we shouldn’t have to explain to you that just because we have one doesn’t mean we can’t keep our legs closed.

3. Meeting the child: If you don’t have children yourself, you might think it would be common to meet the woman’s child soon after you start dating. Even if the woman really likes you, and wants to continue to date you, this doesn’t mean that you will be getting an invitation to meet her kid in the near future. Don’t take it as an insult if the invite doesn’t come as soon as you would like. You are dating her, and not her child. Her child is important to her. As her questions about the child, let her talk about him/her, but let the introduction take place when she is comfortable.

A single mother already has a kid, and more than likely she isn’t looking to add an adult child to the family. If you are looking for a mom to baby you, you should look elsewhere. Most single moms are looking for an adult partner. Don’t assume that, just because we are mothers, this means we want to be your mother.

5. Friendship is a foundation—not a zone: For those of us who have been hurt, it is safer get to know a man as a friend first. If you sense that she is just not ready for a relationship, but you are still interested, just be a good friend. Don’t get hung up thinking that this will place you in the friend zone forever. If she likes you, this phase will not last forever. Hang in there, and show her that you are one of the good ones.

The same man who assumed that I was “fast” on that first date also told me that he worried that men were becoming obsolete. He said, “Now that women make their own money, and can even have babies on their own—what the hell do you all need us for?” I responded by telling him that he was right. Women don’t need men the way that we did in the 1950s. I can’t speak for all single mothers when I say this, but I know I can speak for many—We don’t need a man for his money or child support. Many of us are financially, emotionally, and spiritually healthy on our own. We do, however, want a good man.

I am now a single mother to a beautiful five-month-old daughter. While I chose to have her on my own, I remain open the possibility of meeting the type of man I would one day feel confident introducing her to. This man will be someone who can treat me like his queen, and be confident enough to still feel like a king—even though we no longer live in the 1950s.

Hera McLeod, a mother who lost her son tragically when he was murdered by her ex-fiance, writes about Family Court, the protection of children, and overcoming tragedy on her Cappuccino Queen blog and Facebook page. After surviving a relationship with a psychopath, McLeod is grateful for The Good Men Project because she believes in the importance of celebrating the good ones.

I appreciate you speaking your mind in this article. Single mom’s are mothers AND we are women! Bravo to you, Hera, for choosing to live life on your terms! As a single mother, educator, and entrepreneur, I am doing the same.

First, I want to say what a terrific piece you have written. All words of wisdom. I have been dating a single mom now for over two years. I have no issue(s) with that at all. I have a teenage son and was previously married. Hence, I am not looking for anyone to do my wash, prepare my dinner, etc….I desire a woman for companionship, friendship, and sex. Loyalty, honesty and trust are paramount with me. It is always best to be friends first. This is why I have always had zero interest in casual sex. I must know a… Read more »

“Friendship is a foundation—not a zone:”. Word. Exactly. In fact, I’d much prefer working on getting a friendship going that “dating”. Doing things together as friends, enjoying being in good company, etc. It may or may not evolve into something else, but while I’m open to that possibility, I mostly do not have that as objective. 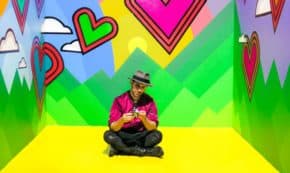 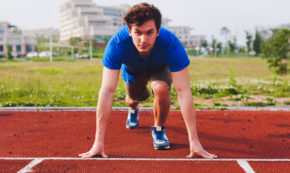 Facebook581TweetPin2EmailShares583
wpDiscuz
3
0
Would love your thoughts, please comment.x
()
x
| Reply
Share this ArticleLike this article? Email it to a friend!
Email sent!