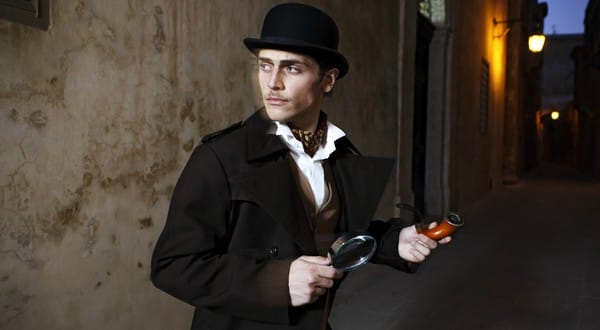 If we’re the kind of people who care both about not being racist, and also about basing our beliefs on the evidence that we have, then the world presents us with a challenge. The world is pretty racist. It shouldn’t be surprising then that sometimes it seems as if the evidence is stacked in favour of some racist belief. For example, it’s racist to assume that someone’s a staff member on the basis of his skin colour. But what if it’s the case that, because of historical patterns of discrimination, the members of staff with whom you interact are predominantly of one race? When the late John Hope Franklin, professor of history at Duke University in North Carolina, hosted a dinner party at his private club in Washington, DC in 1995, he was mistaken as a member of staff. Did the woman who did so do something wrong? Yes. It was indeed racist of her, even though Franklin was, since 1962, that club’s first black member.

To begin with, we don’t relate to people in the same way that we relate to objects. Human beings are different in an important way. In the world, there are things – tables, chairs, desks and other objects that aren’t furniture – and we try our best to understand how this world works. We ask why plants grow when watered, why dogs give birth to dogs and never to cats, and so on. But when it comes to people, ‘we have a different way of going on, though it is hard to capture just what that is’, as Rae Langton, now professor of philosophy at the University of Cambridge, put it so nicely in 1991.

Once you accept this general intuition, you might begin to wonder how can we capture that different way in which we ought to relate to others. To do this, first we must recognise that, as Langton goes on to write, ‘we don’t simply observe people as we might observe planets, we don’t simply treat them as things to be sought out when they can be of use to us, and avoid when they are a nuisance. We are, as [the British philosopher P F] Strawson says, involved.’

This way of being involved has been played out in many different ways, but here’s the basic thought: being involved is thinking that others’ attitudes and intentions towards us are important in a special way, and that our treatment of others should reflect that importance. We are, each of us, in virtue of being social beings, vulnerable. We depend upon others for our self-esteem and self-respect.

For example, we each think of ourselves as having a variety of more or less stable characteristics, from marginal ones such as being born on a Friday to central ones such as being a philosopher or a spouse. The more central self-descriptions are important to our sense of self-worth, to our self-understanding, and they constitute our sense of identity. When these central self-descriptions are ignored by others in favour of expectations on the basis of our race, gender or sexual orientation, we’re wronged. Perhaps our self-worth shouldn’t be based on something so fragile, but not only are we all-too-human, these self-descriptions also allow us to understand who we are and where we stand in the world.

This thought is echoed in the American sociologist and civil rights activist W E B DuBois’s concept of double consciousness. In The Souls of Black Folk (1903), DuBois notes a common feeling: ‘this sense of always looking at one’s self through the eyes of others, of measuring one’s soul by the tape of a world that looks on in amused contempt and pity’.

When you believe that John Hope Franklin must be a staff member rather than a club member, you’ve made predictions of him and observed him in the same way that one might observe the planets. Our private thoughts can wrong other people. When someone forms beliefs about you in this predictive way, they fail to see you, they fail to interact with you as a person. This is not only upsetting. It is a moral failing.

The English philosopher W K Clifford argued in 1877 that we were morally criticisable if our beliefs weren’t formed in the right way. He warned that we have a duty to humanity to never believe on the basis of insufficient evidence because to do so would be to put society at risk. As we look at the world around us and the epistemic crisis in which we find ourselves, we see what happens when Clifford’s imperative is ignored. And if we combine Clifford’s warning with DuBois’s and Langton’s observations, it becomes clear that, for our belief-forming practices, the stakes aren’t just high because we depend on one another for knowledge – the stakes are also high because we depend on one another for respect and dignity.

Consider how upset Arthur Conan Doyle’s characters get with Sherlock Holmes for the beliefs this fictional detective forms about them. Without fail, the people whom Holmes encounters find the way he forms beliefs about others to be insulting. Sometimes it’s because it is a negative belief. Often, however, the belief is mundane: eg, what they ate on the train or which shoe they put on first in the morning. There’s something improper about the way that Holmes relates to other human beings. Holmes’s failure to relate is not just a matter of his actions or his words (though sometimes it is also that), but what really rubs us up the wrong way is that Holmes observes us all as objects to be studied, predicted and managed. He doesn’t relate to us as human beings.

Maybe in an ideal world, what goes on inside our heads wouldn’t matter. But just as the personal is the political, our private thoughts aren’t really only our own. If a man believes of every woman he meets: ‘She’s someone I can sleep with,’ it’s no excuse that he never acts on the belief or reveals the belief to others. He has objectified her and failed to relate to her as a human being, and he has done so in a world in which women are routinely objectified and made to feel less-than.

This kind of indifference to the effect one has on others is morally criticisable. It has always struck me as odd that everyone grants that our actions and words are apt for moral critique, but once we enter the realm of thought we’re off the hook. Our beliefs about others matter. We care what others think of us.

When we mistake a person of colour for a staff member, that challenges this person’s central self-descriptions, the descriptions from which he draws his sense of self-worth. This is not to say that there is anything wrong with being a staff member, but if your reason for thinking that someone is staff is tied not only to something he has no control over (his skin colour) but also to a history of oppression (being denied access to more prestigious forms of employment), then that should give you pause.

The facts might not be racist, but the facts that we often rely on can be the result of racism, including racist institutions and policies. So when forming beliefs using evidence that is a result of racist history, we are accountable for failing to show more care and for believing so easily that someone is a staff member. Precisely what is owed can vary along a number of dimensions, but nonetheless we can recognise that some extra care with our beliefs is owed along these lines. We owe each other not only better actions and better words, but also better thoughts.

This post was previously published on Aeon.com and is republished here under a Creative Commons license CC BY-ND 4.0.
—