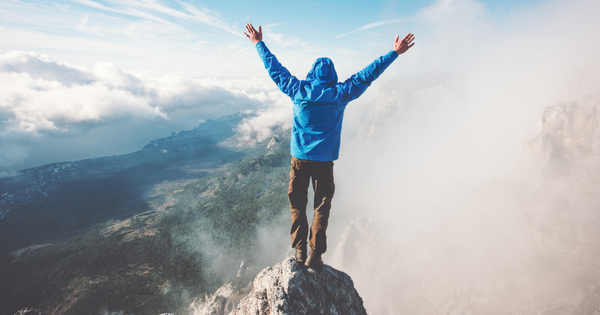 Personal power is a funny concept.

It’s something I’ve taken from the art of building up my self-confidence over the years.

It may sound strange, but sometimes we can give an idea, a situation, a confrontation, or even other people too much of our own power. Think of it in the sense that a friend or neighbor has done something that you didn’t like, and now you’re in bed, angry about it, mulling it over a thousand times in your head — when really all you want to do is get some damn sleep. It can be frustrating, yes.

You may have heard someone say to you that you’re spending too much time being angry over that instance when in the grand scheme of things, it isn’t really that important at all. But to you, it’s really damn important. It’s also easy for me to sit here and talk about it like it doesn’t matter. I’m not going to do that. These things, they’re important to you. Of course they are.

So, let’s start with this:

People often tell me that I’m too trusting with others, but I disagree.

I have a two strikes method. Fool me once, shame on you, fool me twice, shame on me. I like to give people the benefit of the doubt at first — I’m willing to give the most socially inept person a chance if they’re willing to put the effort in with me. In my environment,  there has to be some element of trust, else I would never get anything done.

Okay, so then if you mess up with me once, I do allow mistakes. Everyone flies off the wall, everyone has bad days; you know? I get it.

We’re all human, we’re absolutely prone to fuckups — and some? Royally. I’m no stranger to letting my behavior go down the toilet.

Mess up twice and I take all of my personal power back. Trust is gone. I’m very strict with the last one — else I can get walked all over quite quickly.

Did you see where I went with that? I don’t trust you anymore, so you are less likely to influence me or steer me in any direction. You wield no power with me and I’m not willing to give you any more of my own. It can hurt of course, but these things usually do.

Personal power is just like trust; in fact, it probably is trust. Trusting someone is giving them an in-roads to the deeper and intricate parts of your life, whereas if you don’t trust someone, then you don’t go near them. It’s easier to let people influence and guide you if you give them your trust and vice versa.

But how to detach? Why are you still angry at this person you once trusted? And why is it keeping you up all night?

Well, sometimes it’s very hard. I recently had a friend completely detach from me without even discussing it first and that hurt. I laid awake all night wondering what I had done, what were my actions that were so heinous that they just didn’t want me to be in their life anymore?

This is where acceptance helps. I’m a BIG proponent of radical acceptance. For me, I tend to accept the world as it is, and use the tools that I have at my disposal to overcome the obstacles that life throws in my way. Trying to change the way the world spins seems too much hard work.

I used to get upset for days, months, sometimes years at the way my Dad treated me. There was one time he tried to get me drunk and ship me off to the foreign legion — I look back and laugh at that now, but in the situation,  it wasn’t funny at all,

“Why can’t my Dad be like any other dad, loving and nurturing to their son?”

He had so much of my personal power and I didn’t even realize it.

Then something brilliant happened. I stopped trying to magically change him into this amazing father and just accepted him for who he was. My dad; the only dad I’d ever had. He’d never change. If he can’t change for himself then he’s never going to change for me.

Then as soon as I had accepted him as he was, he had no more power over me. I was ready to take on his sh*t.

To detach from situations, you have to at first accept the situation that you’re in.

Then, and only then, can you move mountains!!

So, to recap. Your personal power is yours to give and take back. And you have to first accept the world for what it is before you can change it!