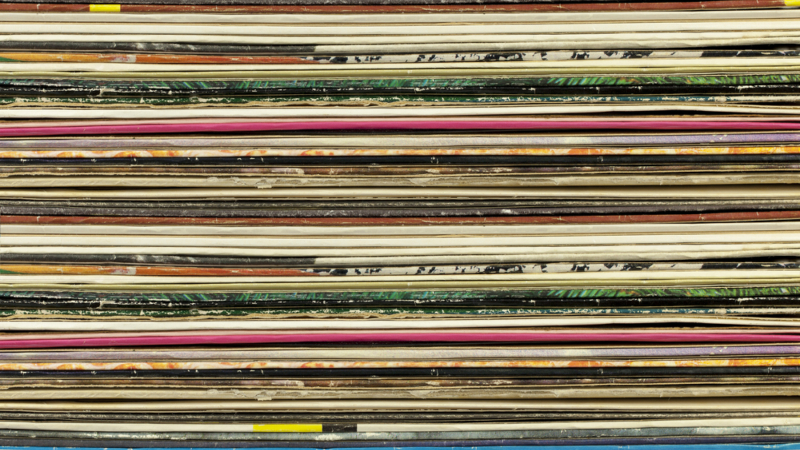 Ask Marty. You know, Martin Scorsese. He knows. There is simply no overestimating the importance of the Rolling Stones.

Formed in 1962 and performing ever since, this “hardest working band in show biz” has turned music on its ear for over half a century. An English band that puts out rock n’ roll and Chicago Blues with equal aplomb, this group also experimented with other genres including disco and gospel. Their output? 30 studio albums, 25 compilation albums, and 24 live. All deserve a hearing. But since time is limited, here are our top ten studio LPs picks. Let the debate begin.

The Stones’ first number one album on Billboard is what put them on the map. And while their R&B covers prove a signature element, the biggest hits are originals that find Mick Jagger and Keith Richards perfecting their “bad boy” struts with “The Last Time” and “Satisfaction.”

A comeback of sorts, this album has an infectious, deliberate messiness. Mostly a compilation of unreleased tunes from earlier studio sessions, Tattoo You delivers a raw freshness with a series of classics from its opening track, the mojo-building “Start Me Up,” on through the quirky “Little T & A” and the touching down-tempo “Waiting on a Friend.”

Thanks to reams of airplay for “Beast of Burden” and “Shattered,” this critical triumph also becomes a huge seller even as it nods to disco (“Miss You”) and never skirts away from acknowledging NYC in its darkest days. The band’s return to grit also happens to be encased in one of the most unusual examples of die-cut cover art of all time.

A relatively early entry, this is the first LP made entirely of Jagger/Richards compositions. (Co-founder Brian Jones relegated himself to playing dulcimer, marimbas and the koto thereby giving some extra flavor to the tracks). Still, Aftermath maintains that Chicago Blues feel, with an expansive album length of 50 minutes. Credit that to “Goin’ Home,” their first track to clock in at over 10 minutes.

The last album released during Brian Jones’ lifetime, this universally beloved album is a near-flawless display of what the Stones do best – defiant rock with a blues edge. Each LP side opens with a timeless tune: “Sympathy for the Devil” and “Street Fighting Man.” This one justly remains a much-discussed creative triumph.

A stunning artistic masterpiece that still had Brian Jones’ artistic fingerprint, Let It Bleed is a musical time stamp marking the unrest of the era. The wide offerings reference gospel (“You Can’t Always Get What You Want” and “Gimme Shelter”), country (“Let It Bleed,” “You Got the Silver”) and the blues (“Midnight Rambler”). These tracks are poetic tours de force that continue to thrill.

The Stones’ first album of the 1970s (and the first without any input from Jones) is nearly their most compelling. Jagger goes all out with his inimitable vocals on the eclectic tracks. “Brown Sugar,” “Wild Horses,” “Sister Morphine” (with writing credit to his good friend Marianne Faithfull”) and “Sway” (which displays the chops of new guitarist Mick Taylor). This one would’ve summed up their legacy except for…

Picture Keith Richards and a band of strung-out brilliant creative souls, cranking out this virtuoso double album in a rented villa in Nellcôte, France. Frankly more Keith than Mick in its flavor, this album has not only gained in stature over the years but is considered by many to be the ultimate Stones’ release. With tunes like “Happy,” “Rocks Off” and the transcendent “Tumbling Dice,” (among many others), this LP certainly ranks as one of the very finest rock albums of all time.