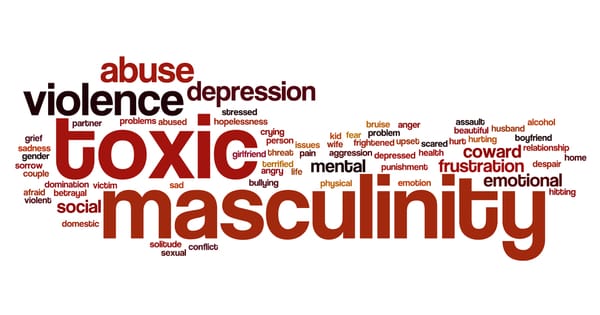 Toxic masculinity strikes again, this time in Provo, Utah, on the day of the 2019 Women’s March. Police were alerted when Christopher Cleary posted on his Facebook page:

All I wanted was a girlfriend. All I wanted was to be loved, yet no one cares about me I’m 27 years old and I’ve never had a girlfriend before and I’m still a virgin, this is why I’m planning on shooting up a public place soon and being the next mass shooter cause [sic] I’m ready to die and all the girls the [sic] turned me down is [sic] going to make it right by killing as many girls as I see.

Cleary was arrested on a charge of felony threat of terrorism. Although no official link has been made, it appears that Cleary identifies with incel, which is an online community of men who blame women for their lack of relationships. Cleary is already on probation for stalking and harassing a woman in Colorado.

This week also saw heated discussion on what to do about what appeared to be racist, sexist, and privileged behavior of high school boys. Several boys from Covington Catholic School in Kentucky had what appeared to be a confrontation with Native American elder Nathan Phillips at the March for Life in Washington, D.C., whilst wearing “Make America Great Again” hats. While the boys argue that Phillips was the aggressor, the smirk of one of the boys—caught on video—belies this claim. The situation ignited much passionate discussion. What also emerged, however, were reports that the same boys had sexually harassed a group of women at the same event. Details are still emerging, but as could be expected, President Trump weighed in, referring to the various videos and media discussions of the incident as smears.

Still not done. In the last two weeks, musicians R. Kelly and Chris Brown were both (again) embroiled in abuse scandals. Sony reportedly dropped R. Kelly after repeated allegations, detailed in a new documentary called Surviving R. Kelly. Brown, who was sentenced to five years of probation for beating his former girlfriend—fellow pop star Rihanna—was accused of sexual assault by a model in Paris and has been arrested by French police.

At the same time, the American Psychological Association (APA) issued new guidelines about the dangers of toxic masculinity. The guidelines emphasize that while men still dominate powerful positions in the U.S, they also suffer in unique ways. Life expectancy is shorter, and men are far more likely to be the victims of both homicide and suicide, among many other health measures. The basic focus of the guidelines is that “traditional” masculinity, or what sociologists have called hegemonic masculinity, which emphasizes stoicism, competitiveness, dominance and aggression, is bad for both men and women.

That these things keep happening so frequently is absolutely disgusting. Yet, perhaps the confluence of incidents and the ongoing debates might actually lead to something good. It is far past time for the U.S. to follow Finland, for instance, and begin teaching our children about gender norms and equality. For those of us who are educators, we absolutely must help both young men and women understand the devastating effects of toxic masculinity for EVERYONE.

Facebook16TweetPin11EmailShares27
wpDiscuz
0
0
Would love your thoughts, please comment.x
()
x
| Reply
Share this ArticleLike this article? Email it to a friend!
Email sent!