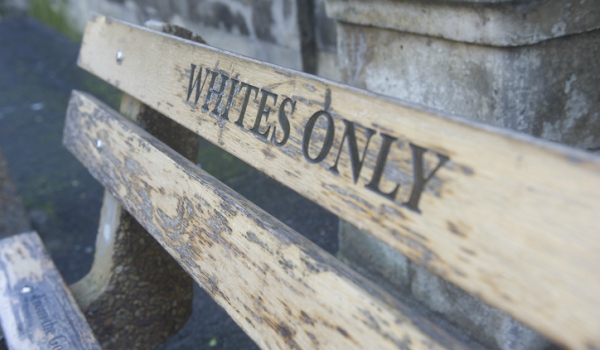 Editor’s note: This piece was written in November of 2018. The Good Men Project is republishing it here since the issue is still highly relevant today.

The recent insults hurled toward Black female journalists CNN’s Abby Philip, PBS Yamiche Alcindor and American Urban Radio’s April Ryan by President Trump are hardly new. Trump has routinely insulted Black women and Black people on a regular basis. In fact, I would argue that for many Black Americans, this latest act of blatant disrespect from Trump is par for the course. We have become pretty much become numb to such antics.

For those who need a reminder of the president’s tirades, in addition to Ms. Phillip, Ms. Alcindor and Ms. Ryan, the following is a list of Black Americans who have been on the receiving end of Trump’s name-calling: LeBron James, Bakari Sellers, John Lewis, Jemele Hill, Don Lemon, Frederica Wilson, LeVar Ball, Colin Kaepernick, Charles Blow, Stacey Abrams, Andrew Gillium, Corey Booker, President Obama, Michelle Obama, Loretta Lynch, Omarosa Maginault, the Congressional Black Caucus, the Central Park Five to name a few. There were others to be sure.

In the case of the Central Park Five, he falsely demonized them as rapists and has refused to apologize for his behavior. He made thinly veiled comments toward what he perceives to be Corey Booker’s sexuality. Maxine Waters is derided by Trump as “an extremely low IQ person.” Former Trump administration appointee and confidant Omarosa Maginault –Stallworth was referred to as a “dog.” Charles Blow was called a “dishonest reporter” by Trump. CNN host Don Lemon was tagged a “dumb” and so on. His insults toward the black people and the Black community, in general, is enough to raise your blood pressure to near stroke levels.

Like all groups of people of color, during the past two years of the Trump administration, Black Americans have been living in a neurotic state of apprehension, silent anger, intense rage, and deciphering, indeed, comprehending the reality of dealing with a commander-in-chief whose major objective has been to nullify every goal or piece of progressive legislation that his predecessor, the nation’s first Black President had implemented. It is a harrowing state of affairs, to put it mildly.

To be sure, as acerbic and sinister as he is, Trump is hardly the first White political figure to engage in racial banter. White politicians, in particular, southern White politicians have made racial politics a spectator sport since the dawn of the republic. Throughout history, particularly more recent history, particularly from the mid-1950s to the present, we witnessed numerous examples of how White politicians would employ dog whistles and code words like States rights, school choice, welfare queens, preferential treatment and other more subtle and nuanced terms in an effort to appeal to their racially hostile, often highly resentful, and economically and psychologically insecure White base of voters.

However, more recently, we have seen politicians like Trump and others of his brethern disregard and forgo the more subtle and sophisticated language that their mid-20th-century right wing segregationist counterparts indulged in and rather have reverted to the raw, naked, blatant racial rhetoric of the sort that was unabashedly and shamelessly used by White politicians at the turn of the 20th century up until the mid-1950s. Indeed, up unit the past few years, it is highly unlikely that any politicians running for public office, even the most far right ones, would have felt comfortable espousing terms such as “monkey this up.” Openly referring to Black celebrities, politicians, journalists, let alone a former president as “stupid” “losers” “wacky,” having low IQs, “unqualified,” “incompetent,” and other demeaning terms.

While such bigoted banter and comments would have occurred among such racists behind closed doors or in other “safe spaces”—social clubs, secret conferences, private parties—where such reactionary bigots would have likely congregated. It is highly improbable that such blatant racism would have been espoused publically. Such overtly racist rhetoric would have been the kiss of death for any political figure who dared to even whisper such rhetoric. However, to quote the line from legendary 1960s folk Singer Bob Dylan, “the times, they are a changin.” It appears that in many ways we are riding on a retrograde train backward.

At the moment, to be sure, many, if not all non-White groups, in addition to Black Americans, and non-Christians, including many Jewish Americans, are very likely to be are experiencing periods of self-reflection of their current status in America. After all, this is a president, who has been so careless with his rhetoric that he has emboldened xenophobes, racists, White supremacists, anti-Semites, misogynists, and others filled with hate. More than a few people are/ have been watching in both anger and disbelief as we see an administration that is virulently hostile to people of color and proudly says so without apology. From a racial standpoint, the state of the union is looking relatively grim at the moment. Although last Tuesday’s elections have provided some ray of hope.

That being said, It is imperative that those of us who seek a positive, progressive America makes every effort to fight such racial poison with every fiber of our being.

If you liked this essay, subscribe to updates about Dr. Elwood Watson and his work: https://bit.ly/ElwoodDavidWatsonBooks

Facebook46TweetPin1EmailShares47
wpDiscuz
0
0
Would love your thoughts, please comment.x
()
x
| Reply
Share this ArticleLike this article? Email it to a friend!
Email sent!