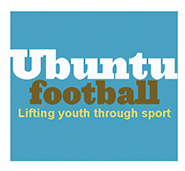 “It feels fun, and it feels like home. I just feel free,” he said as a huge smile spread across his face. An earlier edition of that statement forever changed Bongani’s life. In January of 2017, the beginning of the school year, he moved into the Ubuntu House.

Bongani, now 16-years-old, lived the first 12 years of his life in Ocean View with both of his parents, his brother, and his sister, then he moved to Grassy Park, where his parents eventually separated. Bongani chose to stay with his father while both of his siblings went to live with his grandmother.

“I didn’t like staying home alone… My father would work late nights, and I would stay alone there, worried maybe gangsters might come in or something, it was just scary. He wants to work every single day so he has enough money to feed us and stuff, so I asked Ms. Scheepers if I could stay at the Ubuntu House,” Bongani explained.

Now, he shares a room with Ase, Siya, Azola, Jimmy, and Somila, while he still gets to visit his father and siblings on the weekends.

Bongani has been with Ubuntu’s partner schools since he joined the Academy, attending Sun Valley for Primary School, and now the Ubuntu School, where he has seen significant improvement in his marks.

“I also feel free at school… They give enough work, and I really feel like I’m improving. This is my second year, and I feel like I’m doing better than last. I really prefer the arts; I like to be creative.”

Sometimes Bongani stays late for art class with the teacher, doing still drawings of plants or fruits, and he likes to call the pieces below his best work.

As for football, last year the striker had his best season ever. He scored 11 goals, helping the u15a team claim the league championship.

“It was my best season ever. Two years ago I was battling an injury; this year I got to really play.”

In a loving home, and surrounded by his Ubuntu brothers, Bongani is constantly trying to get stronger: training, rapping, and pushing himself in school, all the while enjoying beautiful Cape Town.

“The house is a nice place, and I feel at home there… and the school, the teachers are friendly, and they treat you like your own children; it’s a loving place. Football, we encourage each other, and we can be negative sometimes, but we love each other like brothers… it’s a family.”

An earlier version of this story was originally posted by Ubuntu Football here.

Read more about Ubuntu Football here: Ubuntu Football: Embracing the Dream (20 year-old Alex van Schalkwyk’s incredible journey has taken him from being a 12 year-old soccer-crazed boy in South Africa to pursuing his soccer and educational dreams in the US at Dartmouth College.)