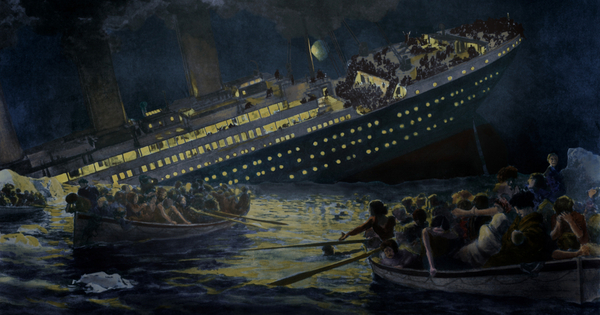 Ships have been the most amazing achievement. They’re beautifully constructed. They protect you during a storm. They, in a sense, nurture you, therefore ships are referred to with the feminine pronoun.

Have you ever been on a ship that’s about to sink?

Or had that sinking feeling your ship is about to go down?

It’s happened to me twice, the first time was at least a decade ago, but feels like yesterday, as trauma has no expiration date, and as we know many things pass from parent to child, trauma being no exception.

The second time was today.

To set the story, let me take you back to the first encounter… Larry and I are camping at Meeks Bay in California with our four kids, and a gaggle of friends from Campbell, we have our boat moored at the dock for the weekend, and decide on an early morning cruise of Lake Tahoe, while the water is calm, and the sun not at full strength.

It’s a thirty-minute passage across the lake, I’m sipping coffee while the boat becomes littered with abandoned juice boxes, and string cheese wrappers. We meander along the East Shore, admiring the houses and lodges, reapplying sunscreen, and for a minute I fantasize about docking the boat at one of those elegant lakeside bars, and ordering a Bloody Mary. Make it a double.

Here’s the deal, camping is not my thing. There are six of us, all crammed in a small tent, side by side air mattresses fill the space, along with backpacks, and unruly duffle bags. At night the rows of sweaty unwashed bodies assault my delicate senses. We cook most of our meals over an open fire, and my favorite, grooming in the public restrooms. It’s rustic, I realize that is the point camping, but I don’t have to love it.

Gliding by the Hyatt Regency at Incline Village, I watch my fantasy fade away, we continue to meander across Crystal Bay, almost reaching the rugged point. Then as if an act of God, the skies open up, showering us with heavy rain, and gale-force winds come out of nowhere. Within minutes enormous waves are crashing over the sides of the boat, the kids tighten their life vests, huddling on the floor in a wad of panic and fear.

Larry is trying to get around the point, where the water is calmer, because turning back is no longer an option. He makes three heroic attempts at rounding the point, each time we are forced back by huge waves breaching the boat, forcing the bow to rise up almost perpendicular to the water. Even though the bilge pump is running nonstop, the cooler is floating in a foot of freezing water as I try to calm the children, frantically instructing them to swim to shore if we should capsize.

“Waves are not measured in feet or inches, they are measured in increments of fear.” Buzzy Trent

As one would imagine the children are wailing, the storm is howling, and the bedlam in our little boat is unnerving.

At some point, Larry and I make eye contact, and this knowing passes between us, a silent acknowledgment that we might not make it. I’m suddenly living the movie The Last of the Mohicans when Daniel Day-Lewis shouts, “Be strong, survive, just stay alive, no matter what occurs, I will find you.”

It’s all rather dramatic, the only way to get out of these waves is to go through them, and get on the other side of that damn point. He nods at me, one last try, I see the determination in his eyes, but also the terror.

As he charges the erratic waves full speed, I scramble onto the floor of the boat, holding our hysterical children. He pushes our little boat beyond endurance, wave after wave crashes over her bow, tossing us around as if a cork in the ocean. I glance up from the cocoon I’m providing for the crew, and I can see come hell or high water, he’s not turning back.

It’s Larry or the storm, a standoff of epic proportions, and I’m praying to a suspiciously absent savior, “hello, huge storm, ring any bells?”

I closed my eyes, put my head down, and resort to begging.

Time takes on a shape of its own in traumatic situations, and this would certainly qualify, it may have been twenty minutes or five, but it felt like forever before the ferocious pitching started to ease, the waves receded, and surges of water were no longer breaching our battered boat.

We made it, but honestly, if we had stopped for that Bloody Mary we would have missed the entire storm, just sayin…

Terror remains in our memories like scar tissue, painful when I feel stretched, no wonder I dream about water when I’m overwhelmed.

Jump forward a decade or so, Larry and I are walking the hood early this morning when the second time in my life I find myself on a sinking ship. At some point I steer the conversation towards our innate biases around gender and identity (I have a training later today and want to toss it around a bit), you know, the ones we’re born with, the lens with which we view the world.

Of course, quarrelsome Larry is the wrong person to explore the concept of bias, right off the bat he says he doesn’t like the negative connotations that are associated with the word “bias.” That’s sort of the definition of the word, anyhoo…

“Why, were you not born into a family of origin, with its own culture, and identity?”

“Yes I was and it wasn’t yesterday.”

“Interesting… remember the other day when you told me it was a sacrifice to spend time with me?”

“I believe I said it was a sacrifice to miss the football game.”

“And then you said I should be appreciative of your sacrifice.”

“It had nothing to do with gender, or bias, it was about you not messing with your phone while we were watching a show.”

“Oh, I see, I should forgo my rights and privileges to watch television the way I want, because I’m a sacrifice?”

“This is not a court of law, we are having a discussion.”

“Women have always been persecuted.”

“Are you kidding me?”

“Can you tell me a time in the history of the world when it was advantageous to be a woman?”

Immediately he says, “if you were on the Titanic.”

“Let me see if I have this right, you’re telling me the best time in the history of the world to be a woman was on a ship that was sinking in the frigid waters of the North Atlantic Ocean in the middle of the night? That pretty much says it all.” 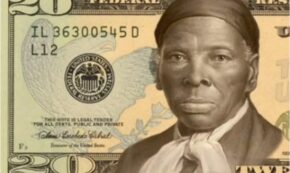 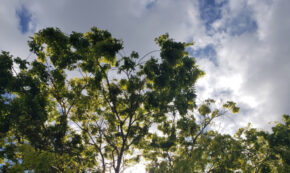 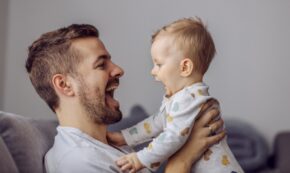