Love and compassion are necessities, not luxuries. Without them, humanity cannot survive.

This is one of many similar quotes from some of the greatest thinkers in human history: Pythagoras, Gandhi, Tolstoy, Da Vinci, Einstein, Tesla. All of them suggested at some point in their lives that our compassion and treatment of other animals would determine the future of our species.

Men, undoubtedly have compassion. It shows up in loving and caring for their family and friends or helping strangers and the homeless in the street. But is it enough?

For 27 years I was asleep. Unconscious some might say. I would go about my life, consume anything and everything I wanted and would never give any of it too much thought. But, I always felt compassionate as I think most people do.

Then, I met a woman. She was a total breath of fresh air to me. Attractive, but more importantly independent. Free thinking. She had beliefs, opinions, and ideas on what life should be and it sparked something inside of me. I remember sitting and listening to her talk about spiritual ideas and consciousness. Usually, I would have zoned out after a couple of minutes (being unconscious) but not with her. Everything she said resonated with a piece of me.

I then discovered she was vegan. That was almost too much. At the time I wasn’t interested in ‘spirituality’ and certainly not ‘vegans.’ I just thought they were over privileged and self-righteous people being far too sensitive about life.

Two years later and here I am. A vegan man with a blog dedicated to advocating veganism for men.

I have always been a compassionate person, but only for those close to me or those, I could relate to. I would feel sadness for a lion that was shot after mauling people. I would be amazed at the creatures on BBC Planet Earth as I learned about their complex lives from David Attenborough. But I think this is as far as mine, and most of our compassion goes. We listen to Attenborough talk about how humans are wiping out species, and for a few minutes we feel sad but then it’s a new day, and we forget all about it. We’re happy to stop using plastic straws to save fish but not willing to stop eating fish to save fish. Even Attenborough himself who advocates for the protection of all animals and ecosystems around the world is not a vegan. It goes to show just how unconscious we all are.

There were instances in my life which triggered more profound compasanimals. Watching a pig have its head chopped off on the internet when young and my first sight of a dog being grilled on the sidewalks of Vietnam a few years ago to name a few. There are more like these but those stuck with me. I continued to consume meat nevertheless.

It was an accumulation of all these moments plus the meeting of my new girlfriend that I decided veganism seemed like a good lifestyle choice for me. It wasn’t an easy transition, taking about six months in all. At first, I said it was for health reasons, but I wasn’t particularly unhealthy at the time.

The more I read, the more informed I became and the more videos I watched I suddenly started to feel genuinely empathetic towards animals.

Now, ten months on since I felt that overriding sense of empathy I feel overwhelmingly compassionate. Not just for animals but everything and everyone. For friends, family, strangers, animals, trees, plants, lakes and even cockroaches. As a friend of mine recently wrote to me said ‘my sense of self in relation to “nature” has really become quite a powerful, visceral sensation.’

I see overwhelming compassion expressed by other vegans every day in their posts on Facebook, their tweets, their activism, and charity work. I understand these people now, and I understand why they get so frustrated, sometimes angry and even sometimes why they get violent.

They have seen a way to embrace compassion and use it as a force to do good in the world. It’s hard when others can’t see that, and you are shut down for trying to make a positive difference.

There must be a fundamental misunderstanding about the nature of compassion because compassion is very powerful…Compassion protects us more than guns, bombs and money.

Hegemonic masculinity is the big threat to our society. Until we can break free of this prison, man can never be at peace. We will likely always kill, rape, torture, conquer and divide. Until we can shake off the archaic stereotypes of men being emotionless voids of muscle we can never honestly find peace.

Men are raised to believe they have to be strong in every aspect of their lives. If we’re not, then we are weak and vulnerable. We cannot cry. Not just for ourselves but for others too.

Men are always striving to be better than what we are, and it’s a losing battle that will never be realized. Until we can learn to love ourselves, be vulnerable and compassionate, we have little hope of making real change.

Is Going Vegan a Tool for Compassion?

I’m not advocating that veganism is the key to widen men’s compassion, but it could certainly be a tool.

Men may not start veganism as a means to protect and care for animals but being vegan can lead us to the compassion we need. When I speak to a lot of vegan men through my blog, they always have a similar story of going vegan for health reasons and eventually shifting to animal welfare reasons.

Going vegan forces you re-evaluate your diet; it makes you research what your body requires and along the way you come across information about your meat and where it comes from. Once you delve into the vegan lifestyle, it’s hard to ignore the information about animal welfare. Thus, you become involved in the reality of how animals are treated within the food industry. It makes you sad, angry and slightly depressed.

As you continue your vegan journey, this empathy turns to compassion. You start to put yourself in the position of the animal, and you have a realization. We are all animals that strive for the same things out of life. Food, water, shelter, love, happiness, and freedom. You start to question why humans deny so many other animals these basic fundamental rights.

What if our world leaders were more compassionate? What if instead of teaching our children to fish we taught them to preserve and grow? What if we allowed men the space to feel all emotions from a young age?

Maybe it’s time for men to wake up. Shake off the archaic stereotypes of what it is to be a ‘man.’ Veganism is no longer just for the few. It’s for the healthy, conscious, and progressive man.

As long as humans continue to be the ruthless destroyer of other beings, we will never know health or peace. For as long as people massacre animals, they will kill each other. Indeed, those who sow the seed of murder and pain will never reap joy or love.

To be a vegan, a man acknowledges his destructive impact on animals and the environment. He stands up to protect those that cannot defend themselves and a planet that cannot ask for help. He does this by making small sacrifices in his own life so that he may improve the conditions of others.

Photo by Kevin McCutcheon on Unsplash

Andrew Miles is the creator of blog meman mevegan, a space dedicated to supporting men going vegan. As a recent convert to veganism himself, he uses the blog to share his own experiences as well as offer advice and support to men thinking of making the transition. 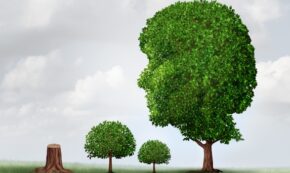 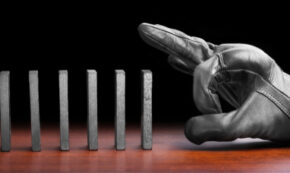 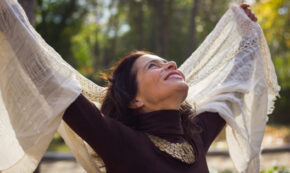 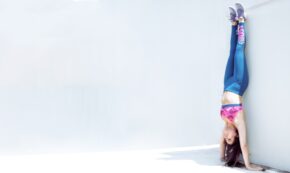 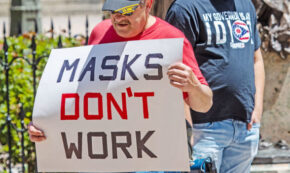 FacebookTweetPinEmailShares102
We use cookies on our website to give you the most relevant experience by remembering your preferences and repeat visits. By clicking “Accept”, you consent to the use of ALL the cookies.
Do not sell my personal information.
Cookie SettingsAccept
Manage consent