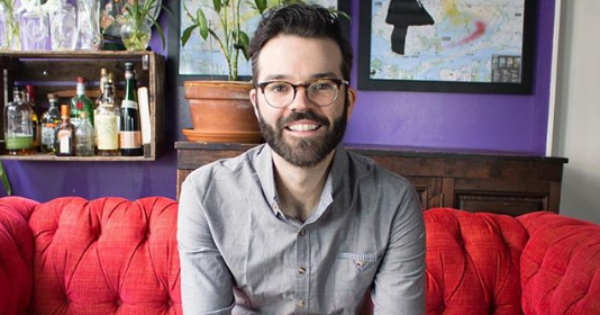 —
Growing up, Jordan Reeves was terrified that people in his hometown of Hueytown, Alabama would come know what he’d already come to terms with: he was gay.

Now Reeves has founded and spearheads VideoOut, whose mission is “committed to magnifying real voices in the LGBTQ community, especially those most at risk.”

“Harvey Milk said that coming out is the best way to destroy the lies and dispel the myths that surround the LGBTQ community,” Reeves told The Good Men Project.

“VideoOut is building the largest library of coming-out stories anywhere in the world. We strongly believe that every story creates empathy, and that empathy can be wielded as a powerful tool for advocacy, awareness, and education.” 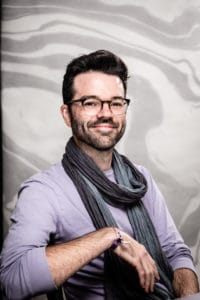 Reeves professes to be a late bloomer. He only came out to himself in 2008 at the age of 23. “I didn’t know any other gay people. I didn’t even know people that knew other gay people. I felt so removed from the community. Once I came out I said we need to build something, we need to create something so that everyone has a place to go to. That’s when I began thinking about VideoOut.”

In 2016, Reeves left a job after learning a lot about digital media and said to himself, “All right this is the moment. I started recording the first story in early 2016 and we did our first event in September 2016. Now there are over 200 stories in the library and our programs have reached over one and half million people. Our goal by the end of next year is to have a thousand stories.”

Reeves was recently named one of the first recipients of the Marriott International  #LoveTravels Beyond Barriers Social Innovation Investment.

The award granted him $50,000 to grow VideoOut, and a year of summits and mentorship opportunities from Marriott executives. It’s part of a series of large and small initiatives the company does for the LGBTQ community, including their Annual Home for the Holidays charity concert show hosted by Cyndi Lauper every December in New York City.

Reeves admits that being from a small town in Alabama filters how he hears other people’s stories and he’s aware of his own implicit biases “I think one thing that is super important to me is facts and getting it right. When we go out in Hueytown, Alabama and all the other Hueytowns that exist in the world. We show up there and say, ‘Hi we are here to talk about being LGBTQ and we want to know your story.'”

Reeves is careful to make it clear that he didn’t have an awful experience in Alabama, “I had a boyfriend and we would walk down the street holding hands and I was never physically or verbally accosted in Alabama.”

Ironically, it was during his first week in New York that he was pushed on the street and called a faggot. “We can’t use the south as a scapegoat anymore. We must find that threat of prejudice at the root and get rid of it. Wherever it is.”

Reeves says YouTube provides the most incredible distribution platformthat can be tapped to do so much good. “It’s free to host videos there and its incredibly searchable. I think it’s the second most powerful search engine in the world. I think VideoOut will always be on YouTube.”

Reeves has learned as much about himself as he has about the people whose stories he shares — he  laments that, “becoming woke is painful. I believe it’s a real thing too. As a cis white man, who came from a very conservative community — I had a lot of ideas that were deep seated. I was brainwashed. I feel like I have learned so much from some of the Black women I’ve interviewed. I did a program called creative community fellows last year. A lot of people in that fellowship were so patient with me was beacause I came with my open heart. I began to really understand what it means for those of us who have lived in a place of privilege for so long, and how its different, especially when you come from an already marginalized population, that our equity feels like oppression. I’m willing, excited, obligated to speaking with people who look and think differently than me to show me how I can be a better human.”

Since receiving the grant, Reeves has continued traveling around the country. “We’ve done events in Brooklyn, Amarillo, El Paso, Gainesville, Birmingham, and Salt Lake City alongside local community organizations. For instance, in Texas we worked with PASO in Amarillo and Borderland Rainbow Center in El Paso. We’ve worked ACE in Birmingham, and the  Utah Pride Center in Salt Lake City. Most days, we were on the ground meeting local LGBTQ+ people. And on the days that weren’t full of meetings, we are recording stories. Since February 1, 2019, we’ve recorded almost 75 stories.”

Reeves is grateful for the grant and the freedom from the constant financial worry that it has provided, and the locations in far flung places around the country that they can not only shoot at, but also provides lodging. “At the end of the day, it’s so nice to go back to a place that feels like home, not just the company headquarters.”

Watch their recent interview with Black Trans TV below.

Trauma can come in many forms, and there’s no rules about who you can be. Our founder, Jordan Reeves, had to get out of his environment to find perspective, understand what he’d been through, and start healing after years of being told he shouldn’t exist. Check out his latest video, “Joyfully, Jordan: Let’s Talk About Trauma” (link in bio!) “The way you feel about yourself inside is valid. Who you are is perfect.” . . . . . #lgbtq #lgbt #comingout #NYC #pride #LGBTQpride #gay #gaysofintagram #shareyourstory #tellyourtruth #love #thrivingnotsurviving #dontbeafraid #yourtruthisincredible #loveisloveislove #loveisallyouneed #iamwhoiam #lovetravels #videoout #joinin

Facebook114TweetPinEmailShares114
wpDiscuz
0
0
Would love your thoughts, please comment.x
()
x
| Reply
Share this ArticleLike this article? Email it to a friend!
Email sent!