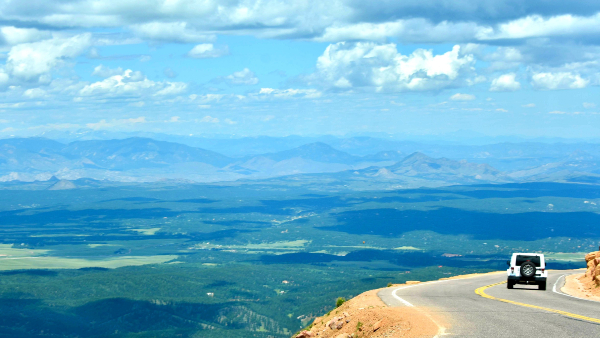 We sat in quiet awe on Rosa Parks’ bus, a powerful symbol of antiracism. Ironically, that bus sits in a museum founded by Henry Ford. He was a hero of American industrial capitalism whose namesake automotive company is a global icon of business. And yet, Ford was so strongly racist against Jews that Hitler awarded him the Nazi’s highest possible medal.

In Gary, Indiana, we saw the humble birthplace of the legendary musician, Michael Jackson. The city has among the worst histories of poverty, crime, and segregation in America. Considering his roots, Jackson’s success is even more exceptional. However, he was regularly dogged by allegations of child abuse that rose again in the news during our trip.

Abraham Lincoln looked somber at Mount Rushmore in South Dakota, and tired at his memorial in Washington, D.C. We ran into him again in Louisville, Kentucky, on the plantation of Joshua Speed, his closest friend. Speed influenced Lincoln’s opinion toward slaves, and yet he owned slaves and opposed emancipation. Lincoln himself would argue, “I am not, nor ever have been, in favor of bringing about in any way the social and political equality of the white and black races.”

At the Smithsonian National Air and Space Museum, we saw the Spirit of St. Louis and admired the bravery of Charles Lindbergh, the first pilot to fly solo nonstop across the Atlantic. At the United States Holocaust Memorial Museum, we encountered Lindbergh again. In an old newsreel of his thinly racist “America First” speech, he was arguing against the U.S. joining Europe in the fight against the Nazis.

These men join the array of national heroes who, upon examination, are less luminous than their legends. The kids and I discussed: Why do we often imagine famous people as purer and less nuanced than they were? Why do our stories tend to suppress faults — or amplify them? How many flaws can an American hero have before they’re not a hero anymore?
—

This post is the second of 4 parts, the sum of which was previously published on Medium.