Get Daily Email
Join/Login CLOSE
Home / Featured Content / In the Wake of 9/11 How Will We Choose to Be?
Embed from Getty Images

Originally published as an op-ed in the September 15, 2001 edition of the Asheville Citizen-Times.

As you read this my wife, Shonnie, will finally be home. That will never be said again for thousands of our fellow citizens.

I am lucky. Shonnie is en route from Denver to Asheville via Greyhound (a 36-hour journey) after having been stranded there because of the FAA’s no-fly order. But she is coming home.

What happened on Tuesday was impossible for me to fully comprehend at first. I watched the 767 crash into the World Trade Center, but it was more like a rerun of some action flick than reality. Yet every time I heard a siren outside my Biltmore Avenue office, I was startled, thinking an attack might be underway in Asheville. Shonnie called from her dad’s in Denver. I called my mom in Tennessee. She had talked to my daughter who lives outside Washington, D.C. and reported that she and her family were OK. I couldn’t get through to any of my friends or relatives in the D.C. or New York City areas. I prayed they were safe. Folks in my office suite gathered to watch the tragic events unfold. Not much work got done that day.

On television I watch those who call for vengeance, an eye for an eye. And, yes, I’ll admit, there is that part of me that wants a full measure of revenge right now. On the radio I hear those who call for stringent security measures in order to create a safer nation. And while I don’t relish a three-hour wait each time I fly somewhere, I understand the desire for greater safety. I see leaders who believe we must increase our military might in order to prevent such a tragedy from happening again. And I recognize the need for us to be prepared.

Yet, I wonder: Will further violence bring an end to violence? Is any security measure going to bring us the safety we long for? Will a missile defense system keep a small band of committed militants from their dastardly work?

One thing has been accomplished by the appalling actions of the terrorists: We have come together as a nation in support of those in need. We have opened our hearts. The best in us is evident in full measure. Heroic deeds; open-hearted prayers; evocative words; an outpouring of blood, money, and supplies. I feel pride in being an American, and I resolve to do more than simply writing these words and sending them out.

We have been dealt a horrendous blow. Our lives have been changed in ways yet to be fully revealed. Yet in the midst of all this turmoil, out of the darkness of these deeds, we are presented with a crucial choice. How will we ultimately respond to this egregious tragedy? What kind of world will we seek to create? I pray we choose wisely. I pray we choose well.

May God help us all.

If we practice and eye for an eye and a tooth for a tooth, soon the whole world will be blind and toothless. ~Mahatma Gandhi 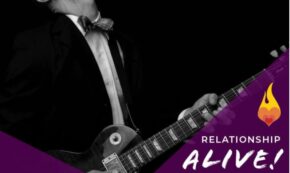