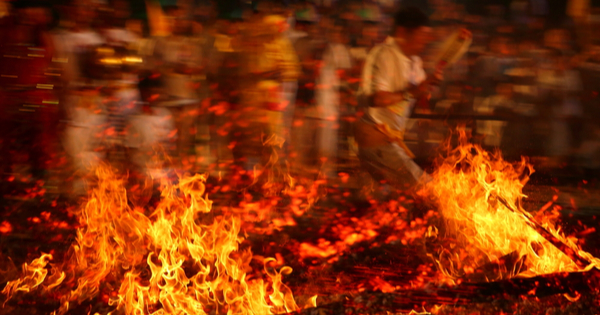 What matters most is how well you walk through the fire.

I discovered Charles Bukowski amidst my divorce.  I was in my late 30’s and reading like a fiend to distract, fill time, and stave off loneliness.  The first book of his I read was Post Office.  I followed that with Factotum, then Ham on Rye, Pulp, and ending with, perhaps ironically, once my split was final, Women.

Then I took a break.  I felt I had gotten what I wanted from Bukowski.  He made me laugh.  He made me think.  He made me mad.  And he made me jealous.  As an author, that is.  I was envious of the way he wrote, without a filter, or so it seemed.  He told stories so brutal and so ugly and so transparent that I never once questioned if he was telling the truth or not, or if he even cared.

At the time I was working on being more open and more vulnerable, as a person and on the page, so I saw in Bukowski something of a life and literary Sherpa.  George Orwell once said that his best attribute as a writer was his ability to “sit with painful truths.”  In Bukowski, I perceived a man who was not only able to sit with painful truths, but could devour them and sling them, word for word, at the reader like a circus knife thrower.

Maybe that’s another reason I stopped reading him: my psyche just couldn’t take any more wounds.   Or maybe I no longer needed them.  The damage had been done; I had bled and suffered enough.  And I was a better man and wiser writer for it.

Which brings me to Phill Provance and his new book of poems, A Plan in Case of Morning (Vine Leaves Press, Sept. 2020).  Provance is a writer who is gaining attention.  (He recently received grants from Poets & Writers, PEN America, and the Authors League.  And he was cited by the Lee Mitchell, Princeton’s Holmes Professor of Belles Lettres and Director of American Studies, in his latest book.)  The praise is worthy.  I was given a copy of A Plan in Case of Morning a few months back and from the starting line, I was reminded of Bukowski.  Provance’s poetry has a similar way of punching you in the gut, but also not pulling back the blow until the fist has made an indelible mark in the skin.  And similar to Bukowski, Provance mines his soul to bring light to the dark places of life, and has the chops and the spirit to tell a tough story with a hint of humor and horror.

If there is a contrast between the two writers, I would say that Provance is less antagonistic to the reader, and more concerned with uplifting them.  In this book, poem after poem, he both slays dragons and saves them.  This contrast mirrors his attitude toward his upbringing.  Provance was born in a small Appalachian valley town.  A child of a broken home, he spent his early years living in a trailer on his grandparents’ farm.  It seems not an idyllic and tranquil time, as he shared in his bio that, “…he witnessed the same alcoholism, drug abuse, mental illness, domestic violence, and poverty that figure into most stereotypes of Appalachia.”  But he also says that during that time he experienced, “…the genuine devotion and kindness of people whose only hope, often, is sticking together.”

Like many young men in turmoil, Provance was on the move early, leaving home at 18 and writing his way throughout, as he said, “the English-speaking world.”   A Plan in Case of Morning, the poems, gives a glimpse of this time.  It is parceled neatly into three parts: Going Out; Going Under; and Coming In.   It is a classic storytelling arc and an effective vessel to tell the story.

In Going Out, we travel with the writer, wide-eyed and suspicious, cynical and curious, as places his past into the present and derives meaning from the mix.  My favorite in this series is “A New Kind of Vegan,” as much koan as poem, and “The Fattest Monk In History,” where Thomas Aquinas serves as an obese mirror-image to the poet’s imaginative largesse.

In Going Under, Provance’s poems splinter under the weight of a downward spiral.  The writing is raw and scary, with many lines hinting at violence (“A knife lay on the kitchen table for three days.”) and depression (‘The sky is miserable.”)   In this series, he takes aim at villains he knows well and never met.   But he is not the victim.  He fights hard against what has hurt him, and hurts him, while accepting the hurt as necessary for redemption.  Which is what is told in Coming In.  The poems here are more hopeful, more peaceful, and more organic.  They are like new growth after a lava stream has cooled and hardened and cleared a land of nothing but nutrients and space.  Provance, I believe, is even surprised he has gotten to this point in his life.  It reminds me of the great Mickey Mantle line, “If I knew I was going to live this long, I would have taken better care of myself.”  But Provance, in this section, appears not regretful about his past but grateful for it.

I once watched a documentary about The Eagles, the legendary rock band, and the late singer and guitarist, Glenn Frey, was asked about the mystery of the song, “Hotel California.”  He was responding to all the different theories on what the song’s lyrics meant or didn’t mean.  And he said something along the lines that he and his usual writing partner in the band, Don Henley, kept to the idea that a song was made for the audience, for the fans, but also for its creators.  Meaning, there was something in a song for them, and something for us, and we don’t have to tell them what that is.  That’s ours.

I feel there is something like this in Provance’s poems.  They can be cryptic, but the craft is there so that you know where the metaphor is, where the symbolism can be found, and thus you can dig in and make your own interpretation.  Provance is clever that way, but not confusing.   He wants to heal not harm.  And in a society where more and more men are feeling alienated and isolated and are searching for answers, perhaps these poems can help them by forcing them to ask themselves the tough, and the right, questions.

Facebook144Tweet3Pin1EmailShares148
wpDiscuz
0
0
Would love your thoughts, please comment.x
()
x
| Reply
Share this ArticleLike this article? Email it to a friend!
Email sent!