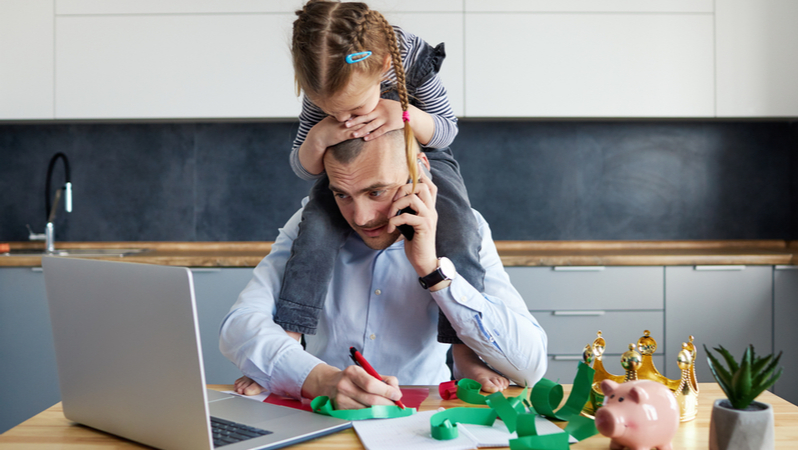 If there’s one thing we’ve learned lately, it’s that we don’t know anything that’s going to happen. And when it comes to business, that may be a good thing.

At the beginning of the year, we were ringing in 2020 with confident clarity. We supposedly had a clear vision of where we wanted to take our businesses. We had focus. We had the once in four years magic of a leap year to propel us forward. This was going to be the best year ever!

And then 2020 actually happened.

Some may say that if we leaped anywhere, it was from the frying pan into the fire. But I think we can see a different story here–and a different opportunity–if we rethink the effects of chaos.

Chaos as a creative force.

While it may not be a four-letter word, in business, you’d think it was. Chaos has not traditionally been a welcome element in business planning. I think that’s a mistake.

Philosopher Friedrich Nietzsche once said, “One must still have chaos in oneself to be able to give birth to a dancing star.”

That’s always been a favorite quote of mine because it speaks to a universal experience. After all, which one of us can’t relate to having chaos in our lives, especially now?

But the quote goes a step further. It reframes the experience of chaos from something to be feared and avoided to something that can drive creation. From chaos, you can give birth to a dancing star, whatever that looks like for you.

But it’s probably fair to say that very few of our plans for 2020 have gone as planned. Of course, plans can change all the time, and in business, they often have to. But what if there was less of a plan in the first place and more of an understanding of direction to go in? What if we focused on where we’re going instead of the details of how we’re going to get there? What if we followed how they actually do unfold instead of planning the way things should unfold?

Shifting from strict planning towards a deeper understanding of our direction can unlock our ability to create in the moment. To follow what unfolds instead of lamenting how it doesn’t correspond to what we originally wanted. To see more opportunities and get greater results than we ever could have imagined.

There’s another reason it makes sense to focus on direction rather than elaborate planning. Change is going to happen–and interrupt our plans–anyway. And it happens faster in a crisis.

Crises like those we’ve experienced this year tend to speed up the inevitable. Take the example of adapting to a remote workforce. Earlier this year, businesses were scrambling, trying to figure out how to handle remote work transition. But this shift was coming anyway. Millennials and the generations that follow have been pushing for remote work all along. To get and keep the best talent, companies would have to figure out remote work eventually.

Many companies delayed responding to the needs of today’s workforce until they had no choice. However, some followed the unfolding trends and adopted remote working capabilities earlier. These are the companies that are now primed to recruit and retain top talent.

A college professor spoke about how his university had a five-year plan to offer online education. Then the pandemic struck, and guess what happened? They accomplished their five-year plan in seven days.

That’s what a crisis does. It pushes us off the cliff. And while that can be scary, it can also motivate us to innovate quickly. We learn to create in the moment and work with what is unfolding.

What does all of this mean for businesses? It means there’s a better way to move forward. A way that replaces strict long-term plans with intentions and a loose vision of where you want to go. A way that finds the middle ground between having direction and narrowing your sights so much that you don’t see the opportunities right in front of you.

This new way to so-called “plan” is built on an agile framework of getting started and following what unfolds. Just start somewhere. Start with an idea. Create something. Look, see, hear, and feel more. Be sensitive to what’s going on around you and create from that. Then see what unfolds.

Lately, I’ve seen more success from following what’s unfolding than any long-term plan. And this isn’t just a new development brought on by the global pandemic. I see it in businesses who choose to start and follow the unfolding to incredible results. I see it in myself as I experience one of the most creative times in my life. I see it in business leaders like Basecamp’s Jason Fried, who caps company planning at 90 days.

When everything gets stirred up, and chaos ensues, that’s what you create from. When you follow what unfolds instead of relying on a plan you made years ago, you stay fresh. You stay relevant. And you can innovate with creative agility.

It’s a phrase I often use with coaching clients to help them overcome worries about “the right way” to start. I used to get the same advice myself from my yoga teacher. When I would get caught up in being “perfect”–which was often–she would say, “just do.” It was a reminder just to get started and create something. To stop worrying about the plan and about everything being perfect. To follow what’s unfolding and create from chaos.

When you do, what you create will be even more relevant and compelling than ever before. You’ll open up the doors to greater success for yourself and for those you serve if you start now. Focus on your direction, and be open to new ways to get there. Harness the power of chaos as a creative force in your business, and do.

Small business consultant, and speaker, Jeffrey Shaw is the author of LINGO and The Self-Employed Life: Business and Personal Development Strategies That Create Sustainable Success. Jeffrey's TEDxLincoln Square talk is featured on TED.com and he's the host of the top-rated podcast, The Self-Employed Life. Join him at jeffreyshaw.com.