Get Daily Email
Join/Login CLOSE
Home / Featured Content / What Are Defense Mechanisms and Why Do People Use Them?

To cope with anxiety and other stressors, it’s common for people to use defense mechanisms subconsciously. This article will give you an overview of defense mechanisms and their uses and why some can be more harmful than good despite having a clear purpose.

What Is A Defense Mechanism? 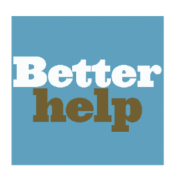 As mentioned in the introduction, defense mechanisms are strategies that are performed at an unconscious level to protect us from negative feelings and emotions.

There are several different defense mechanisms that people might resort to, and here are some examples:

An extremely common defense mechanism, denial involves an individual refusing to accept reality or facts. For instance, someone “in denial” suffering from alcoholism might avoid getting treatment because they are able to carry out tasks they consider functional, such as going to work.

Someone who has negative perceptions about another individual and uses the projection defense mechanism will instead believe that person has those thoughts about them, which can make it easier to cope and accept the negative feelings.

Those who are feeling stressed and anxious may regress to an earlier stage of the development cycle, such as being a toddler. It’s common with kids, but adults can use regression too; for example, they might sleep with a stuffed animal for comfort.

It’s normal to feel angry and frustrated from time to time, but displacement redirects it to a different target than what initially created those feelings and emotions. A typical example of this is someone getting into an argument with a coworker or their boss but going home and yelling at their pet since there are fewer negative repercussions than confronting the issue directly.

The sublimation defense mechanism is very similar to displacement, except it’s considered a healthier or more mature way of coping with negative thoughts, feelings, and impulses. For example, those who use sublimation can feel very angry, but instead of directing it towards a person or pet, they will find an outlet like exercising to calm down.

While it’s natural to avoid thinking about topics or ideas that are upsetting and distressing, repression can happen automatically and subconsciously. When this happens, it’s intended to push these unwanted memories aside, but they don’t necessarily go away forever.

People who use the rationalization defense mechanism will try to create logical explanations for unpleasant situations or bad behavior. For example, an individual who rationalizes might justify being rude to others because they were stuck in traffic, or they might have been rejected for a job position and claimed that they weren’t interested anyway so that they can feel better.

Getting Help With Defense Mechanisms

As you can see, there are many different defense mechanisms out there, and the ones mentioned above are just a handful of them.

Most of the time, defense mechanisms can be harmless, but they can also be quite detrimental if it’s a common occurrence and it’s being used as a replacement to cope with stress and anxiety.

Since defense mechanisms are primarily subconscious, it can be difficult to realize that one is resorting to them. Nonetheless, they can still view the potential consequences of their actions and how stress is affecting their wellbeing.

If these issues are having a negative impact on your life, reaching out to a counselor or therapist can teach you how to cope with stress so that defense mechanisms appear less often.

Online therapy from BetterHelp is a great place to get assistance for all matters related to mental health, and you can also read more about defense mechanisms and how they can affect your life.
Conclusion

By understanding defense mechanisms and why they exist, you can gain better control over your own emotional health. By learning how to confront your feelings and emotions directly in a healthy manner, you can feel positive and productive in all aspects of your life, especially your social relationships.