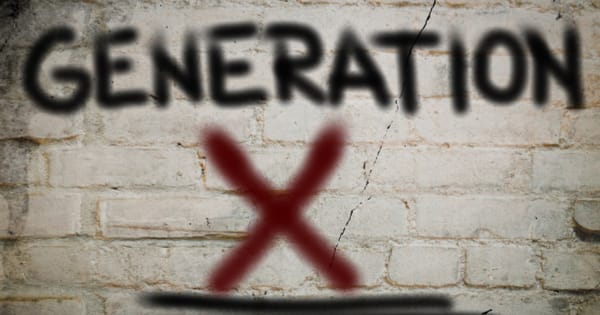 Our generation is responsible for the internet garbage heap it’s become.

And although he gets credit for “Facebook”, no one ever calls Goodwill Hoodie Mark Zuckerberg “eye candy”, like on Candy Crush.

FB has rendered Baby Boomers the laziest grandparenting generation of all time, limiting the majority of face time with their grandkids to their smartphones.

Zuck must be a puppet of the NSA because he’s granted Boomers the means to spy on their offspring from afar without having to adjust their spacious self-lifestyle away from MSNBC or Fox News, depending on which way they roll.

In spite of this being literally the laziest way possible to keep up with people you supposedly care about, Boomer Dads will still ask if your vegetarian wife can eat chicken after 8 years of marriage, 3 kids later. You would think with being retired the entire time, he’d have had plenty of time to brush up on the subject.

The only reason we don’t pull the plug on our Facebook accounts is that Zuckerberg made US too lazy to produce a photo album for our kids, let alone from our wedding 8 anniversaries later.

Stay at Home Dads can be trophy wives on paper but not in reality. Especially when the wife’s smartphone alerts her to another questionable purchase. Hey hubby, how was “Bride of Chucky”?

Raising the rod didn’t do Michael any favors. And Helicopter parents screwed millennial mouseketeers up good.

We must not make our daughters feel taken for granted or they’ll seek love from coked out vampires in LA like the girl from the Fallen Angel video. Or sparkly vampires, like in “Twilight”.  Vampires are a problem.

Over-scheduling our kids is an offshoot, defensive pushback of our generation trying to fill their free time with something more than “Different Strokes” and “Facts of Life”.

Still, we do spend more time hanging out with our children than our parents did.

Because we know our kids are superior company to most adults.

Social Security, pensions and company loyalty are less secure the Cheney’s soul renewal lease agreement with the Devil if Christian Bale wins best actor at the Oscars for 2019.

Dazed and Confused is our Catcher in the Rye despite it taking place in the seventies during Aerosmith’s prime smack taking years.

Nas is a lyrical wordsmith slayer genius, the hip hop George Carlin, whose lyrics are tougher than Dice.

Hip hop back in the day was the most badass, hilarious, accessible, social change activist-minded, slamming poetry ever produced.

It’s important for our children to know that beating Iron Mike in Punch-Out required perseverance.

Doing your 1st your deal as an IT Headhunter in LA, 3000 miles away from home at 22 after cold calling for 6 months with a debilitating stutter to contend with.

Eddie Vedder turned out to be a more reliable, consistently great, frontman rock crooner than Axl ever was. Without turning in his face into melted Candle wax from the November Rain video.

Hair power ballads are still cherished because they’re beautiful, kick-ass songs about romantic longing. Which never got played out in our hearts.

311 is the most underrated band of our generation. Knowing, they’re a dreamy love child of Cypress Hill, Red Hot Chili Peppers and Faith No More. I’m not available, Rolling Stone.

Sophia Coppola gave Bill Murray the permission to not even bother being laugh out loud funny anymore.

Taking down all of the Louie CK’s, specials down from HBO is a tad hypocritical knowing Roman Polanski’s Pianist is still up for tapping on your smartphone remote.

Critics hate Adam Sandler because he’s a beloved cash cow. Who has done great dramatic work with James L. Brooks, alongside Don Cheadle in “Reign Over Me”, and Paul Thomas Anderson in “Punch Drunk Love”.  He’s even appeared in a Noah Baumbach film.

And Rickey Gervais should host the Oscars every year, but Hollywood can’t take whatever they dish out. Clint Eastwood would agree.

Did I forget to mention Gen X parents understand that Starbucks is evil?

Because they didn’t advertise the calorie count for Cafe Mocha’s with whip cream back when we got addicted to them in the 1st place.