Get Daily Email
Join/Login CLOSE
Home / Featured Content / What is Antiracism, and Why Should I Care? 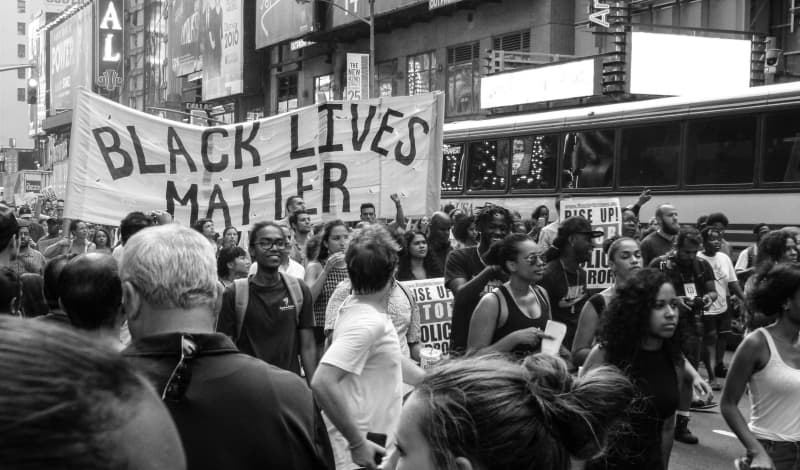 The beauty of anti-racism is that you don’t have to pretend to be free of racism to be an anti-racist. Anti-racism is the commitment to fight racism wherever you find it, including in yourself. And it’s the only way forward. https://t.co/DL3c2vIXcB

No one wants to be called a racist. But if you can accept the hard truth that racism can exist anywhere, including in yourself, then you are one step closer to doing something useful about it.

One way of identifying racist thoughts or ideas you might have is by taking these tests to uncover your unconscious biases. You might be upset or horrified by some of the results. That’s ok. It’s good, actually — it’s a sign that your conscious mind is on the right track. Sit with your thoughts for a bit and digest. Reflect on how these biases might impact yourself and others.

Yes. When we internalize the negative stereotypes society teaches us about ourselves, people of color can internalize racism and become our own worst enemies. I grew up in a town that was 99% white. My colorblind community taught me to just pretend the differences between me and my mostly White peers weren’t there. One of the results of this was that I spent a lot of my childhood internalizing shame about my Vietnamese heritage. It took me many years to unlearn the racist ideas I had about myself. Lots of people never do unlearn these ideas. The impact is huge. It doesn’t only hurt you. Internalized racism can make you treat others with the same contempt with which you treat yourself.

History professor, Dr. Ibram Kendi, accounts his own painful evolution with his ideas about race here. Reflecting on a speech he gave as a child, he says: “I did not realize that to say something is inferior about a racial group is to say a racist idea. I thought I was serving my people, when in fact I was serving up racist ideas about my people to my people.”

Unconscious biases manifest in many ways. People of color, for instance, often get passed up for opportunities. Professors at NYU contacted over 6,500 real professors at American universities asking for meetings to learn about their Ph.D. programs. They randomly assigned names that sounded male or female, and that sounded White, Chinese, Hispanic, Indian, or Black. White males were more likely to get a response back than all the other people in the other categories combined. Several studies regarding job applications around the world show similar results.

Other times, unconscious biases can result in more dire, and even fatal, situations like this: Black women in the U.S. are 243% more likely to die from pregnancy and childbirth-related issues than White women. Before you even bring up the education argument, sit with this: a 2016 analysis of births in New York City found that ‘black college-educated mothers who gave birth in local hospitals were more likely to suffer severe complications of pregnancy or childbirth than white women who never graduated from high school.’ This disparity is due to to unconscious biases that impact the healthcare Black women receive. When they bring up issues or complications they are experiencing with doctors, they are often being “dismissed, disbelieved, and ignored.” (Invisible Women: Data Bias in a World Designed for Men by Caroline Criado Perez).

Now let’s go back to those implicit bias tests. Who might you be unconsciously harming, including people from your own race? What are you going to do about it? If your answer at this point is ‘I don’t know,’ then keep reading.

Thinking or saying “I’m not a racist” is what allows racism to persist. It’s a way to say “not my problem” or “not my responsibility.” But racism is your problem if you believe in having a just and humane society, but you live in one that is not. Don’t be not racist. Be antiracist.

But what does it really mean to be antiracist? In his book, How To Be an Antiracist, Dr. Kendi says this:

“To be antiracist is to think nothing is behaviorally wrong or right — inferior or superior — with any of the racial groups. Whenever the antiracist sees individuals behaving positively or negatively, the antiracist sees exactly that: individuals behaving positively or negatively, not representatives of whole races. To be antiracist is to deracialize behavior, to remove the tattooed stereotype from every racialized body. Behavior is something humans do, not races do.” 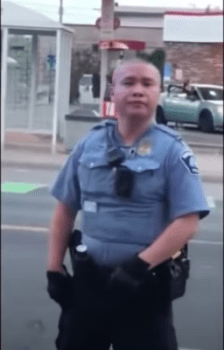 Look at this disturbing image of Officer Tou Thao standing there, doing nothing, while his partner, Derek Chauvin, murders George Floyd.

This is what continues to happen, again and again, when we do nothing.

To my Asian friends who are horrified at seeing an Asian American officer be complicit in this crime: let this be a reminder to us that we can also be guilty of abusing power or standing by idly when we think it isn’t hurting us. Many of us are grappling with the pain of our own anti-Asian experiences, but we cannot only decry racism when we see it impacting us directly. Black Americans have fought and endured injustices in the U.S. for centuries to give us the rights we have today. We cannot let them continue in this fight alone. The systemic power imbalances that have claimed the lives of George Floyd, Ahmaud Arbery, Breonna Taylor, and countless other Black Americans are the same ones that are killing us. The only path towards an America that stops treating non-Whites as second-class citizens is for all Americans to stand together in this movement in solidarity.

THIS IS HOW YOU CAN DO SOMETHING

It is not for a lack of resources that we are here mourning the continual loss of innocent lives due to racism. It is for lack of action.

An antiracist actively works to stomp out racism by addressing systems, policies, and imbalances of power.

Here are some ways you can be antiracist: 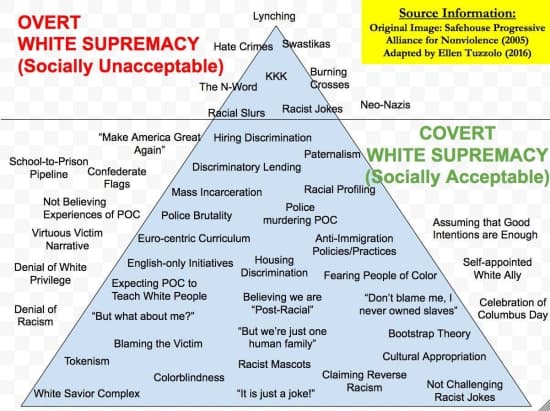 Even better than doing these things alone, find some friends or colleagues to take on the challenge of becoming an antiracist with you. Start an antiracism group or club. You will have more success in changing the mindsets and actions of people you already have a relationship with. Work through these resources together. Set realistic and ambitious goals, and hold one another accountable to achieve them. Support one another when you slip and say or do something that is anti-antiracist. We all make these mistakes. It’s hard, and it is not a linear upward climb. But you are probably reading this article because you care and are outraged by racism. Don’t lose sight of that.

Read my articles about the rise in racism against Asians related to COVID-19:

How It Feels to Be a Problem

Anti-Asian racism is on the rise. This is what it feels like (originally published on Medium and republished in the World Economic Forum)