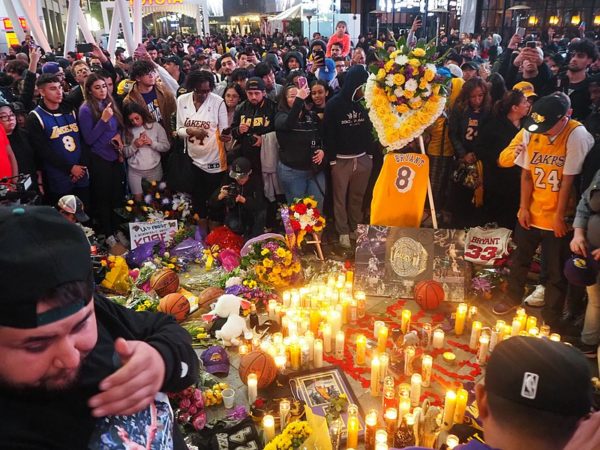 As part of the ritual to become the Black Panther, T’Challa, king and protector of Wakanda, takes the heart-shaped herb that gives him his heroic powers and experiences a spiritual vision in which he meets his deceased father, T’Chaka. “I am not ready to be without you,” T-Challa says, to which T’Chaka replies, “A man who has not prepared his children for his own death has failed as a father. Have I ever failed you?”

This scene from the superhero film “Black Panther” has echoed in my mind since the sudden untimely death of basketball great Kobe Bryant and his teenage daughter, Gianna, who were killed in a helicopter crash a week ago today, along with seven other passengers.

Those passengers were less famous than Kobe, but no less loved. Collectively they were mothers, fathers, daughters, and coaches:

It is a macabre and unsettling question, one that no parent truly wants to think about. Death and parenthood are not topics that seamlessly pair together like “love and marriage.” I hope my daughter, now a kindergartener, outlives me, but I wouldn’t want to leave her before she’s gotten a chance to truly know me. Until last week, I had never imagined a scenario in which she and I could perish together, leaving my wife to mourn.

The thought alone is disturbing.

That’s why Kobe’s death has given me—a fellow #GirlDad—pause. It’s not just who he was, what he accomplished or who he was becoming as he approached mid-life, but the circumstances of his demise that remind me of something that sounds cliché but is no less true: tomorrow is not promised.

He was the proud father of four girls.

He died on the fourth Sunday of the month.

His daughter, Gianna, was just 13, which adds up to four.

In numerology, 4 is the number of Foundation—four winds, four seasons, four corners of a square. As Joanne Walmsley notes on her blog, “the duty of the 4 vibration is to build a firm foundation for themselves on which others may stand, work and be protected.”

Raise them up on a foundation of love. Hug them. Nurture them. Be present in their presence. Pass on the best of yourself to them. By all accounts, Kobe and the circle of mothers, fathers, and father figures aboard that helicopter did just that for their children. They did not fail.

There are of course financial and legal instruments to consider: insurance policies, writing a will, and if you have the resources, establishing a trust. But that’s the administrative side of this question.

By showing them how to truly live.