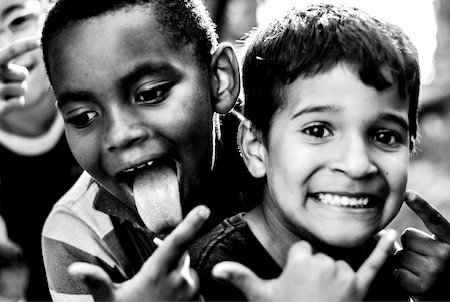 Several days a week, I move through elementary school hallways—observing, listening, seeing patterns. As part of an arts programing organization, I’m there to introduce creativity into schools that have never had any. I watch kids carve out their friend groups and comprehend how early social structures are ingrained in young minds.

Five-year-old boys question my earring. Little girls are puzzled by my pink shirt. The boundaries of their existence have already been established with pink and blue identity markers.

It’s hard to know where to start deprogramming when you realize they’ve been paying attention since before you realized they could focus.

While I see young girls experience these boundaries, they have some flexibility—skirts or pants, make-up or not, sports or arts, withdrawn or affectionate. And they touch. Girls can share intimate distance with one another when they’re telling a story, or sharing a secret. They are allowed close capacity.

Not boys. Tough, withdrawn and pushed away from each other at every possible turn, intimacy is not presented to them as an option. Distance becomes their “style,” and “No Homo” their code-of-conduct. Even the slightest brush of skin contact is met with “Hey bro, no homo”—toxic masculinity making it clear that nothing intimate just occurred.

“No Homo” proves that “gay acceptance” has not actually come a long way baby. It’s the new battle cry of the patriarchy, and it needs to be destroyed.

“No Homo” is the language of Jeff, a 5-year-old who often speaks with me when I visit his school. He sits down for snack, eats with his mouth wide open, and recalls a video older friends were watching on their phone where at some point two boys kiss.

Not with malice, but as if he had simply said the sky is blue. And I am wondering how he could possibly use this phrase already.

“It’s okay Jeff. Boys kiss sometimes,” I say to him. The look on his face suggests I suddenly morphed into a zombie. “Yeah, boys kiss. It’s not a big deal. But you should talk to your mom, or dad, or whomever you live with about it.”

Hell, he’s not my kid. And I just see them occasionally, so I can only go so deep. But I’m gay enough to know that somewhere in that cafeteria is another kid seeking affirmation, and I refuse to let them hear me deny their worth.

“No Homo” is also the language of Paul, a 7-year-old at another school, who decided I was his buddy the first day we met. He likes to share his insights about the arts program with me.

It’s my natural inclination to kneel down when I’m talking to little kids. And one day, as I do, Paul leans back on my knee, hand grazing my face, and utters, smiling, “No Homo.” It’s clear he wants to be sure I don’t interpret this moment as “he likes me.” I mean, yes he likes me, but he doesn’t “like me-like me.”

A like and a like-like must never be confused.

I say, “It’s okay Paul. You don’t have to use that sentence when you talk to me.” Again, a look of bewilderment. But he continues sitting, one arm around my neck, sharing his thoughts.

“No Homo” is potentially the future language of Greg, a Kindergartner with insanely long eyelashes that he bats without realizing it. He greets me with a Cheshire cat grin that makes him look like he’s flirting when he’s totally innocent.

“Hi Mr. Robb,” he says, touching my face, shoulder, chest, and arm. He sits close and whispers about his greatest concerns—Paw Patrol, Daniel Tiger’s Neighborhood and whether or not I like plain or peanut M&M’s. He cuddles me, craving intimacy the same way little girls get to casually interact; braiding each other’s hair and talking trash like a Sex and the City episode—only their brunch spot is a cafeteria, and everyone’s drinking Capri Sun.

It’s human nature to engage—and boys get it from birth til about 3 years-old, when manhood is forced upon them.

“Be a Man” is a phrase I’ve heard said to countless little boys in every conceivable setting. At the same time, I’ve never seen anyone scream “Be a Woman” to a little girl, because we all realize how ridiculous that sounds.

“Be a Man” is a first cousin to “No Homo,” because homo translates into sharing intimate space with another boy.

Eduardo’s gay. He doesn’t know it yet, but I do. It isn’t about the way he moves, or carries himself. It’s a spiritual connection when we speak. I can tell he feels unbelievably comfortable with me, and he can’t tell why. I make campy references (“Fasten your seat belts, it’s gonna’ be a bumpy night”) and he laughs hysterically. I’m positive he has NEVER seen All About Eve, but he’s rolling with laughter and doesn’t know why. But I do.

It’s like I’m speaking another language, and he’s beginning to understand that he speaks that language as well. There’s an adult validating his experience. I had that with an elementary school art teacher who “saw me.” Perhaps this is my spirit needing to pay it forward.

When Eduardo ran up to show me a new dance move last month, it was a beautiful moment … until a classmate mockingly said, “Eduardo wants to dance for him. He wants to be next to Mr. Robb.” She said it loud enough for others to hear, with venom dripping from her tongue no different than the girls who did it to me at ten. Using ridicule as a tool of power. “He likes to hang around Mr. Robb,” she said. “No ho—”

She doesn’t finish. She looks at me. I look at her. She shifts her weight. I shift mine. She stares me down, and I use whatever mental telepathy I think I have to channel: Don’t f—k with me little girl. You will lose.

She retreats and I turn back to Eduardo, prepared for his defeat. He’s bothered, but he smiles and continues to show me his moves before joining the class. “I’ll show you more next time. You’re coming back, right Mr. Robb?”

No homo. A catch-phrase to imply “keep your distance,” ringing in the ears of this 10 year-old gay boy who’s just shy of the moment in life when he’ll start longing for another boy’s touch.

No homo. A term to imply omission. No homos present.

But in my dreams, I wonder how different the world would be if we changed the negative to a positive. In my dreams I buy a vowel and two consonants, and walk into these schools wearing a bright, big-lettered t-shirt that says, “Yes Homo.”

How different would it be if the everyday presence of people on the LGBTQ spectrum was casual in schools from the get-go? A world where all of the positive reinforcement hit you the minute you walked in the door, from the security guard and the custodian, to the teacher’s aide and guidance counselor, to the gym teacher and everyone else.

If husbands and wives were as casually referenced in same-sex relationships as they are with heterosexuals. And not partner, a term I detest. It’s sanitized and ambiguous. Husbands and wives hint at the notion of a relationship with a sexual component. Partner is the kid you don’t want to do a project with but you’re paired together anyway.

If I knew that Bayard Rustin, Martin Luther King Jr.’s right hand man and the organizer of the celebrated March on Washington, was in fact “Yes Homo”—maybe I’d have believed in my greatness earlier.

If I knew that Robert Reed, America’s Brady Bunch dad, a show heralding blended families when the terminology didn’t exist, was in fact “Yes Homo”—maybe I’d have believed in my ability to be a family man earlier, or at least play one on TV.

If I knew that Sally Ride, the first American woman to go to space and blaze a path for those who came after her, was in fact “Yes Homo”—maybe a little bit earlier I’d have believed I could fly.

Or that Barbara Jordan, one of the most eloquent politicians to ever turn a phrase, who spoke truth to power about all men being created equal, was in fact “Yes Homo”—maybe a little bit earlier I’d have known that I could empower my brothers and sisters to take my hand, rise up and resist any political administration that tried to hold us down.

Yes homo. Because as I walk through school hallways, it’s clear that lack of awareness creates early fear of “the other,” as society starts pumping you with false information.

It’s about being present. Raising your hand and loudly stating “I’m here.”

And if you don’t know, now you know.

Photo by João Rafael on Unsplash

Great message which you are helping grow……..thank you……… 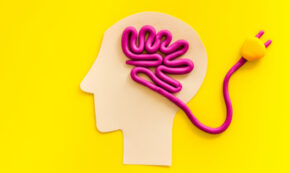 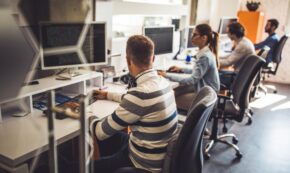 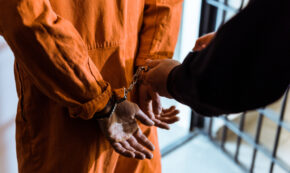 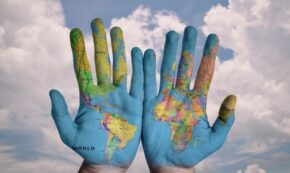