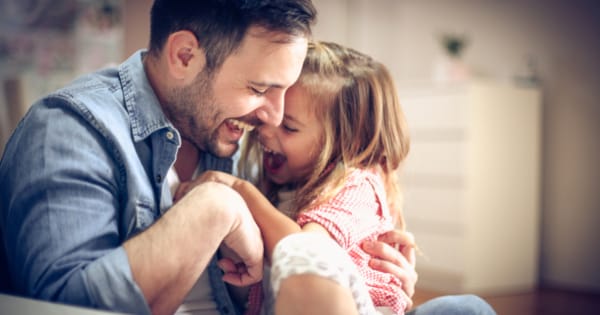 —
I was a Daddy’s Girl for about six years of my life. I was his shadow until my parents separated. After that, our relationship was rocky. He often used me to hurt my mother’s feelings by not showing up when he said he would come to get me. After several disappointments, I cut off contact with him when I was old enough to decide whether I wanted to keep trying to visit him.

Still, he remained a fantasy in my mind. I thought he was the piece missing from my happiness. If I could just have a relationship with him, everything would be perfect.

I used to dream about him apologizing for his absence and then we would reconnect the way they did in the movies. He would become the father of my dreams. I always thought if he just got to know me and see who I had become, then he would realize he was missing out and would want to become an active participant in my life. He would have to love me back when he saw how wonderful I had become. That never happened. We made attempts to reconnect over the years, but they always ended in my disappointment.

When I was 28 years old, I received a call from a doctor at a hospital in San Diego. I sat bolt upright as the doctor explained that my father was in the intensive care unit on life support. He had had an asthma attack and was in a coma for a couple days. I was the next of kin and the one who had to make the decision as to whether they should continue care or turn off his ventilator. Imagine being the one to decide whether someone lived or died, someone whom you hadn’t seen or spoken to in 10 years. My first reaction was to do nothing. I told the doctor to keep him on life support while I figured out what I should do. The doctor was very understanding and asked me to call him back when I knew what I wanted to do.

I spent a sleepless night trying to figure out what was my duty as a daughter and feeling a huge burden that I wasn’t prepared to make the decision. The next day, they called me back and told me my father had awakened from his coma and seemed like he would recover.

You would think that would rekindle our relationship, but it didn’t. I didn’t even speak to him. He moved on with his life and I moved on with mine.

Fast forward to my 33rd year of life when I was lying in bed next to my boyfriend at his house. My phone started going crazy. I groggily answered the phone. I was barely awake when my brother told me that our father died. It took me a minute to process his words because it felt like a dream. Suddenly, the doorbell rang repeatedly and someone was frantically knocking at the door. My boyfriend got dressed and ran down the stairs. He returned with my sister behind him. She said, “I wanted to be here when you found out your father died.”

He had another asthma attack, but this time, his heart stopped and they couldn’t resuscitate him. He never even made it to the hospital.

I was numb. I was sitting up in the bed staring at my sister and listening to my brother talk on the phone. My boyfriend was hugging me, but I was just lost in thought. I didn’t know how to feel. Finally, we both got dressed and we all went to my mother’s house.

I was a product of my mother’s first marriage. My brothers and sister and I don’t share the same father, so technically, this was my journey alone. My Father was in Texas while I lived in Philadelphia. I would have to fly there so I could handle his affairs as his next of kin. My mother and stepfather paid for the travel expenses for me, as well as for my brother and my boyfriend so I didn’t have to go through it alone. We set off on an adventure to bury a man who shared his last name with me, but whom I knew very little about.

We were greeted by my Father’s Sister, who I remembered from being a child, but who was also a stranger to me. We spent a week in my Father’s apartment. I had to go through his things and decide what I wanted or what should be done with his material possessions.

It was weird. It felt invasive. I assume when a parent you are close to dies that you feel a sense of entitlement or familiarity to their things as you were apart of their life. I felt completely disconnected. I looked at everything trying to figure out what type of man he was. But, I also felt like I was invading his privacy.

Maybe there was a part of me trying to figure out if we shared anything in common. What made him happy? How did he live his life? It was all so foreign to me. But, I felt like I was an explorer learning about ancestors more than a daughter.

I did find a box with some mementos. There was a card I had created when I was probably 3 years old. A clipping of a news article I had written that was published while I was in high school. And, a picture I had never seen. I was surprised that I was there. I always wondered if he carried a picture of me; he did in his wallet and kept one beside his bed.

I met people who cared about him and they talked about him with such love and reverence. He was someone who took care of them in small ways. He was thoughtful and gave them support. I couldn’t help but think of how I missed out on those things that he had given to strangers. But, I didn’t let myself think too deeply about it. There was no place for my resentments even if mixed emotions were swirling inside of me.

Finally, we sat with the funeral director and we planned his memorial services. She looked at me and asked, “What type of service do you think we should have for your father?” I fell silent. I had no idea. I didn’t know enough about him to know what he would want or even what was fitting. The woman looked at me as I searched her face, finally my aunt and brother jumped in and together they shaped a memorial while I just agreed to everything. I felt relieved and conflicted at the same time. It felt so odd and unnatural.

We laid him to rest in a way that was satisfying to everyone else. We received the sentiments of people who loved him. Then, we got on a plane and came back home. I cried tears, but they weren’t my normal tears of bereavement. I thought I would, someday, give him an opportunity to redeem himself as a grandfather for what he hadn’t been able to give me as a father. My aunt said he was planning to reconnect with me and was working up the nerve to apologize before he died.

I had to let the fantasy finally die with the man. And, I tried to bury those unmet needs with him.

Facebook36TweetPin1EmailShares37
wpDiscuz
0
0
Would love your thoughts, please comment.x
()
x
| Reply
Share this ArticleLike this article? Email it to a friend!
Email sent!