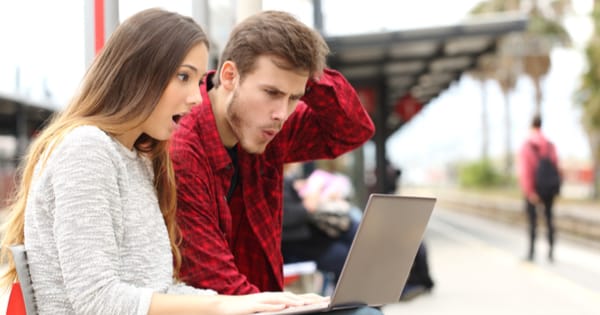 As an elementary school teacher, one of my most unavoidable daily activities is resolving conflicts. Children—like their parents—are exceptionally skilled at getting each other upset. Rare is the week that I don’t have to take several students one at a time into the hallway to have private conversations about who did what to whom. Occasionally everyone has to make a trip to the principal’s office.

Fortunately, most of the problems I deal with are utterly trivial in nature. You might go as far as to say that nothing really happened. Perhaps someone’s foot has crossed the invisible but undeniable border that separates one desk from another. Maybe one student grabbed a crayon that someone else wanted. I’ve even had one second grade boy complain to me that the girl seated across from him was smiling.

That kind of unwanted smile came to mind recently when I saw the photo of a student from Covington Catholic High School apparently smirking at Native American activist Nathan Phillips as he played a drum in the public plaza in front of the Lincoln Memorial. For some, that look of mirth became emblematic of the increasing visibility of White Supremacy in the aftermath of the 2016 election: the smug sneering adolescent and his friends, some donning MAGA caps, mocking and taunting a respected Native Elder on the day of the Indigenous Peoples March.

Like most people, my initial reaction to the image was visceral. I immediately assumed that the MAGA boys from Covington were, in fact, impinging on a Native American celebration, taunting a member of a vulnerable group and, in fact, mocking a ceremony.

Then I caught myself.

As a teacher, I’ve had many moments where conflicts that seemed simple were not. I’ve seen children who appeared to be bullies turn out to be victims trying to defend themselves. And I’ve known plenty of apparently sweet children that could act downright nasty when adult eyes were not upon them. Most importantly, I’ve learned that there are always as many sides to a story as there are people involved.

So I decided to take a strategic pause from my outrage.

As more facts emerged, it became clear that the initial impression most of us had was not accurate—or at least not complete. A nearly two-hour video of the incident revealed that, among other things, the high school students were being baited with racial and homophobic slurs by members of the Black Hebrew Israelites, an organization identified by the Southern Poverty Law Center as a hate group, that the students were responding to these insults with relatively good-natured school cheers and that Mr. Phillips had inserted both himself and his drum into this mix to defuse the tensions. Whether in a spirit of gentle mockery or grateful release, some of the students began to dance along to the drum beats until it was time to depart for their bus.

In other words, nothing really happened.

There were no fights or threats of violence, no signs of the imminent demise of our republic. In the end, all we saw was a small group of men exercising their constitutional right to spew vile ideas, a larger group of teenagers exercising their right to respond to those ideas and a lone musician attempting to break the whole thing up with a well-executed rhythm.

I could jump in and take sides, of course. It’s easy enough to question why any political group feels the need to hurl homophobic and racial insults as part of its core appeal. Or why a grown man thought it was a good idea to march into a crowd of worked-up high school students.

And don’t get me started on the MAGA-cap teenagers coming home from an anti-abortion rally.

But, in the end, the entire event would have barely been a blip on the radar were it not for the omnipresence of social media. While partisans of all stripes have rushed to insert their own interpretations of this episode, I hope that the true lesson we can all learn from this is that we have to pause before we react. Like my irritated second grader, we have to realize that sometimes the smile of a stranger may have nothing to do with us at all.

We all need to be wise enough to grasp that even in the most viral videos trending on Facebook or YouTube, sometimes nothing really happened.