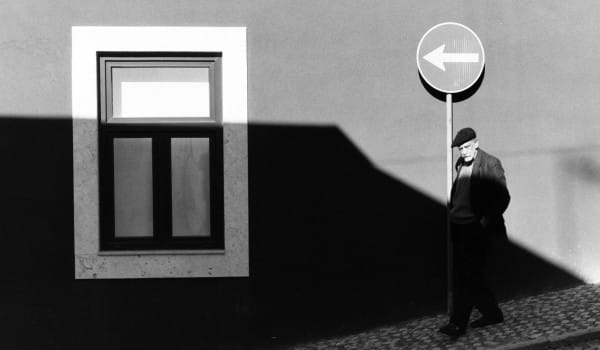 The last time I wrote, I was talking about grace (something that I don’t see myself shutting up about anytime soon). I wrote how, in the Gospel, it’s often the weak who encounter God before the strong. (The impure before the pure. The wounded before the unblemished. Etc.)

One of the Pharisees invited Jesus to eat with him. After he entered the Pharisee’s home, he took his place at the table. Meanwhile, a woman from the city, a sinner, discovered that Jesus was dining in the Pharisee’s house. She brought perfumed oil in a vase made of alabaster. Standing behind him at his feet and crying, she began to wet his feet with her tears. She wiped them with her hair, kissed them, and poured the oil on them. When the Pharisee who had invited Jesus saw what was happening, he said to himself, If this man were a prophet, he would know what kind of woman is touching him. He would know that she is a sinner.

Jesus replied, “Simon, I have something to say to you.”

“A certain lender had two debtors. One owed enough money to pay five hundred people for a day’s work. The other owed enough money for fifty. When they couldn’t pay, the lender forgave the debts of them both. Which of them will love him more?”

Simon replied, “I suppose the one who had the largest debt canceled.”

Jesus said, “You have judged correctly.”

Jesus turned to the woman and said to Simon, “Do you see this woman? When I entered your home, you didn’t give me water for my feet, but she wet my feet with tears and wiped them with her hair. You didn’t greet me with a kiss, but she hasn’t stopped kissing my feet since I came in. You didn’t anoint my head with oil, but she has poured perfumed oil on my feet. This is why I tell you that her many sins have been forgiven; so she has shown great love. The one who is forgiven little loves little.”

Then Jesus said to her, “Your sins are forgiven.”

The other table guests began to say among themselves, “Who is this person that even forgives sins?”

Jesus said to the woman, “Your faith has saved you. Go in peace.”

In this passage, Jesus takes the religious ‘elites’ to school and flips the script on what they think God is about.

What’s so interesting about Jesus is that his greatest ‘opponents’ weren’t people who believed they were bad. They were (always) people who thought they were good.

When Jesus said, “I did not come to call righteous people, but sinners,” he wasn’t dividing the human race into ‘good’ people who don’t need him and ‘bad’ people who do. What he’s saying is that there are only two kinds of people: sick people who think they’re healthy and sick people who know that they’re sick (“sick”, according to our overblown image of perfection).

Yes, we’re all imperfect in some way(s). We all have cracks and scars on the inside.

We’ve all been kicked around by this thing called life to some degree. And we all need restoration at the soul level.

Every. Single. One of us.

It’s the person who knows he’s sick who goes to seek help. The one who ignores his symptoms and carries on with chin held high is in for a crash sooner or later. Spiritually speaking, it’s only when we know that we’re internally in need of restoration that we open our hearts to God’s unending grace. When we’re in self-righteous denial, we don’t.

The pharisee in the story thought he was healthy. The woman knew better. She was the one who Jesus rushed towards and forgave. The pharisee was too far disillusioned in his self-righteousness to save at that moment.

In this story, her heart was full of God’s grace while the man’s heart was hardened against it. She knows that she needs to be forgiven. She knows she’s weak and that she struggles with shame and body issues and wanting to feel loved and whatever else she struggles with. She desires nothing more than purification of mind, soul, body, and spirit. The pharisee thinks he has all of his ducks in a row. And to the rational mind, this makes sense. It says, he’s a nice guy with a clean home, a nice car, and who goes to church every day. She’s a total wreck. If we forgive her, we’ll have prostitutes swarming the streets for godsake! All of our kids will either be junkies or whores. I want a god who favors people like him, not her.

I’ll be the first to admit that I‌ used to see it this way. Absolutely.

But clearly, as seen in the story above, that’s NOT‌ how Jesus sees it.

As for the concern about forgiving ‘bad people’ causing mayhem in society, I want to focus on these lines from the above text from Jesus…

This is why I tell you that her many sins have been forgiven; so she has shown great love. The one who is forgiven little loves little.

Jesus is teaching the pharisee about the divine dichotomy of forgiveness. Most people think (me included, but I’m coming around) that forgiving too freely leads to chaos. If we forgive them, they’ll just keep robbing, killing, doing drugs, watching porn, etc. But this isn’t the case (at least in the long run) in Jesus’s book. He’s saying that forgiveness leads to people being more loving. It’s when we’re judged and convicted by people that we do more bad. That the more legalism you find anywhere, the deeper the transgressions you’ll find there as well (hence the image of the pastor’s daughter — which I’m terrified about with my little girl if I ever get ordained, btw).

When we come to the conclusion that we’re ‘good people’, it’s not a good sign. We’re on spiritually shaky ground when we start to believe that we deserve God’s love — that we’ve lived such a righteous life that we’re more deserving of the gifts of God. This is when humans get nasty and biting towards their neighbors. Because in order to feel ‘good’ and ‘deserving’, we also have to have picked someone (or a group of people) who is comparatively ‘bad’ or ‘undeserving’ (see this post on scapegoating I put up last week for more on that point).

From what I’ve seen and heard, this premise is nonexistent in the Bible. Yes, it’s everywhere in the secular world (as well as in many churches) and it always has been. It’s how the rational human mind works — through hierarchies and merit.

But God operates totally through grace. It’s not about what we do or don’t do.

God couldn’t care less about our posturing or how righteous we think we are. All that God cares about is how open our hearts are to receive God’s love.

Because God knows that this is the only way we’re going to pass on that same kind of supernatural love and forgiveness to our neighbors — only after we’ve experienced it ourselves.

May you not let your own self-righteousness get in the way of that for you. May you realize the healing that you (and all of us) need and the love that waits for you right behind it.